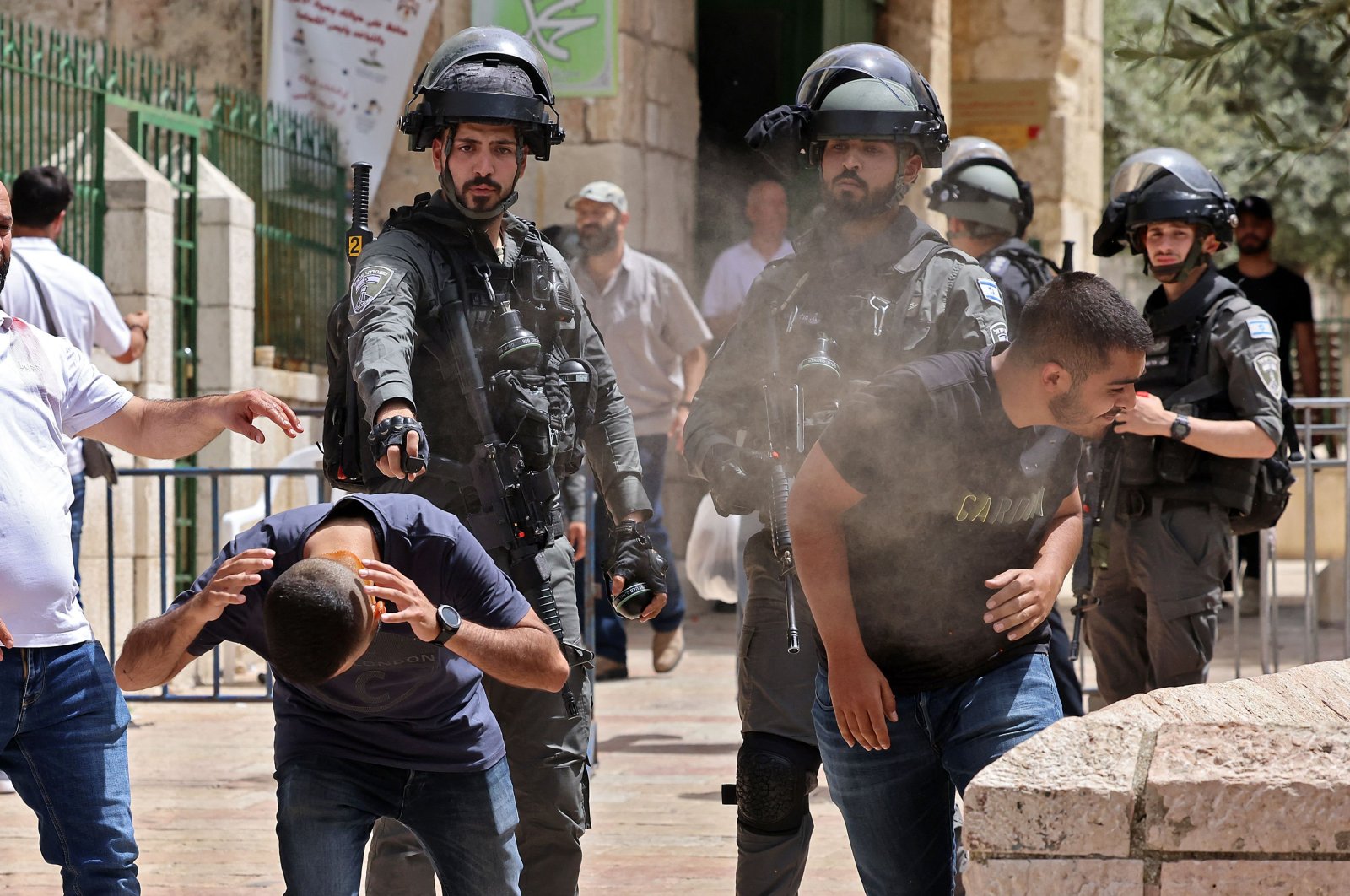 Mohammed Abu Qwider, 23, a resident of Jerusalem, was sitting in the audience celebrating the graduation of his friends. Though he was supposed to be on the stage along with them, Israeli authorities deprived him of the honor.

On Dec. 26, 2017, Abu Qwider was detained by Israeli forces during a raid on his house. He was interrogated for 15 days at Al-Maskobya interrogation center in Jerusalem before he was released by the Magistrate’s Court on parole. He was placed under house arrest for 15 days until the start of his trial.

"After a whole year of trial hearings, I was indicted with incitement through social media and membership in a banned organization,” Abu Qwider told Anadolu Agency (AA).

On Dec. 29, 2021, the Palestinian youth was sentenced to six months of community service.

"I was sentenced to serve the community for six months without any financial payment,” Abu Qwider said. "I began to serve my sentence as of January 2021 for a period of six months.”

The young Palestinian served his sentence at Hadassah Hospital in the al-Esawiyah neighborhood in Jerusalem for eight hours a day, five days a week.

Every morning, Abu Qwider, a sociology student at Birziet University, went to the hospital, dressed in a blue T-shirt worn by community service workers, to serve his sentence at the hospital’s kitchen.

"My job was to cut vegetables at the kitchen and distribute them among doctors and nurses,” he said. Once he was inside the hospital’s kitchen, Abu Qwider was forbidden from going anywhere, contacting visitors or leaving before the end of the assigned timeframe – no matter what the reason was.

"Jewish holidays were official holidays, but this didn’t count for me during the sentence. I must make up for these holidays on official working days, and this has led to extend the term of the sentence," Abu Qwider said.

Before serving his sentence, Abu Qwider was summoned to Eshel jail in the Negev Desert, where the intelligence officer responsible for his file warned him that he would be under surveillance all the time.

"The officer used to come to the hospital every two days to see if I was committed to my sentence of community service,” he said.

The sentence has negatively affected Abu Qwider’s academic progress, forcing him to drop out of university as he was unable to reconcile the sentence at the hospital with his evening work at a restaurant in Jerusalem.

Abu Qwider used to tweet every day counting the remaining days of his sentence. On the morning of July 7, his friends celebrated when he tweeted "175,” the last day of his sentence. Israeli courts consider community service as an alternative for imprisonment.

"The Israeli occupation seeks to create free manpower for its institutions, without having to pay money,” Abu Qwider said. "This type of punishment is a method of reducing the financial costs that the occupation must pay if the person is held in prison.”

Khaled Zabarqah, a defense lawyer, opines that such Israeli sentences aim to suppress and humiliate the Palestinians.

"These practices, which appear to be legal, are in fact an additional attack on the personal and public rights of the Palestinians in Jerusalem,” he said. "In any protest, Palestinian protesters are subjected to prosecution, even though protesting is a right guaranteed by law to every human being in the world,” Zabarqah added.

In 2018, more than 2,500 Palestinians in Jerusalem and Arab cities inside Israel were sentenced to community service, according to Palestinian estimates.