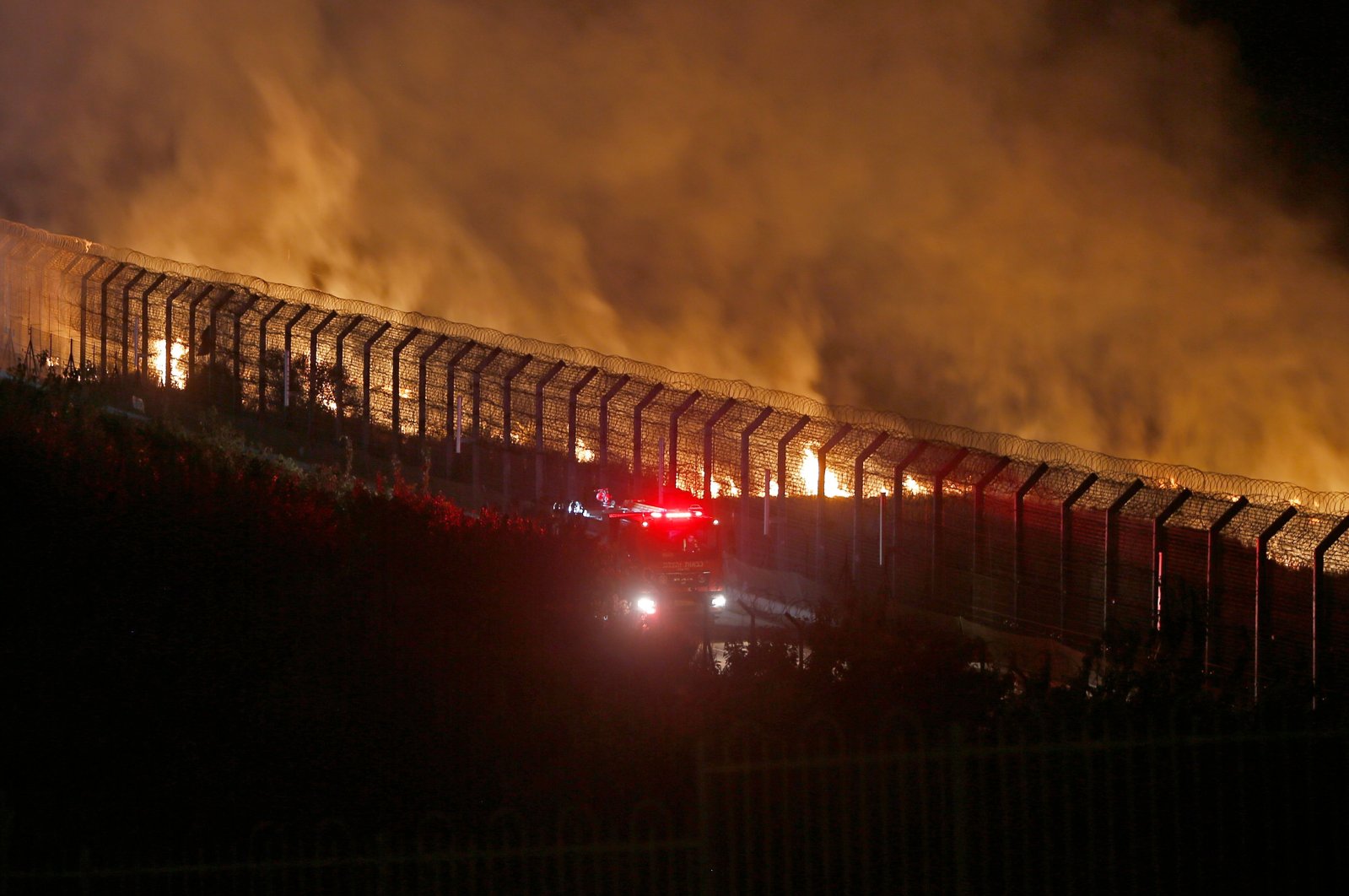 Israeli firefighters battle a blaze on the border fence with Syria, near the Druze village of Majdal Shams in the Israel-annexed Golan Heights, Aug. 31, 2020. (AFP Photo)
by Compiled from Wire Services Sep 03, 2020 12:36 pm
RECOMMENDED

Those killed were "Iraqi paramilitary fighters loyal to Iran, seven of whom were killed outside the city of Mayadeen," said Rami Abdul Rahman, head of the Britain-based Syrian Observatory for Human Rights.

The other nine were killed in strikes south of the city of Albu Kamal on the Iraqi border further east.

Abdul Rahman said Israel was "likely" responsible for the attack, which if confirmed, would mark the second such strike in less than 24 hours and the third this week.

"Our air defenses intercepted most of them," it said, adding that the attack caused only material damage.

Monday's strikes hit Syrian army positions south of Damascus and facilities used by Iran-backed paramilitaries, including fighters of Lebanon's Hezbollah movement, in the southern province of Daraa, the Observatory said.

Israel has carried out repeated strikes in Syria since the civil war erupted in 2011, mainly targeting regime forces and their Iranian and Hezbollah allies. In January, the Syrian regime accused the Israeli Air Force of carrying out an attack on the T-4 Airbase in central Syria, which the Syrian Observatory for Human Rights said killed at least three Iranian-backed militia members.

The Israeli army rarely acknowledges individual strikes but did confirm on Aug. 3 that it had used fighter jets, attack helicopters and other aircraft to hit military targets in southern Syria.

In January, the Syrian regime accused the Israeli Air Force of carrying out an attack on the T-4 Airbase, which the Observatory said killed at least three Iranian-backed militia members.

Last year, the Observatory said Israeli airstrikes killed three foreigners fighting alongside government forces south of the capital. The previous month, the Israeli army claimed responsibility for a wave of airstrikes against Syrian military sites and Iranian forces that killed 23 people, including 16 foreigners.