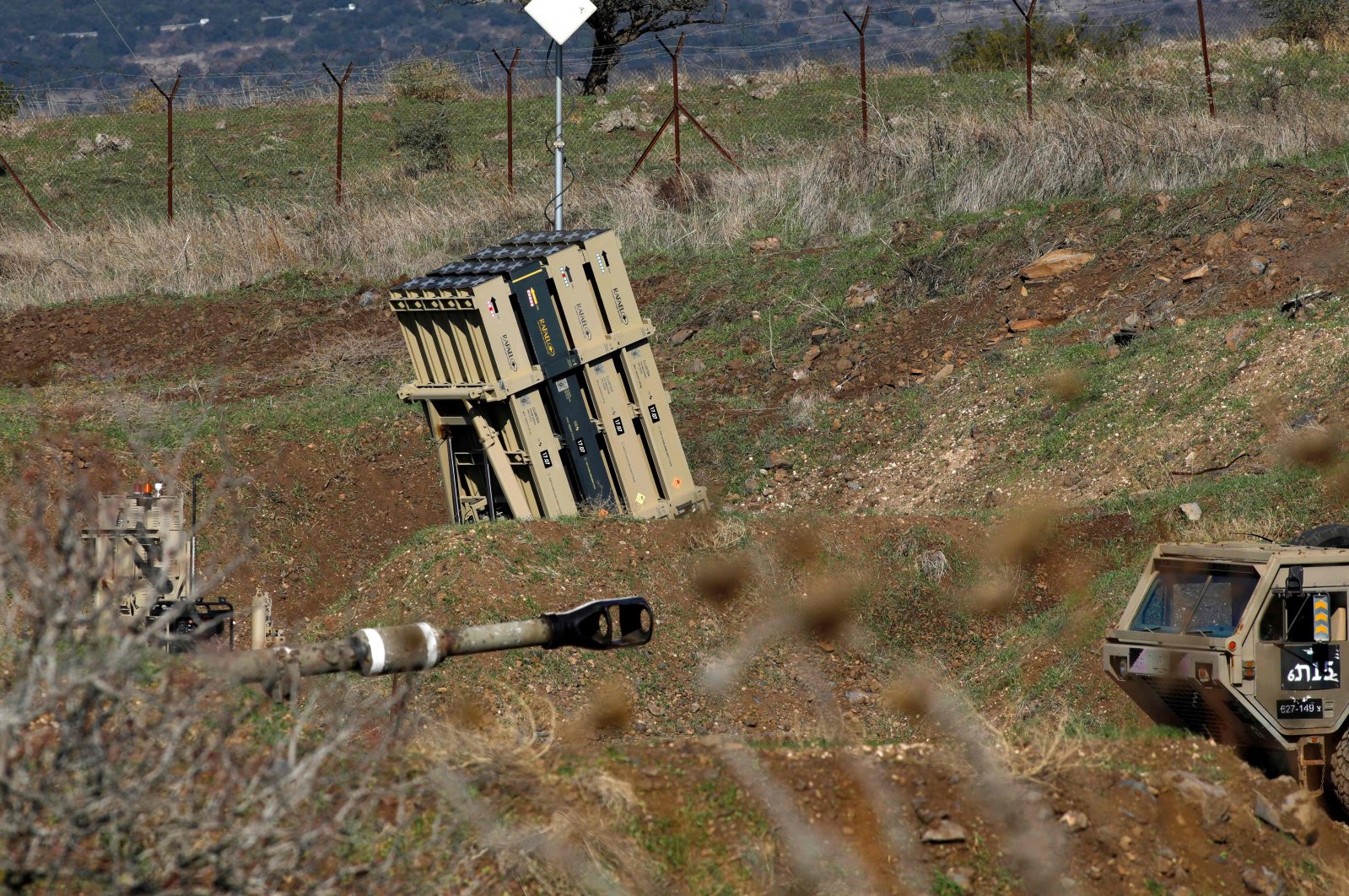 A battery of Israel's Iron Dome, designed to intercept and destroy incoming short-range rockets and artillery shells, is pictured in the Israeli-annexed Golan Heights near the border with Syria, on Nov. 18, 2020. (AFP Photo)
by French Press Agency - AFP
Nov 25, 2020 12:16 pm

The strikes targeted an arms depot and a position held by Iranian forces and their Lebanese ally Hezbollah near the capital Damascus, and a pro-Iran militia position in southern Syria, the Syrian Observatory for Human Rights said.

The nationalities of the dead fighters were not immediately known, the Britain-based monitor said.

SANA also reported another strike against the village of Rwihinah in the southern province of Quneitra near the Israeli-occupied Golan Heights, without reporting any casualties from either attack.

Israel has carried out hundreds of air and missile strikes on Syria, targeting regime troops as well as Iranian and Lebanese Hezbollah forces that support Bashar Assad.

Last week, Israeli warplanes struck Iranian targets in Syria, in what the Israeli army called a retaliatory attack for what it said were explosive devices found near one of its bases on the Golan Heights.

Syria's war has killed more than 380,000 people and displaced millions more since starting in 2011 with the brutal repression of anti-government protests.