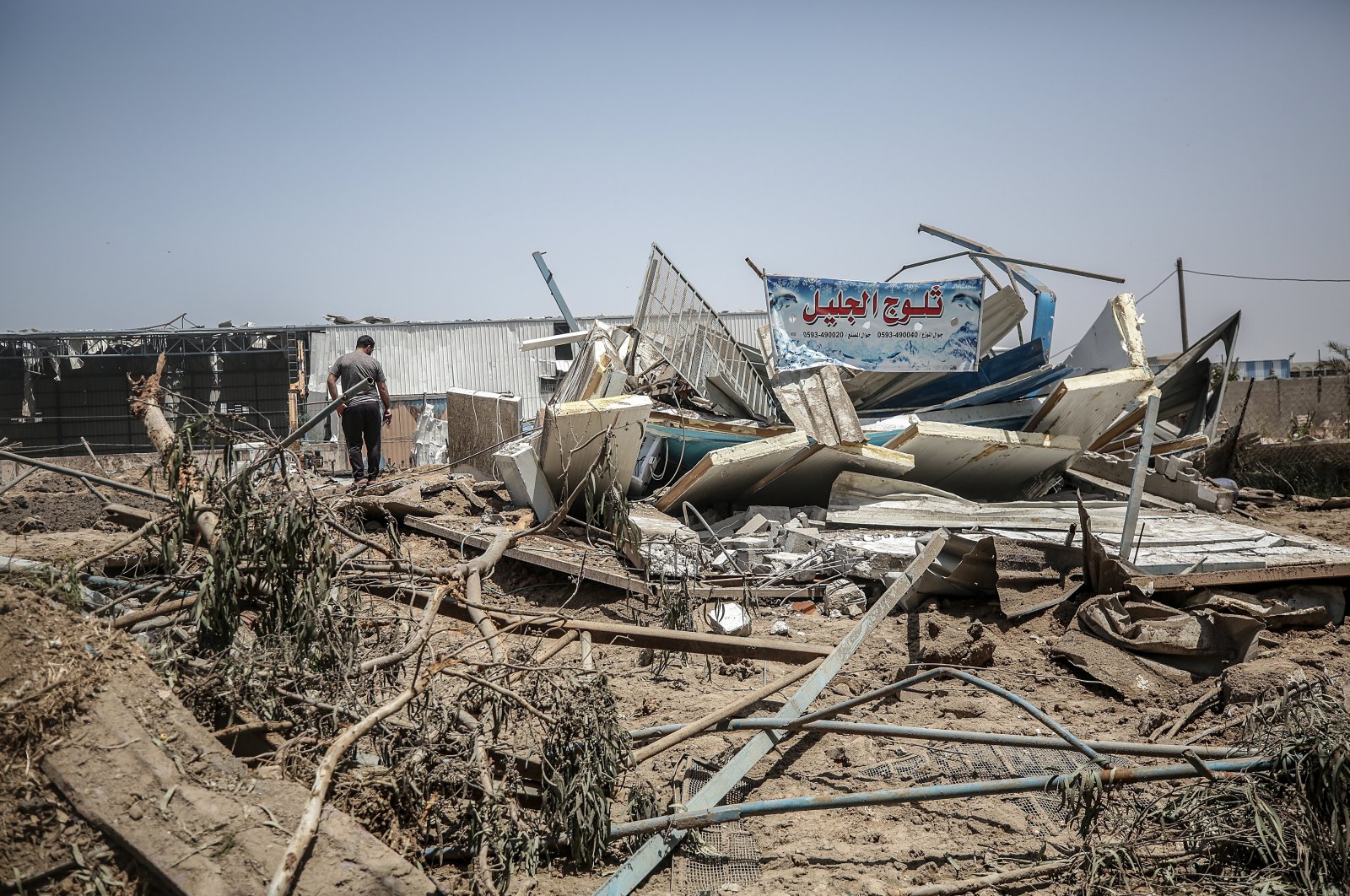 Palestinians inspect the rubbles of a destroyed factory in the aftermath of an Israeli airstrike in the east of Gaza, May 11, 2021. (EPA Photo)
by Anadolu Agency May 11, 2021 5:41 pm
RECOMMENDED

Israeli fighter jets continued to bomb civilian targets including a school run by a charity group on the Gaza Strip Tuesday.

"Israeli raids have targeted a school run by the Al-Salah Charitable Society affiliated to Hamas located in the city of Deir Al-Balah in central Gaza,” an Anadolu Agency (AA) correspondent reported, quoting eyewitnesses.

Other eyewitnesses reported a number of homes on the Gaza Strip being targeted by Israeli raids, with the total number still unknown.

Earlier today, Israeli warplanes bombed an apartment in the al-Rimal neighborhood in the western strip, killing two Palestinians and injuring others.

The planes also targeted various locations in the city of Khan Yunis south of besieged Gaza, including an abandoned house.

The Israeli army claimed that it has so far targeted 130 positions in Gaza and killed 15 members of the Hamas group in strikes on Gaza. It said late Monday that a military operation had been launched to respond to what it said was rocket fire from the Gaza Strip, with its offensive killing 26 Palestinians and injuring 122 others in the process.

Hamas' military wing the Izzuddin al-Qassam Brigades said in a statement that it fired a volley of rockets targeting the Israeli cities of Ashkelon and Ashdod in response to Israeli aggression on civilian homes.

Israeli media reported that one Israeli was killed and eight people were injured, one of them seriously, due to the rockets.