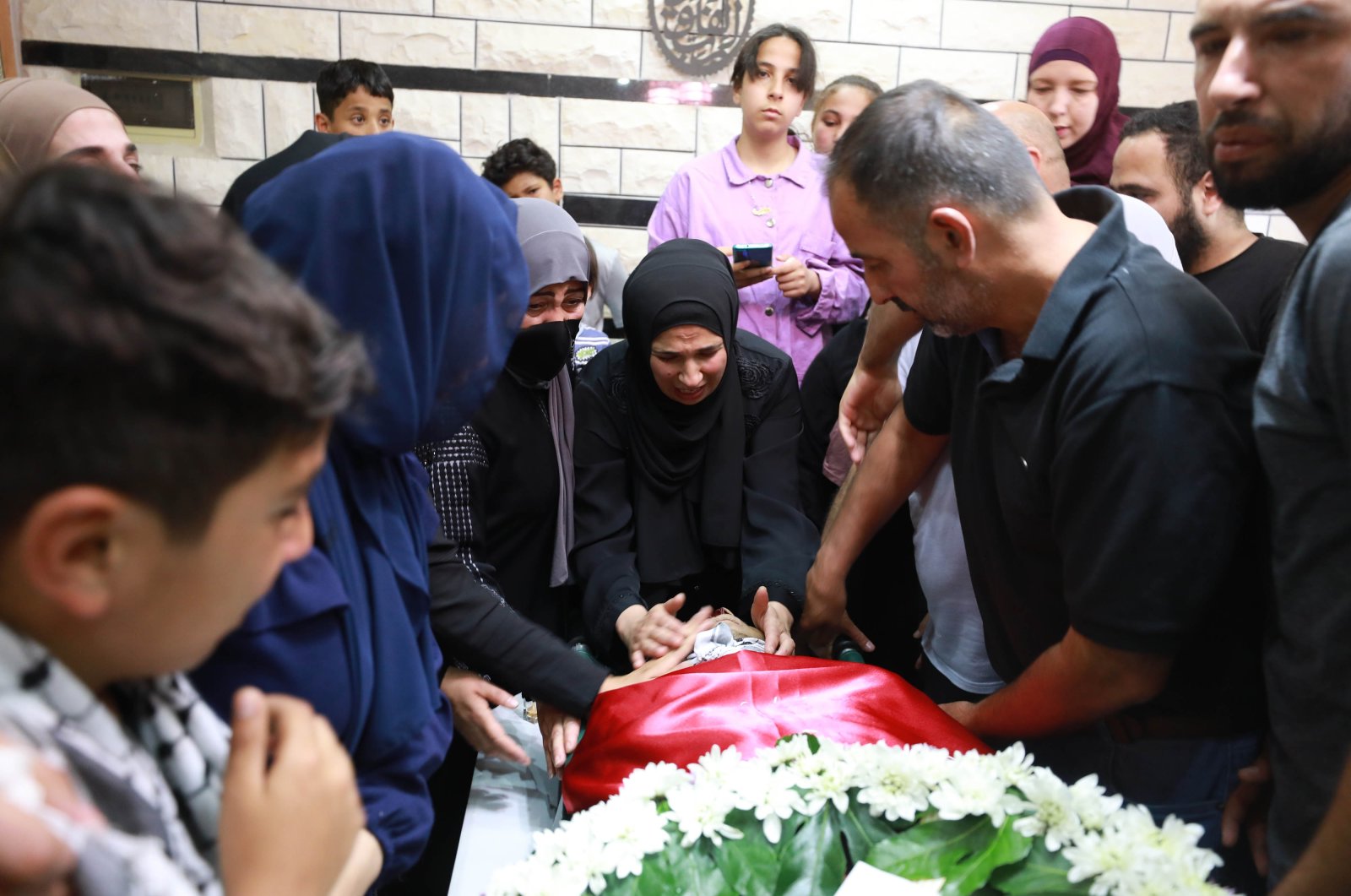 Relatives mourn at the funeral for another Palestinian teen who died as a result of Israeli fire, 16-year-old Mohammed Abdullah Hamid, in the occupied West Bank, Palestine, June 30, 2022. (AA Photo)
by Anadolu Agency Jul 03, 2022 5:30 pm

A young Palestinian boy Sunday succumbed to injuries sustained from Israeli army fire in the occupied West Bank a day earlier, according to a local medic.

On Friday, Kamel Alawneh, 19, was shot in the abdomen by Israeli forces in the town of Jaba' near the city of Jenin.

"He breathed his last breath on Saturday," Jani Abu Gokha, the director of Ibn Sina Hospital in Jenin, said in a brief statement.

Alawneh's brother was killed by Israeli forces in 2003, according to the state news agency Wafa. Israel has also imprisoned his father.

According to Palestinian figures, at least 70 Palestinians have been killed by Israeli army fire since the beginning of this year.