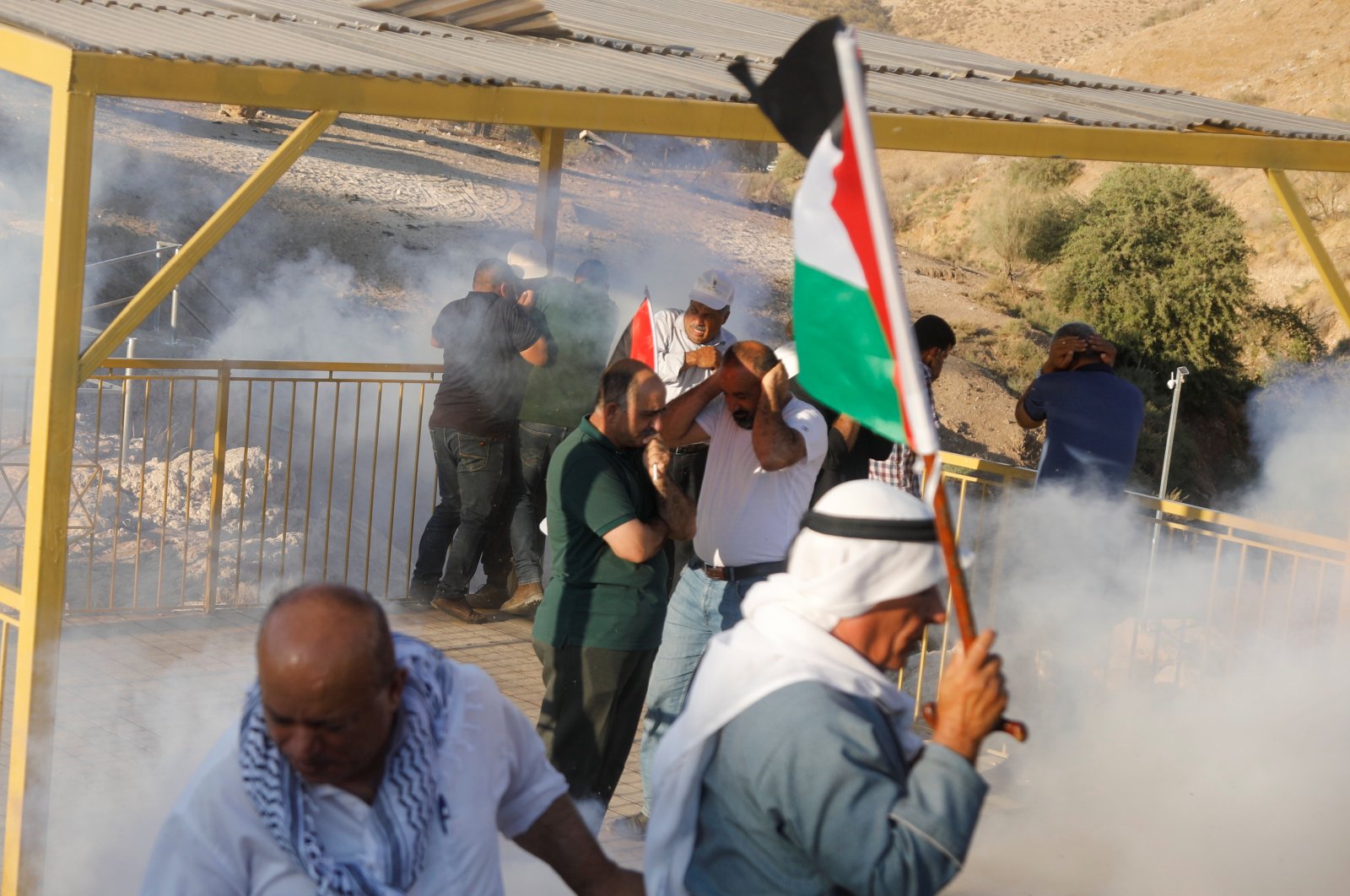 At least 13 Palestinians were wounded by Israeli forces Tuesday as they protested against settlement activity in the northern Jordan Valley area of the West Bank.

In a statement, the governorate of Tubas said Israeli soldiers assaulted a number of Palestinians, including Tubas Governor Younis al-Assi, while they were participating in a rally against attempts by Israeli settlers to take over a water spring in the Ain al-Hilweh area.

The director of the Bil’in Popular Committee Against the Wall and Settlements, Abdullah Abu Rahmeh, said Israeli forces dispersed the rally by assaulting the participants and using pepper spray. For months, he said, Israeli settlers have never stopped in their attempts to seize control of the spring and to forbid Palestinian shepherds from using the water. The Israelis even went as far as to build a fence around it to prevent shepherds from reaching it.

Almost on a daily basis, Palestinians rally across the occupied West Bank in protests against Israeli settlement activity. However, the Israeli army uses force to disperse them. International law views both the West Bank and East Jerusalem as "occupied territories" and considers all Israeli settlement-building activity there illegal.