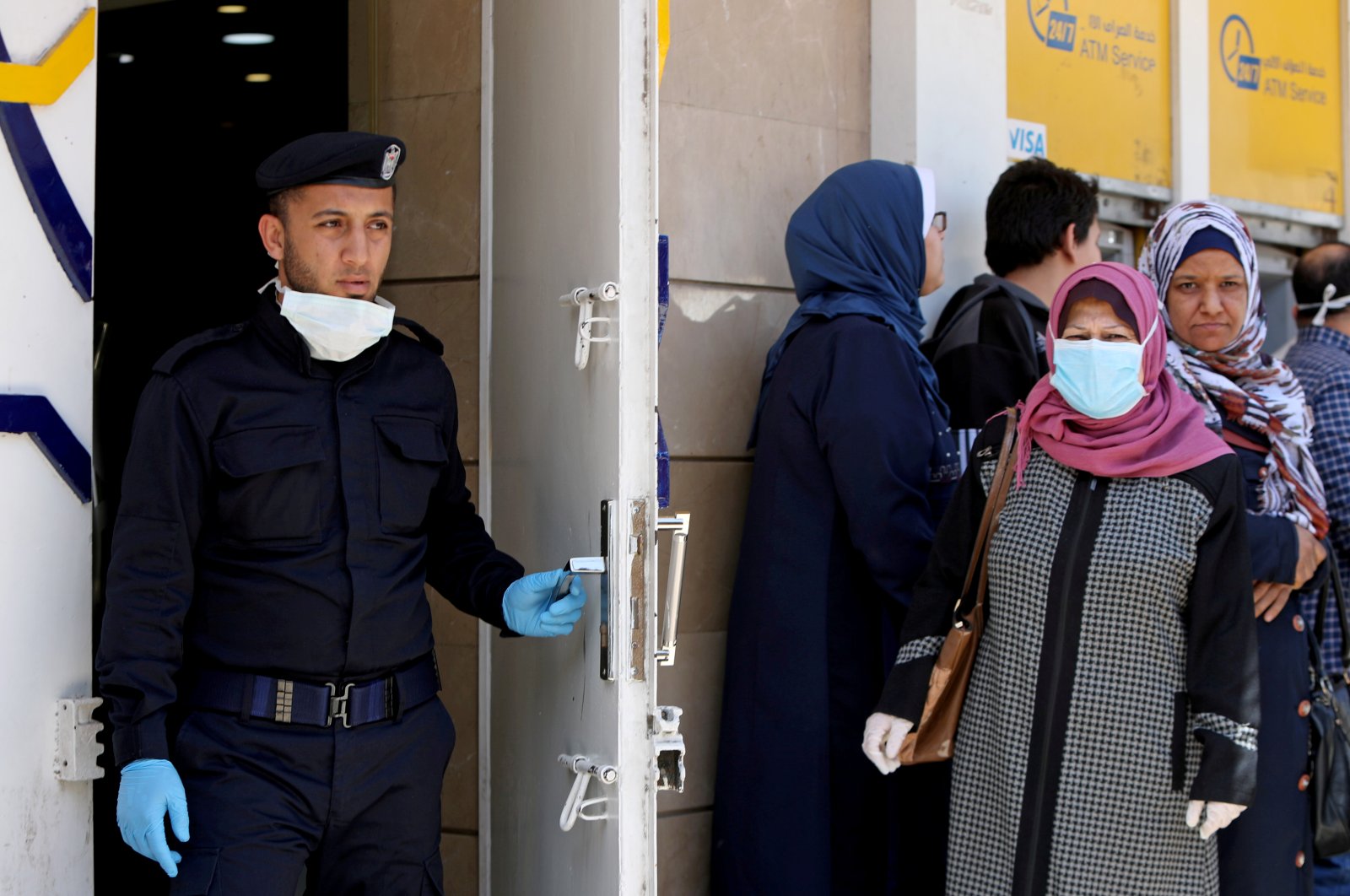 A Palestinian policeman stands guard as a woman, wearing a mask as a precaution against the coronavirus disease, waits with other people outside a bank to withdraw cash, Gaza City, March 29, 2020. (REUTERS Photo)
by REUTERS Apr 08, 2020 8:08 pm
RECOMMENDED

The Gaza Strip has no more coronavirus test kits, Palestinian health officials said Wednesday, amid fears of disaster if the illness spreads in the blockaded, densely populated enclave.

The impoverished coastal strip has for years been blockaded by neighboring Israel, which it says is needed to stop weapons and money reaching its enemy, Hamas.

Gaza has reported 13 cases of coronavirus infection, all of whom are at quarantine facilities. But officials have voiced concerns that a shortage of critical equipment and medical supplies could set off a rapid spread among the enclave's 2 million people.

In a news briefing, al-Qidra said dozens of samples were waiting to be tested and hundreds of people would likely have to remain in quarantine facilities as a result.

He appealed to international organizations to provide Gaza with testing kits as well as 100 ventilators and 140 beds for intensive care units.

Hamas has closed schools, mosques and wedding halls, and banned large street gatherings to halt the contagion's spread. However, it has not moved to impose a lockdown on Gaza's 2 million residents, saying it was not yet necessary.

Israel, which tightly controls movement in and out of Gaza, last week linked any coronavirus aid it might offer Palestinians there to progress in its attempt to recover two Israeli soldiers lost during the 2014 war in the enclave.

Also last week, Norway, which chairs a major donor group to the Palestinians, pleaded for more funding for Gaza and the Israeli-occupied West Bank to help stave off a humanitarian disaster.

One death and 250 cases have been reported amongst Palestinians in the West Bank, territory Israel captured in the 1967 Middle East war and where the Palestinian Authority has limited self-rule.