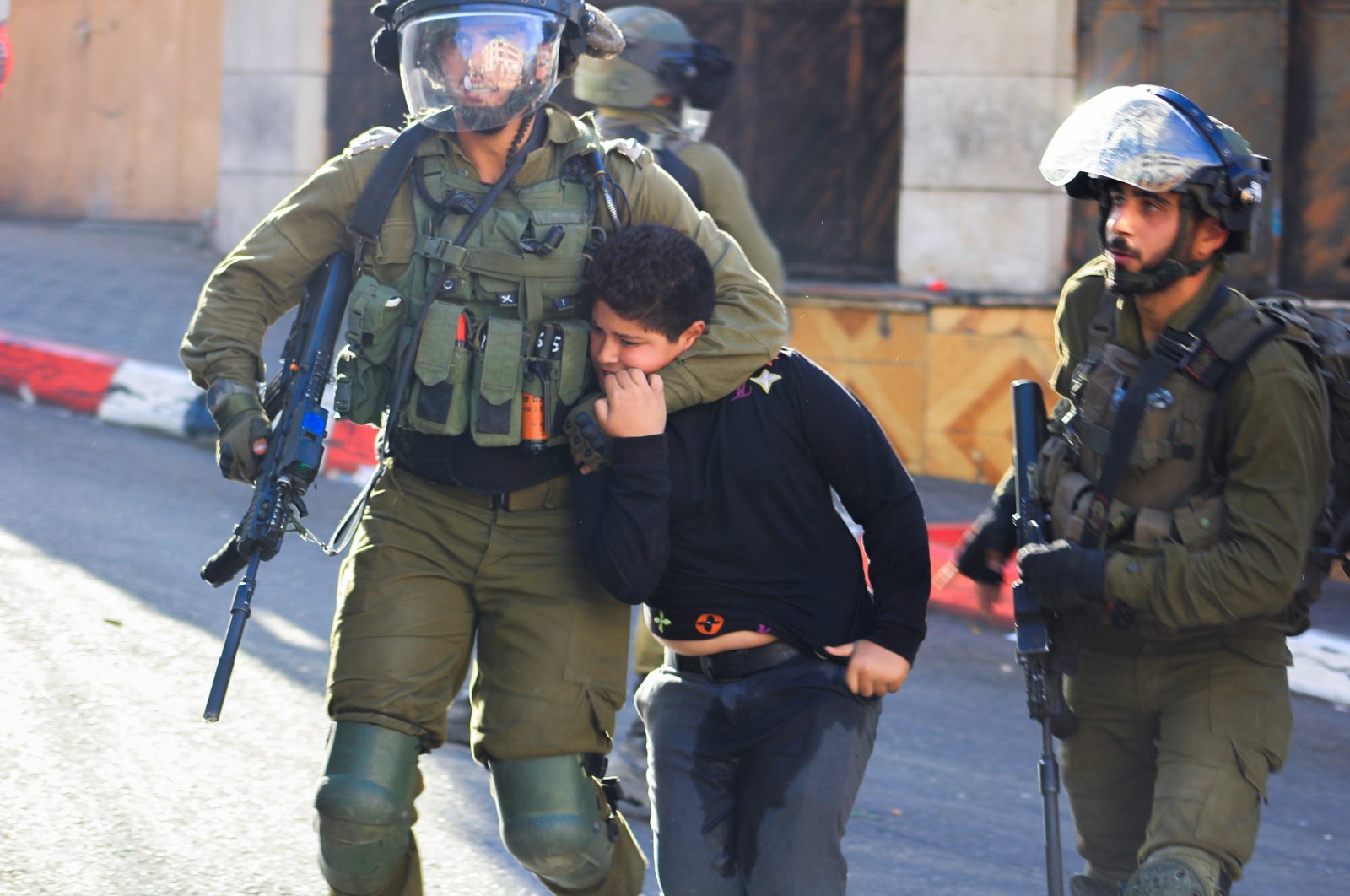 Ismail en-Nicce was brutally battered before being taken to a detention center, according to his uncle, Ziya al-Haddad.

He said "children live in an atmosphere of fear, full of terror every day, and are exposed to punishments by occupying soldiers" in the Old City of Hebron, where the incident took place.

He added that his nephew was detained for three hours.

Israel has frequently come under fire for its violent treatment of civilians, including children.

Many Palestinians in the West Bank and East Jerusalem, including women and children, are sometimes held in detention centers for days after being taken into custody by Israeli forces.

Israel's treatment of Palestinian children in military detention has particularly become a major concern for the international community. A nongovernmental organization (NGO) highlighted numerous rights violations in prisons, saying that more than 850 children have been detained by Israel since the beginning of 2021.

According to the Palestinian Prisoners Society (PPS), since 2015 Israel has been passing new laws that legalize issuing children long prison sentences, in some cases up to life imprisonment.

Palestinian figures show that around 4,850 Palestinians, including 41 women and 225 minors, are currently held in Israeli detention facilities.