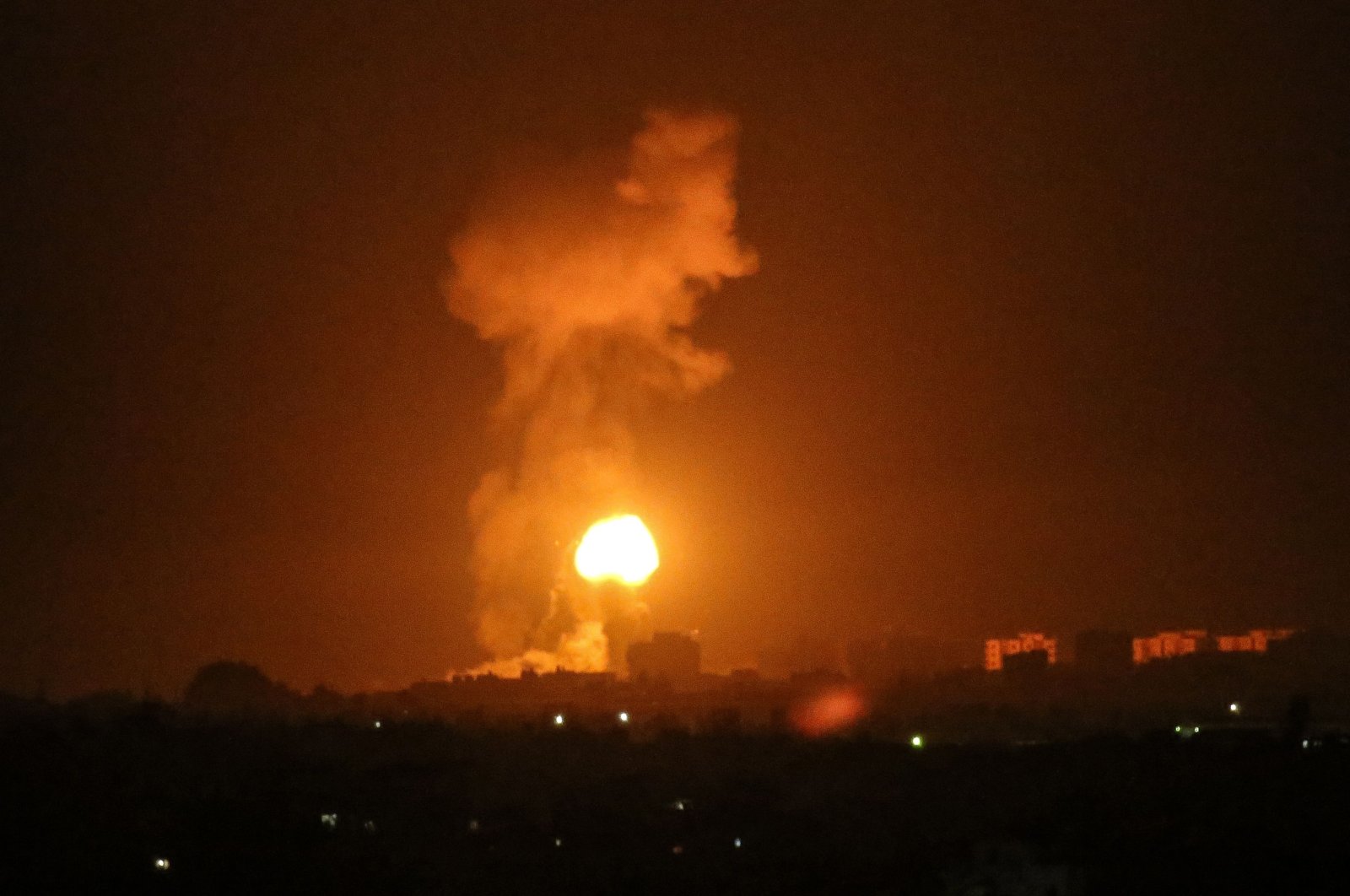 Israel's army on Sunday launched repeated airstrikes against Hamas positions in Gaza and closed the fishing zone around the blockaded Palestinian territory, in the most intense escalation of hostilities in recent months.

The measures came after a week of heightened tensions, including clashes on Saturday evening along the Gaza-Israeli border, the army said.

Over the past week, Israeli forces have carried out repeated nighttime strikes on targets linked to Hamas. The army says they were carried out in response to makeshift firebombs attached to balloons and kites which have been sent into southern Israel, causing thousands of fires on Israeli farms.

Long-simmering Palestinian anger has flared further since Israel and the United Arab Emirates (UAE) on Thursday agreed to normalize relations, a move Palestinians saw as a betrayal of their cause by the Gulf country.

Dozens of Palestinians took part in protests along the perimeter fence. The military said the protesters "burned tires, hurled explosive devices and grenades towards the security fence and attempted to approach it." The Gaza health ministry said Israeli gunfire at protesters wounded two Palestinians.

Israel holds Hamas responsible for all attacks emanating from the Palestinian territory. It comes as Hamas, like other Palestinian factions, denounced the UAE for agreeing to formal ties with Israel.

Following Israeli airstrikes, Defense Minister Benny Gantz ordered the fishing zone off the coast of Gaza closed until further notice in response to the rocket fire, a punitive move often used by the Jewish state in response to Gaza unrest. Israel has also closed its Kerem Shalom goods crossing with the Gaza Strip.

Israel and Egypt have maintained a blockade of the Gaza Strip since Hamas took power in an armed coup in 2007. Israel has fought three wars with Hamas in the Gaza Strip in the years since. The two sides have largely upheld an informal truce, and fighting has ceased almost entirely since the beginning of the coronavirus pandemic.