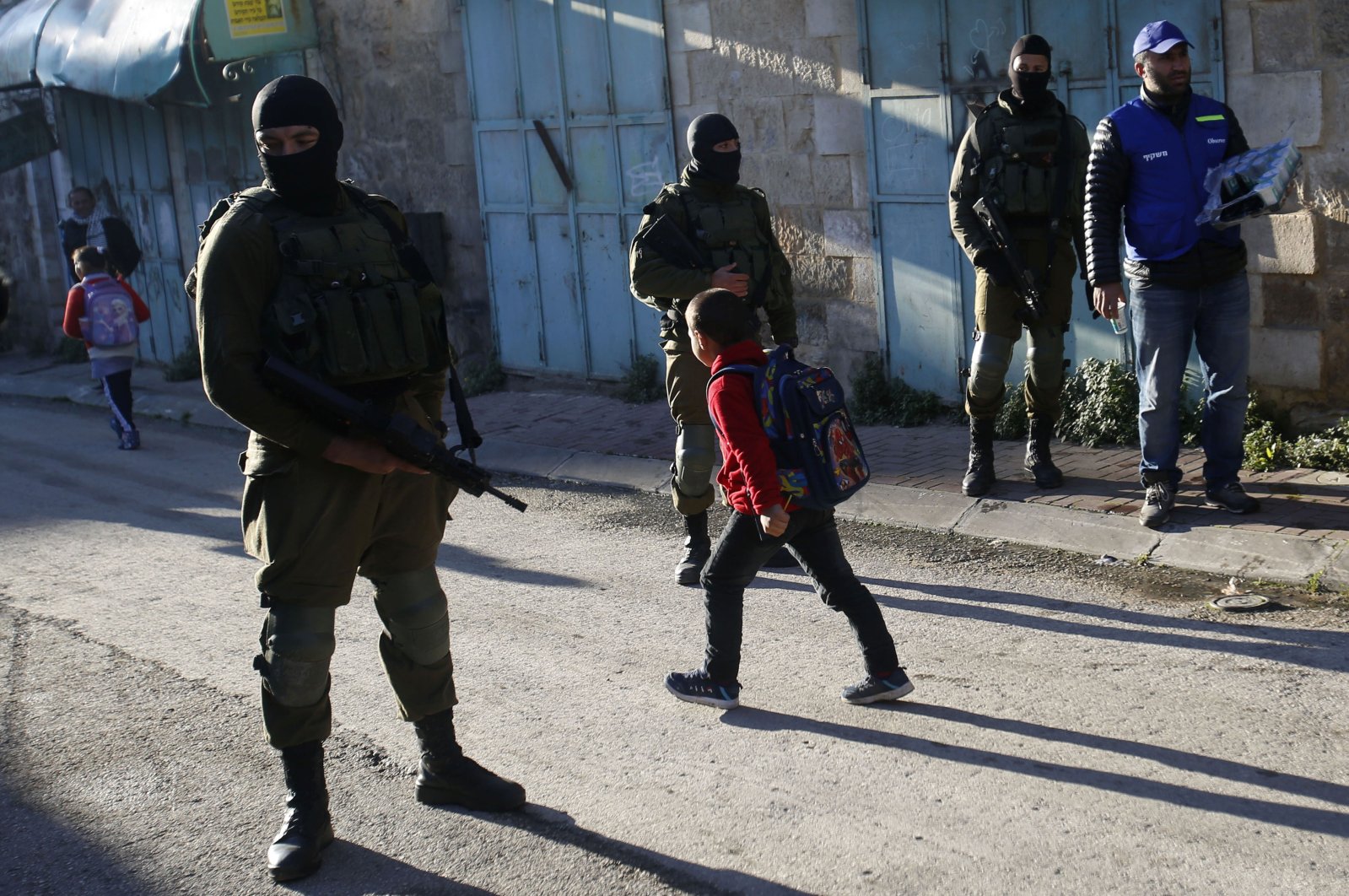 Four days after the beginning of the school year, Israeli forces confiscated chairs, tables and tin panels from a Palestinian elementary school in the occupied West Bank, forcing students to study under the scorching sun, the Jerusalem-based B'Tselem NGO said in a report released Thursday.

The rights group also reported that other materials from the Palestinian school were confiscated by the Israeli authorities. On Sept. 3, 10 tin panels, four cinder block pallets, 30 classroom chairs and 12 tables were confiscated. On Aug. 31, Israeli forces confiscated building materials intended for further construction of the school.

Palestinian children face the challenge of getting an education in the occupied territories as most of their schools only consist of caravans and playgrounds. Destroying the hope and means of education, and with it the future of Palestinian children and youth, Israel effectively does not allow Palestinians to build structures by denying them building permits. Children wearing uniforms and backpacks attend school across the Palestinian territories; however, many listened to their first lesson under the sun while sitting on old tires.

Palestinian schools have long been subjected to Israeli violence. During the 2014 Gaza war, the Israeli army launched a military operation on Gaza, destroying 24 schools. Israeli shelling killed at least 15 Palestinians sheltering in a United Nations-run school and another 17 near a street market.

In February, the U.N. Office for the Coordination of Humanitarian Affairs (OCHA) said that at least 45 schools in Palestine were facing the threat of destruction by the Israeli authority. In a released statement, the OCHA acting coordinator for the occupied Palestinian territories, Roberto Valent, pointed out that a Palestinian school in east Jerusalem was destroyed by Israeli soldiers, and added: "The demolition was carried out on the grounds of lack of Israeli-issued permits, which are nearly impossible to obtain."