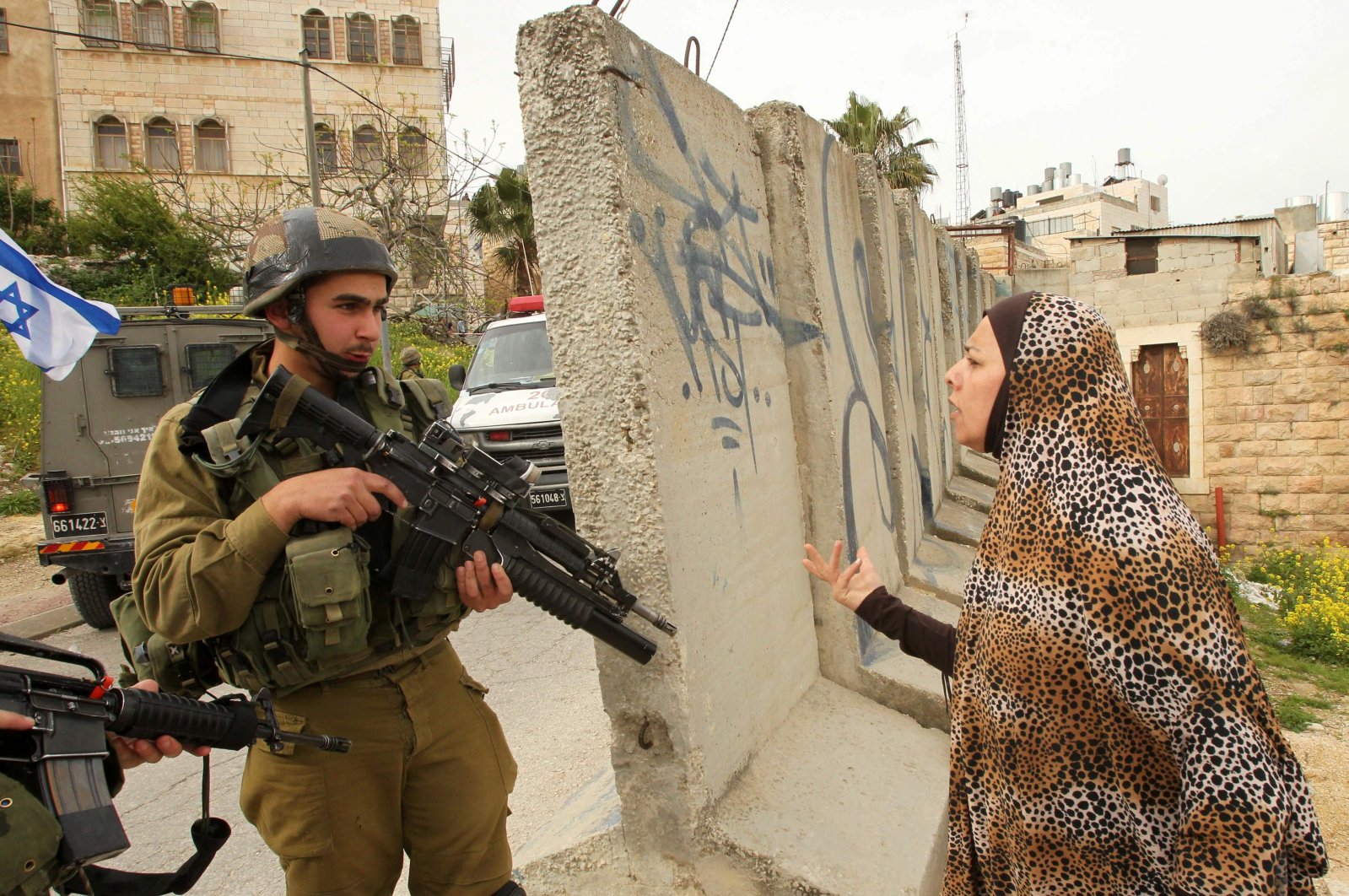 A Palestinian woman speaks with an Israeli soldier at the entrance of the occupied West Bank town of Hebron, Palestine, March 24, 2016. (AFP Photo)
by Anadolu Agency Jan 04, 2021 2:06 pm

Israeli forces raided a hospital in the occupied West Bank on Monday, causing panic among patients, according to the Palestinian health minister.

In a statement, Mai al-Kaili said Israeli soldiers fired stun grenades inside the Thabet Thabet Hospital in the northern city of Tulkarem during the raid.

Al-Kaila condemned the raid as a "new Israeli crime that contradicts all international conventions and norms, and the Geneva conventions."

She went on to appeal to the international community to "intervene to protect the Palestinian people and put an end to the repeated Israeli assaults."

According to the minister, Israeli forces attacked three Palestinian hospitals in the West Bank and the Gaza Strip last month.

The Israeli army frequently carries out arrest campaigns across the occupied West Bank and East Jerusalem on the pretext of searching for "wanted" Palestinians.