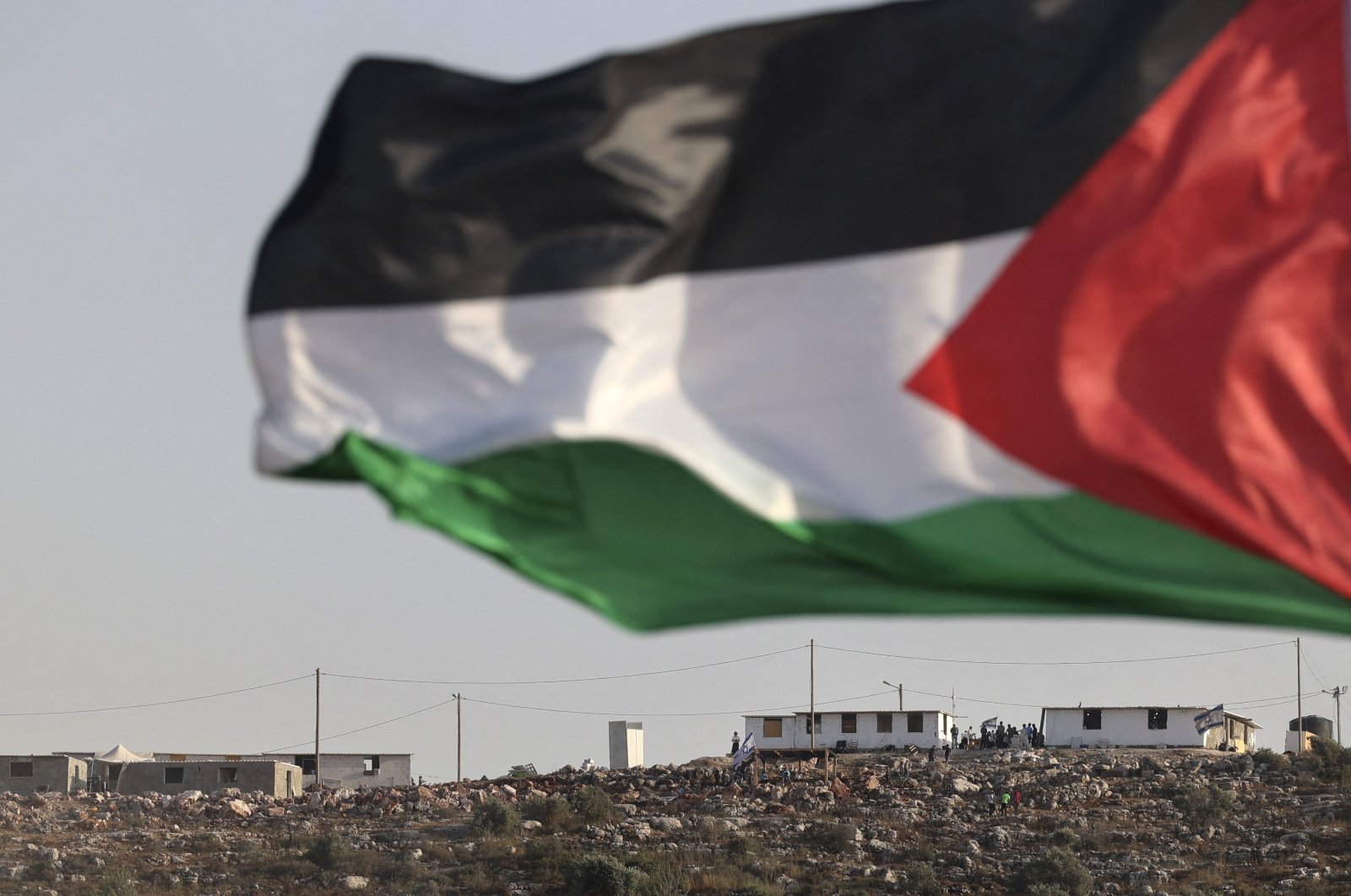 A Palestinian flag flutters across the valley from the newly built Israeli settlers' outpost of Eviatar, near the village of Beita, south of Nablus, in the occupied West Bank, Palestine, June 13, 2021. (AFP Photo)
by Agencies Jun 24, 2021 11:57 am

The new Israeli government led by Prime Minister Naftali Bennett approved a project for the construction of more illegal settlements in occupied Palestine.

The organization said in a statement that the biggest challenge facing the new government was to "turn the ship in the direction of peace" and stop such construction.

The government led by pro-settlement Yamina party leader Bennett and Foreign Minister Yair Lapid of the centrist Yesh Atid was sworn in on June 13. The coalition consists of eight parties spanning Israel's ideological landscape, including an Arab party for the first time.

The U.N. Security Council in 2016 called for Israel to freeze the construction of settlements in the West Bank and East Jerusalem, which is one of the most contentious issues in the decadeslong Israeli occupation of Palestinian lands.

Some 600,000 Israelis live in more than 200 settlements in the West Bank and East Jerusalem, which Palestinians hope to make the capital of their future state. Under international law, all Israeli settlements in the occupied territories are considered illegal.

Israel captured the West Bank as well as East Jerusalem and its historic Old City in the 1967 Six-Day War.