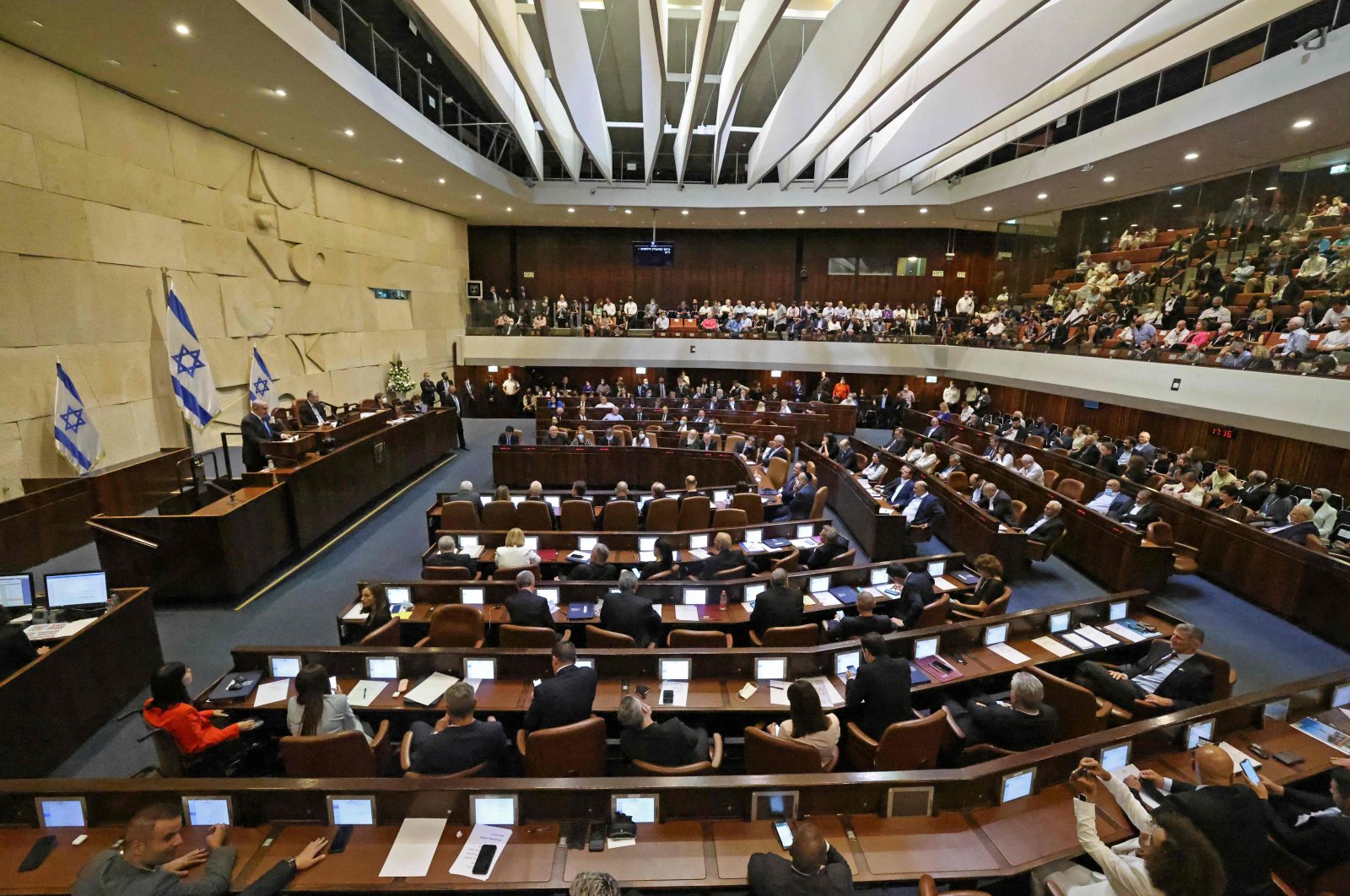 Israel's Prime Minister Benjamin Netanyahu addresses lawmakers during a special session to vote on a new government at the Knesset in Jerusalem, June 13, 2021. (AFP Photo)
by Agencies Jun 13, 2021 9:02 pm
RECOMMENDED

Naftali Bennett, a former ally of Netanyahu turned bitter rival, becomes prime minister, presiding over a diverse and fragile coalition comprised of eight parties with deep ideological differences. Netanyahu remains head of the Likud party and will hold the post of opposition leader.

Sunday’s vote, passed by a 60-59 margin, ended a two-year cycle of political paralysis in which the country held four elections.

The wily 71-year-old, widely known as Bibi, clung to power for a record 12 straight years through several conflicts and a long period of political turmoil – despite also being on trial for alleged fraud, bribery and breach of trust, charges he denies.

A hawkish heavyweight, he repeatedly convinced voters only he could keep Israel safe from threats.

On Sunday, his fall was made official when a coalition crafted by centrist opposition leader Yair Lapid and joined by right-wing religious-nationalist Bennett narrowly won a vote of confidence in the Knesset, Israel's parliament.

The coalition, cobbled together from parties ranging from pro-settlement hardliners to conservative Muslims and secular Jewish liberals, was united by its disdain for Netanyahu.

The veteran incumbent fought to the bitter end, urging his supporters to heap pressure on right-wing defectors, in the hope of luring them back to his camp.

Netanyahu became Likud's leader in 1993 and led the party to victory as Israel's youngest-ever prime minister in 1996, aged 46.

He lost power in 1999, but regained it 10 years later, holding on even as he became the first sitting Israeli prime minister to be indicted while in office.