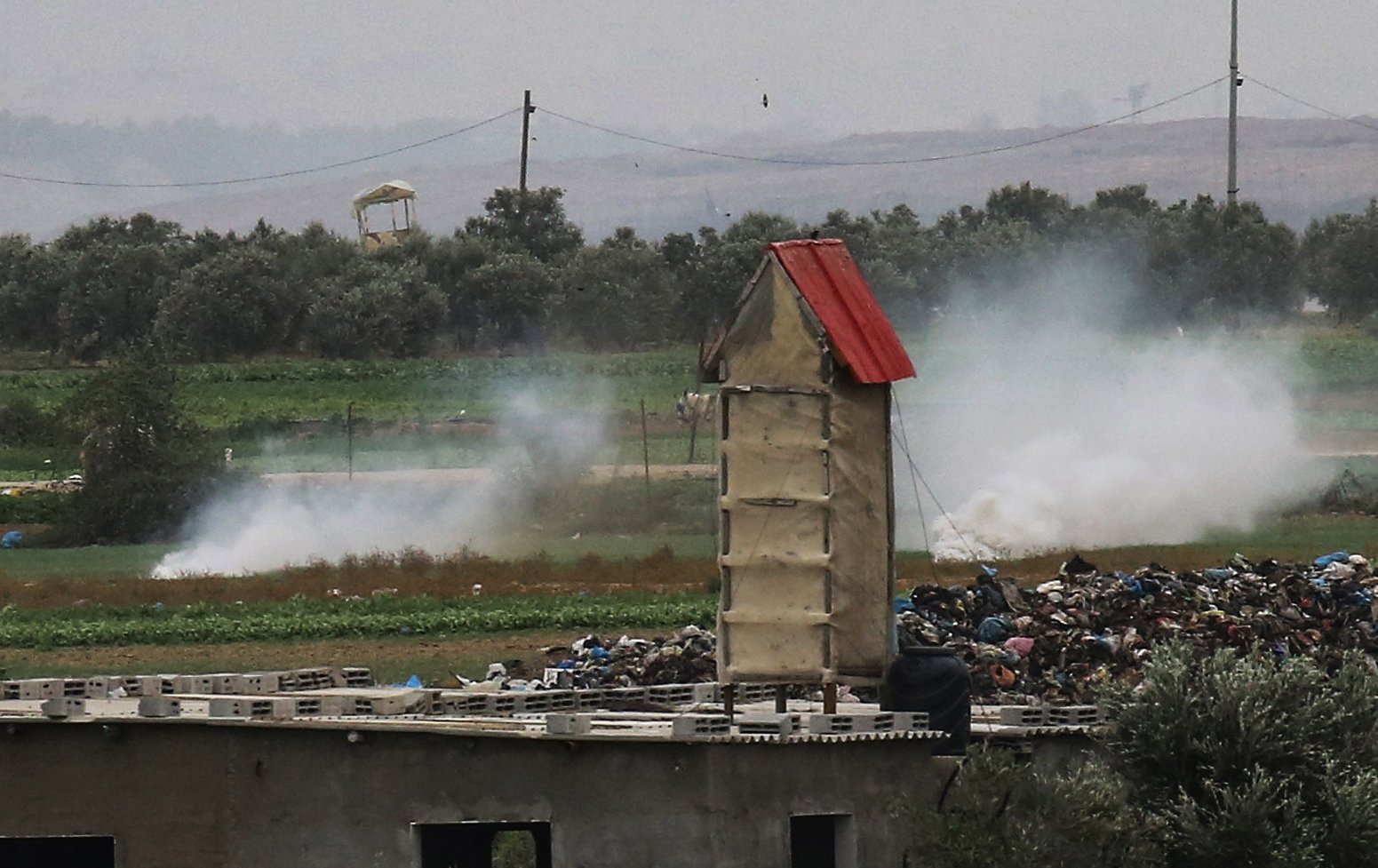 Israeli military aircraft struck targets in the Gaza Strip early on Monday in response to two rockets fired earlier from the enclave, the military said. In a statement, the military said fighter jets hit Hamas military targets, including sites for digging underground tunnels.

There were no immediate reports of injuries from the airstrikes or rockets. It was not immediately clear who fired the rockets, according to The Associated Press (AP).

The warplanes launched raids on "tunnel digging workshops" belonging to Hamas, army spokesperson Avichay Adraee said on Facebook. He added that the raids came in response to "two rockets launched from the northern Gaza Strip towards the beach area near the city of Ashdod."

According to an Anadolu Agency (AA) correspondent in the Gaza Strip, Israeli drones and warplanes bombed two sites east of the cities of Rafah and Khan Yunis.

Hamas maintains an unofficial cease-fire with Israel. It accuses Israel of failing to honor its truce obligations, which include easing a crippling blockade on the Palestinian enclave and allowing for large-scale infrastructure and job-creation projects.

Since 2007, the besieged enclave has been under a crippling Israeli and Egyptian blockade that has gutted its economy and deprived its inhabitants of many vital commodities, including food, fuel and medicine. The humanitarian situation in the long-embargoed enclave grows worse by the day. The United Nations Relief and Works Agency (UNRWA) stated last year that there are now some 620,000 Gazans who live in abject poverty, meaning they are unable to cover their basic food needs and survive on $1.60 per day, as well as nearly 390,000 in absolute poverty.

Fraying under the weight of the blockade, Gaza's fragile health system faces collapse from the coronavirus crisis within days as hospitals continue to be overwhelmed by the rising number of COVID-19 patients. Israel's long-standing blockade has created serious obstacles for Gazans to have access to a variety of medical supplies. Gaza's health system of 13 public hospitals and 14 clinics, run by nongovernmental organizations (NGOs), has buckled under persistent blockade-linked shortages of medicine and surgical supplies.