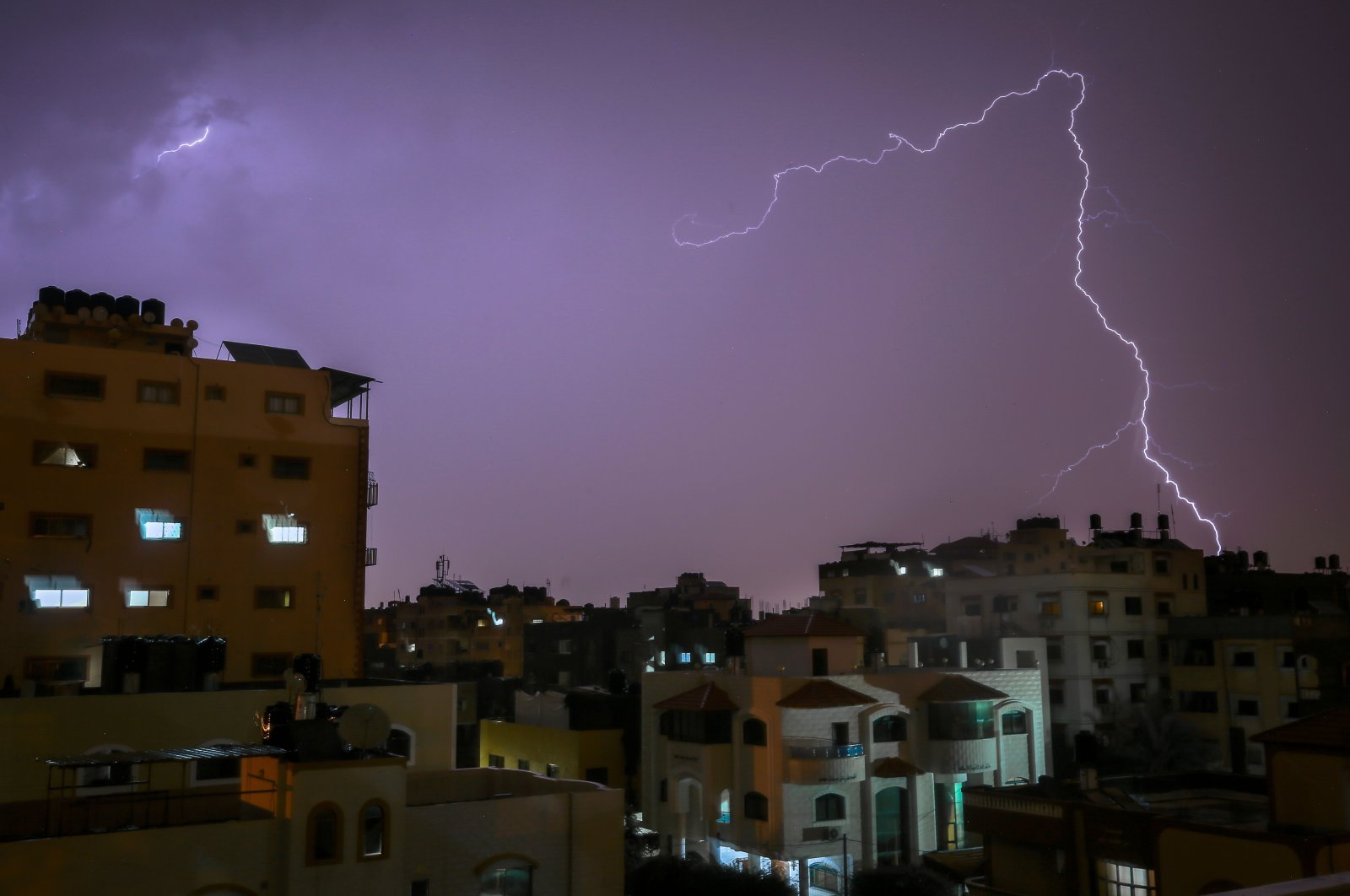 The Israeli military bombed eastern Gaza early Sunday after it claimed two rockets were fired from the Gaza Strip.

"In response to rockets fired from Gaza at night, army helicopters and tanks bombed some Hamas-owned positions," Israel said in a statement.

Israeli army combat helicopters bombed the southern city of Rafah and tanks bombed areas in the East, as well as the western resort of Beit Lahye, according to data received by Anadolu Agency (AA).

No information was released on casualties.

Two rockets from Gaza were launched late Saturday into Israeli territory in border areas and the "Iron Dome" air defense system was activated, the Israeli army said on Twitter.

It disclosed no further details but Israeli media reported that one of the rockets fell in a neighborhood south of Tel Aviv.

Gaza authorities are yet to release a statement on the incident.