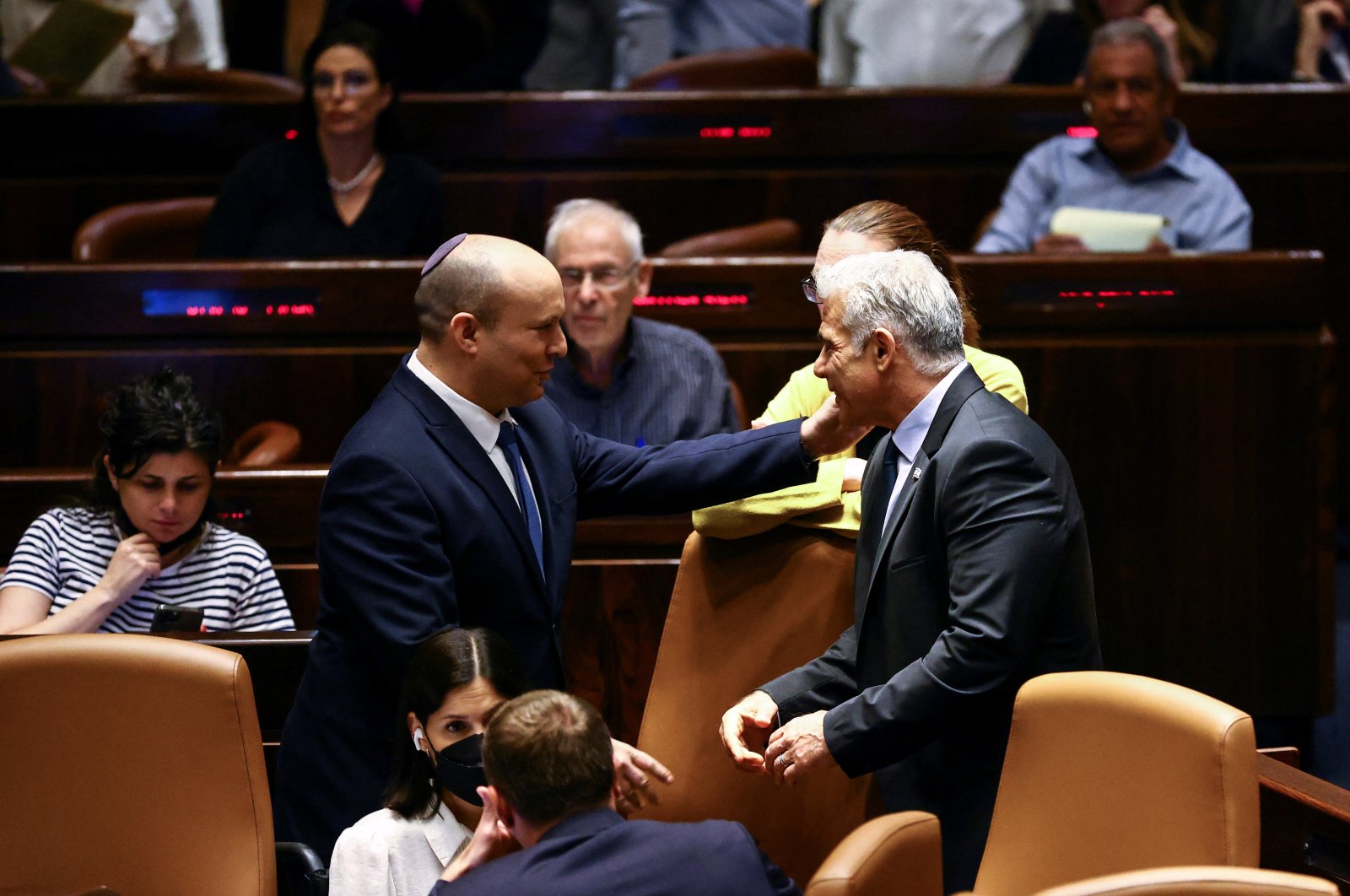 Israel's parliament on Thursday voted to dissolve itself, in a move sending the country to the polls in November for the fifth time in less than four years.

Yair Lapid, Israel's foreign minister and architect of the outgoing coalition government, will become the country's caretaker prime minister just after midnight on Friday. He will be the 14th person to hold that office, taking over from Naftali Bennett, Israel's shortest-serving prime minister.

The government collapsed just over a year after it was formed in a historic move that saw longtime leader Benjamin Netanyahu ousted after 12 years in power by a coalition of ideologically diverse parties, the first to include an Arab faction.

The motion to dissolve passed with 92 lawmakers in favor, and none opposing, after days of bickering by coalition and opposition lawmakers over the date of new elections and other last minute legislation.

New elections will be held on Nov. 1.

Bennett said late Wednesday that he will not stand in the upcoming elections and will turn the leadership of his religious-nationalist Yamina party to his long-term political ally, Interior Minister Ayelet Shaked.

The move brings a formal end to a political experiment in which eight parties from across the Israeli spectrum tried to find common ground after a period of prolonged gridlock in which the country held four elections in two years.

Meanwhile, Netanyahu has promised that his own alliance of right-wingers, ultra-nationalists and ultra-Orthodox Jewish parties will win the upcoming vote, but polls show he may also struggle to rally a parliamentary majority.

Netanyahu's main challenger will likely be long-time foe Lapid, a former celebrity news anchor who has surprised many since being dismissed as a lightweight when he entered politics a decade ago.

The upcoming elections are an extension of Israel's protracted political crisis, at the heart of which sits Netanyahu and his ongoing corruption trial. The four deadlocked elections in the previous three years were largely referendums on Netanyahu's fitness to serve while facing charges of accepting bribes, fraud and breach of trust. Netanyahu has denied any wrongdoing.

As the pair announced plans to end their coalition last week, Lapid sought to cast Netanyahu's potential return to office as a national threat. "What we need to do today is go back to the concept of Israeli unity. Not to let dark forces tear us apart from within," Lapid said.

Bennett led a coalition of right-wingers, centrists, doves and Islamists from the Raam faction, which made history by becoming the first Arab party to support an Israeli government since the Jewish state's creation. But the alliance, united by its desire to oust Netanyahu and break a damaging cycle of inconclusive elections, was imperiled from the outset by its ideological divides.

Bennett said the final straw was a failure to renew a measure that ensures the roughly 475,000 Jewish settlers in the occupied West Bank live under Israeli law.

Some Arab lawmakers in the coalition refused to back a bill they said marked a de facto endorsement of a 55-year occupation that has forced West Bank Palestinians to live under Israeli rule.

For Bennett, a staunch supporter of settlements, allowing the so-called West Bank law to expire was intolerable. Dissolving parliament before its June 30 expiration temporarily renews the measure.

In the weeks before his coalition unraveled, Bennett sought to highlight its successes, including what he characterized as proof that ideological rivals can govern together.

"No one should give up their positions, but it is certainly possible and necessary to put aside, for a while, ideological debates and take care of the economy, security and future of the citizens of Israel," he said in his farewell address Wednesday, which did not rule out an eventual return to politics.

Bennett will stay on as alternate prime minister responsible for Iran policy, as world powers take steps to revive stalled talks on Tehran's nuclear program. Lapid will retain his foreign minister title while serving as Israel's 14th premier. He will find himself under a microscope from early on, with U.S. President Joe Biden due in Jerusalem in two weeks.