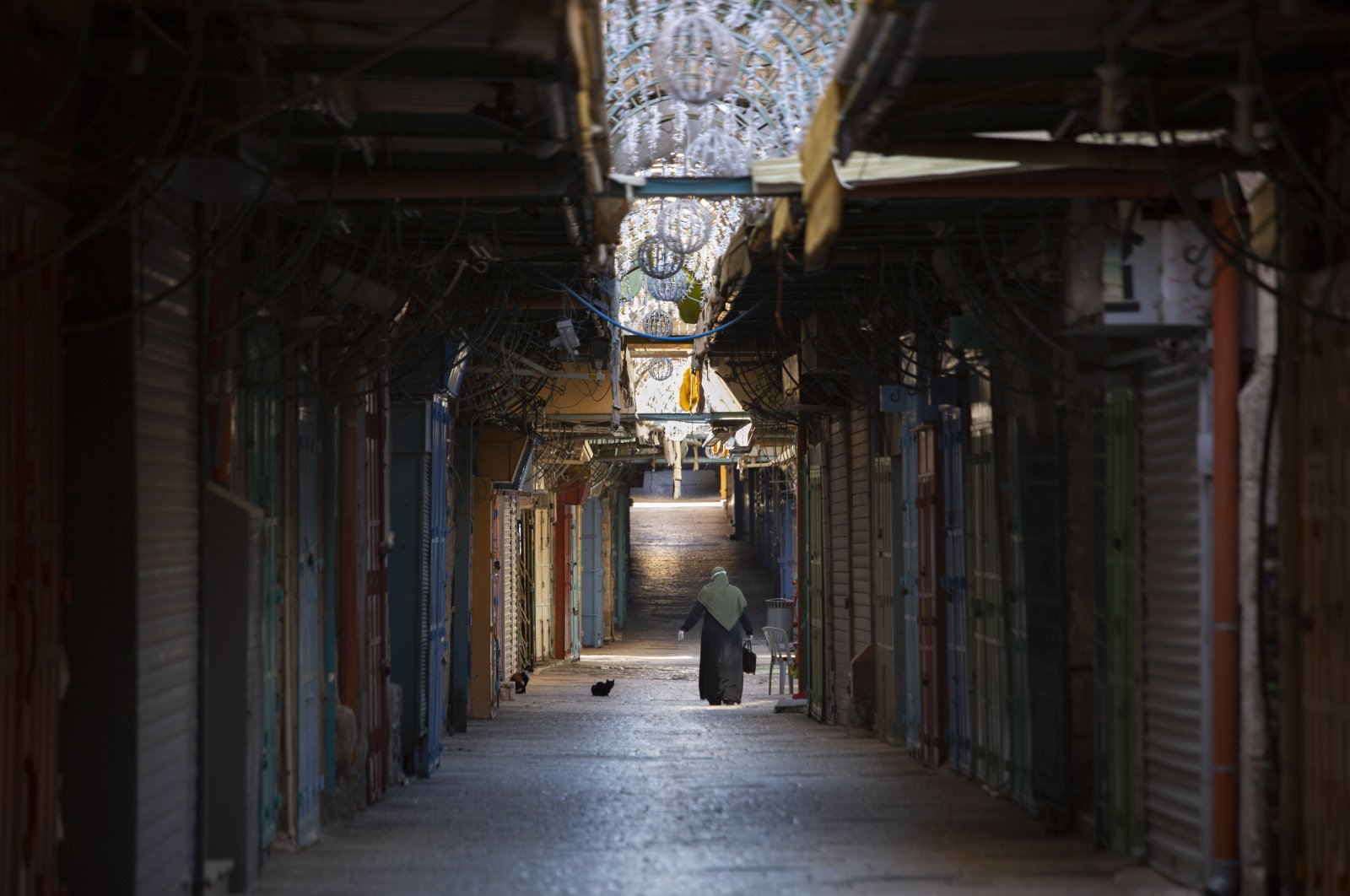 A woman walks down an alley in a closed market during government measures to stop the spread of the coronavirus in Jerusalem's Old City, April 13, 2020. (AP Photo)
by DAILY SABAH WITH AA Apr 15, 2020 3:14 pm
Edited By Dilara Aslan
RECOMMENDED

The Israeli police have shut down a clinic where Palestinians were being tested for COVID-19 in the occupied east Jerusalem region.

According to local sources speaking to Anadolu Agency (AA), the clinic in the Silvan street was closed Tuesday evening after Israeli police raided it and arrested four Palestinian activists.

While no explanation came from the Israeli police, Haaretz daily newspaper wrote that the clinic was closed on the grounds that the COVID-19 test kits were provided by the Palestinian Authority.

Farhi Ebu Diab, a resident of Silvan who spoke to Haaretz said “The Israeli administration does not help us. And it does not allow us to receive aid from others.”

Israel captured east Jerusalem in the 1967 war and annexed it in a move not recognized internationally. International law views both the West Bank and east Jerusalem as occupied territories and considers all Jewish settlement-building activity there illegal. The Palestinians want east Jerusalem to be the capital of their future state. Israel views the entire city as its capital.

Israel bars the Palestinian Authority, which governs parts of the occupied West Bank, from operating in east Jerusalem or carrying out any political activities there.