Israeli protesters call on PM Netanyahu to step down 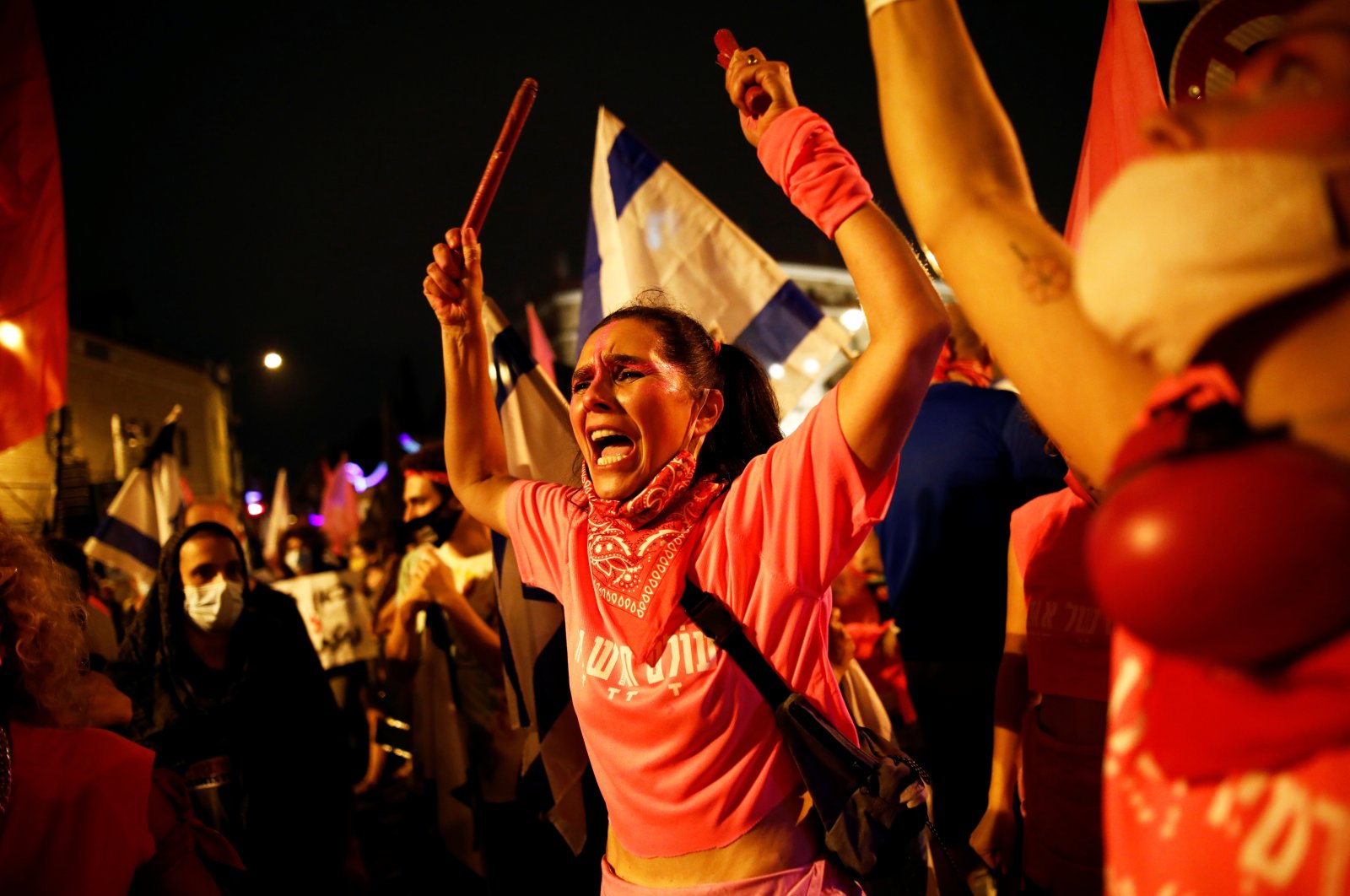 Hundreds of protesters, some of them dressed in fluorescent pink, gathered outside the official residence of Prime Minister Benjamin Netanyahu on Saturday night, demanding his resignation.

They call themselves "The Pink Front" and participate in anti-Netanyahu protests that are held across the country each Saturday, drawing thousands of people calling for Israel's longest-serving leader to step down over corruption allegations, which he denies.

Many Pink Front members are artists and performers, a community that has been hit hard by coronavirus lockdowns.

With theatres closed, the demonstration becomes a street performance venue. Amid a splash of pink bandannas, flags and shirts, other groups wear black to lament Netanyahu's continued stewardship, permitted by law, while under criminal indictment.

The demonstrations begin peacefully but often end with police moving in to arrest protesters who refuse to disperse.

At one protest, Sharon Saguy, 54, a flamenco dancer and choreographer, is surrounded by activists painting their faces pink.

She teaches them that night's rhythm as they bang on their makeshift drums. On some nights she shows up as a "Goddess of Justice" in a golden-green gown with a matching crown, coronavirus mask and scales of justice.

"Creativity is a way of life," Saguy says from her home in Jerusalem, where a megaphone and pink protest outfits sit beside her flamenco costumes.

Pink Front has a few thousand supporters on Facebook.

Pink, group members say, represents love, optimism and female leadership. Netanyahu has called the protesters "anarchists," accusing them of failing to take coronavirus precautions at the demonstrations and seeking to topple a democratically elected leader.

Karin Brauner, 34, a set and costume designer and Pink Front member who crafts some of the protesters' outfits, shrugs off criticism from Netanyahu, who is seeking a sixth term in a March 23 election.

"Through our optimism and the smart performances, we can make a great impact, because those who don't agree with us, we make them listen," she said.