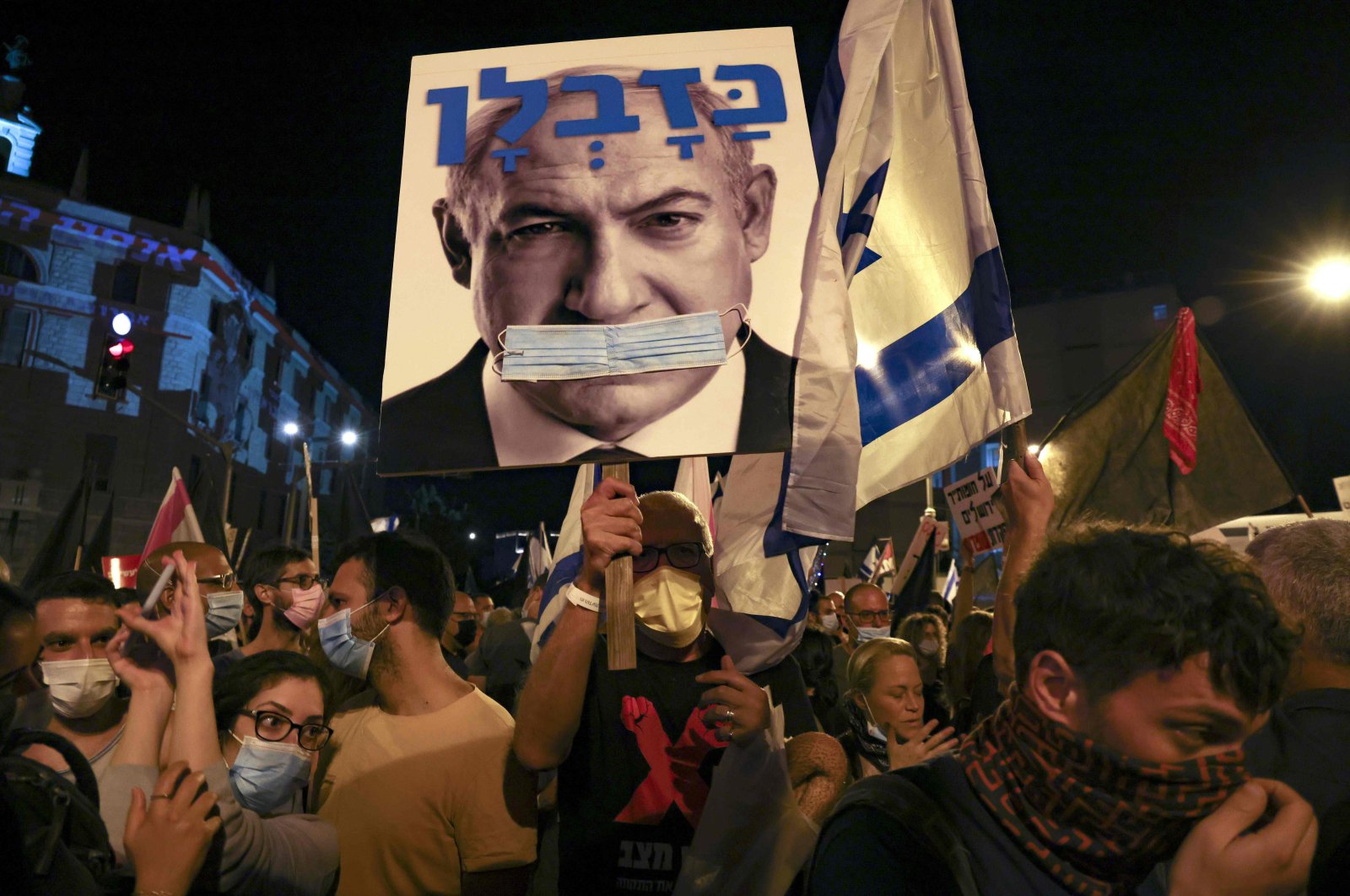 Thousands of Israelis protested against Prime Minister Benjamin Netanyahu in Jerusalem on Saturday over his alleged corruption and the government's handling of the COVID-19 pandemic.

The crowd rallied outside Netanyahu's residence, blowing whistles, waving signs and flags and calling for his resignation. Smaller protests were held along bridges at major intersections in cities across Israel.

Saturday's demonstration came a day after Israel announced an agreement to establish diplomatic relations with Bahrain, widely seen in Israel as a major foreign policy achievement for Netanyahu. But the surprise announcement had little effect on the thousands of demonstrators, who have been gathering outside Netanyahu's residence every Saturday throughout the summer.

Protests against Netanyahu over his corruption trial have expanded to include demonstrations against his handling of the health crisis and the resulting economic pain. With a population of nine million, Israel has reported almost 150,000 infections cases and more than 1,000 deaths. The country is in a recession as a result of the pandemic, and the unemployment rate is hovering above 20%.

A survey published in August by the Israel Democracy Institute found that 61% of Israelis did not trust Netanyahu to manage the coronavirus crisis.

Some critics of the prime minister say he is preoccupied with his corruption trial on charges of bribery, fraud and breach of trust.

The 70-year-old was indicted in November in cases involving gifts from wealthy friends and for allegedly seeking regulatory favors for media tycoons in return for favorable coverage. His trial opened in May and is set to resume in January.

Netanyahu denies any wrongdoing. He has described his trial as a leftist political witch hunt aimed at unseating a popular right-wing leader. He has also condemned the demonstrations against him, accusing protesters of trampling on democracy.