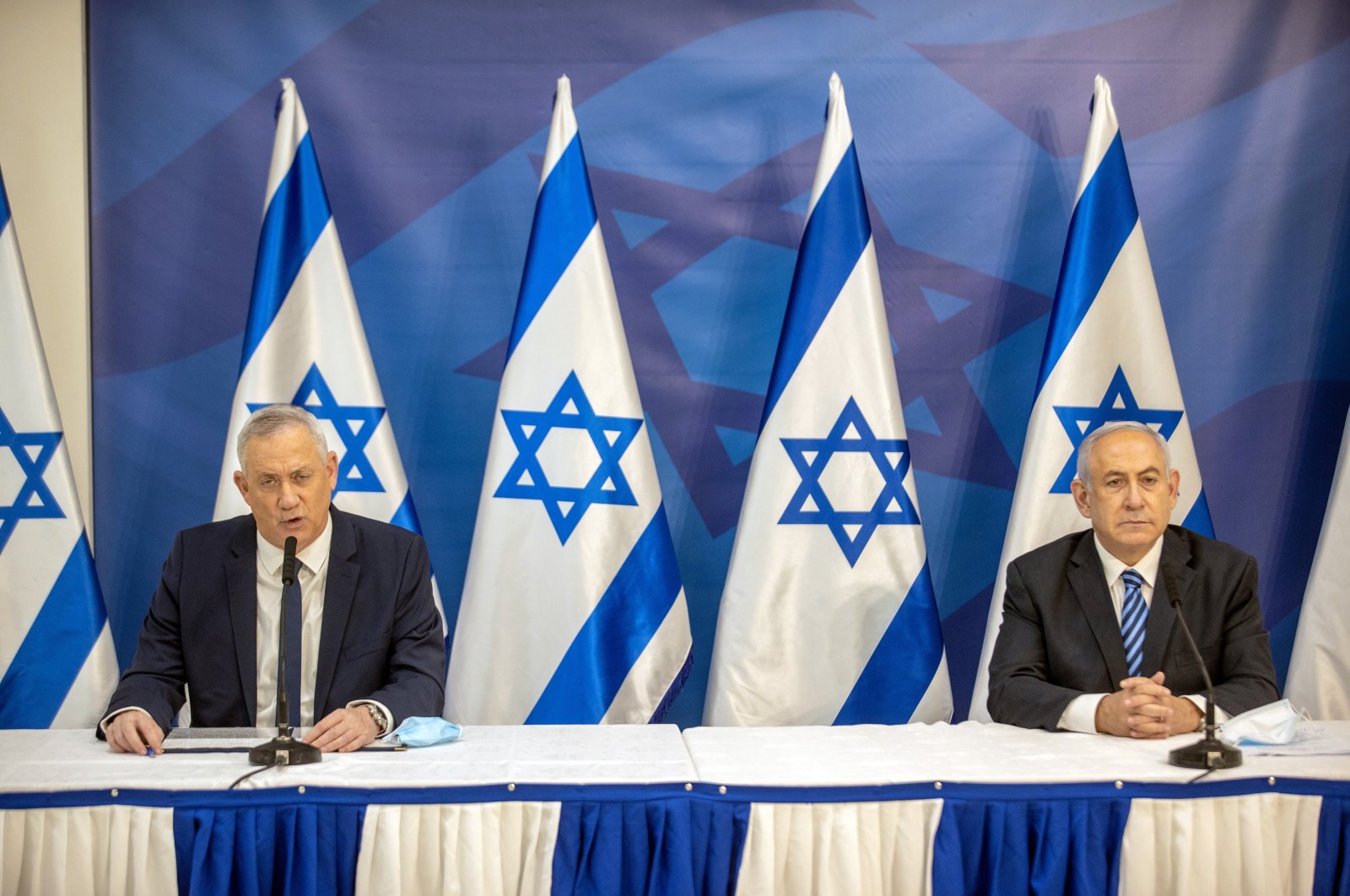 Israeli Prime Minister Benjamin Netanyahu and his chief coalition partner said Monday that they had both accepted a proposal to delay a fateful budget vote, averting the collapse of their fractious alliance and preventing a fourth election in less than two years.

The twin announcements by Netanyahu and the alternate prime minister, Benny Gantz, cleared the way for parliament to proceed with a proposal to delay the budget vote until December. The vote would leave what has been a troubled alliance intact for at least a few more months.

Netanyahu had accepted the proposal Sunday, seeming to clear the way for it to proceed. But throughout the day, Netanyahu's Likud party and Gantz's Blue and White continued to accuse each other of undermining the deal.

Facing a midnight deadline, both men announced late Monday that they had instructed their parties to support the proposal.

“If we come to an election, blood will be spilled in the streets,” Gantz said in a nationally televised statement. The country “needs a government that faces the needs of Israeli society, and not infighting.”

Just before Gantz's remarks, Netanyahu released a videotaped statement, saying, “The last thing the state of Israel needs now is an election."

After battling to stalemates in three inconclusive elections in under a year, Netanyahu and Gantz agreed to form a coalition government in May in order to spare the country another vote during the coronavirus crisis. Since then, they have feuded on virtually every issue.

In his address, Gantz angrily accused Likud of waging a personal campaign of incitement against him and said that things would have to change. He also accused Netanyahu, who is on trial for a series of corruption charges, of taking decisions to protect himself, instead of the interests of the country.

“I will not allow anyone to undermine democracy,” he said, calling for a new “chapter of cooperation.”

“Netanyahu, if you seek to cooperate for the sake of the citizens of Israel, my hand remains outstretched," he added. "If you intend tricks, or harming the rule of law, I will prevent it.”

Under their coalition deal, the rivals faced a midnight deadline to approve a budget. Otherwise, the government would collapse, triggering a new election.

Monday's compromise simply delays the budget vote by several months, setting the stage for a similar showdown at the end of the year.

Netanyahu has called for a one-year budget, citing the challenges and economic damage caused by the coronavirus crisis. Gantz insists that they approve a two-year budget, as agreed upon in their original power-sharing deal.

But the crisis has deeper roots in the troubled partnership between Netanyahu and Gantz, the economic fallout from the coronavirus outbreak and the prime minister’s ongoing corruption trial.

Critics have accused Netanyahu of trying to reshape the coalition deal or force new elections in hopes of gaining control over key legal appointments, including the attorney general, state prosecutor and national police chief, with the goal of delaying or canceling his trial.

In his statement, Netanyahu said he had pledged not to intervene in the key appointments.