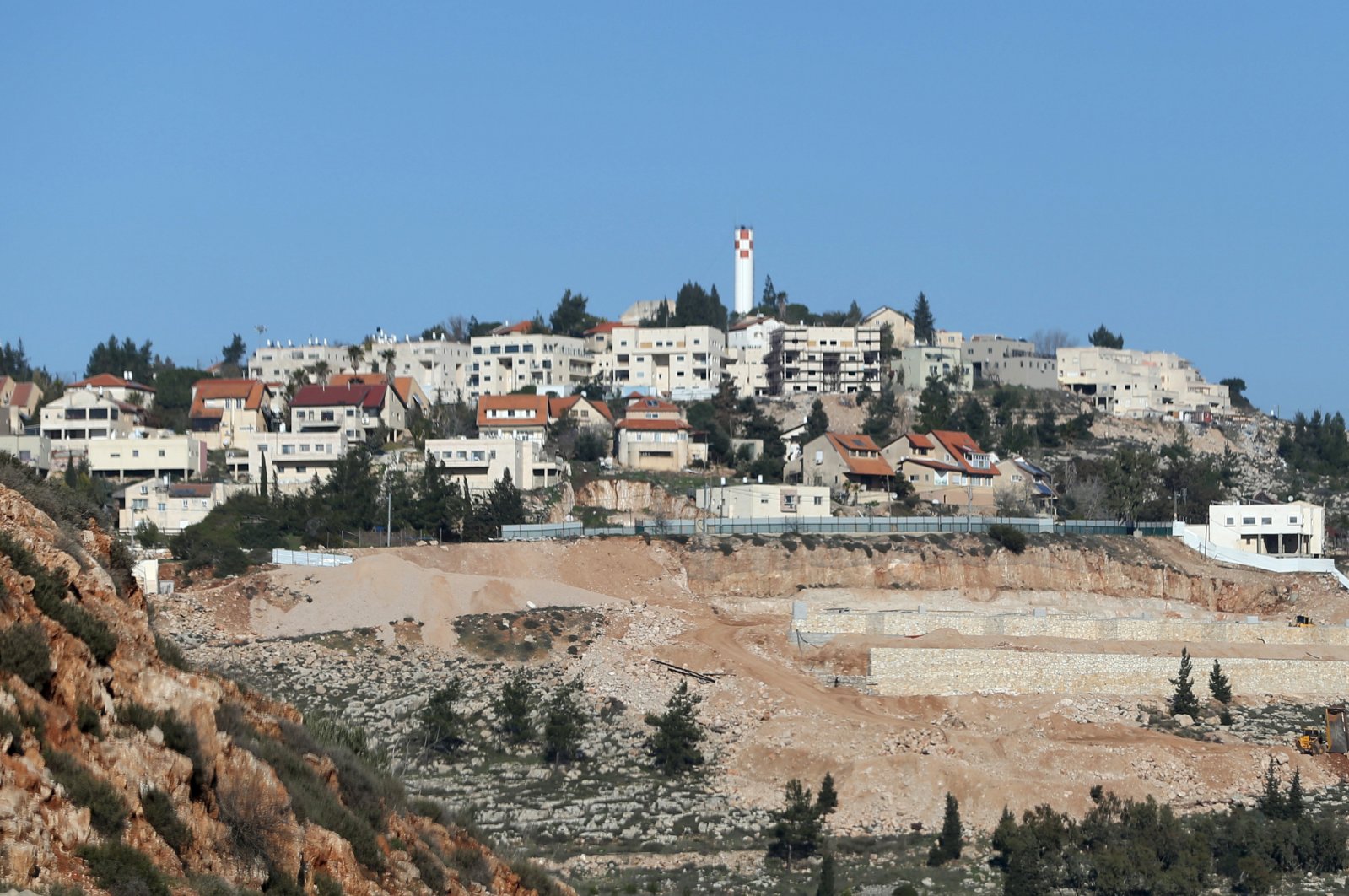 The incident was caught by security cameras.

It appeared to be the latest in a series of so-called “price tag” attacks, in which hard-line Israeli nationalists attack Palestinians and vandalize their property in response to Palestinian militant attacks or perceived efforts by Israeli authorities to limit settlement activity.

Footage carried by Israeli public broadcaster Kan appeared to show around 10 people, all wearing hoods and masks, puncturing the tires and smashing the windows of parked cars near the West Bank settlement of Shiloh.

Police spokesperson Shlomit Bakshi said at least six vehicles were damaged and that officers have launched an investigation into the incident. No suspects have been apprehended.

She said that earlier in the day the army and border police had removed a structure erected without authorization from a nearby illegal settlement outpost. Israeli media identified the site as Alei Ayin, a small, remote cluster of buildings unauthorized by the Israeli government.

Peace Now, an Israeli anti-settlement watchdog, said the Alei Ayin illegal outpost was established in 2020 near the settlement of Shiloh and the neighboring Palestinian village of Turmus Aya.

Brian Reeves, a Peace Now spokesperson, said there has been a marked rise in settler violence against Palestinians in recent months.

Most of the international community considers Israeli settlements illegal and an obstacle to peace with the Palestinians, who seek the West Bank and East Jerusalem as part of a future independent state.