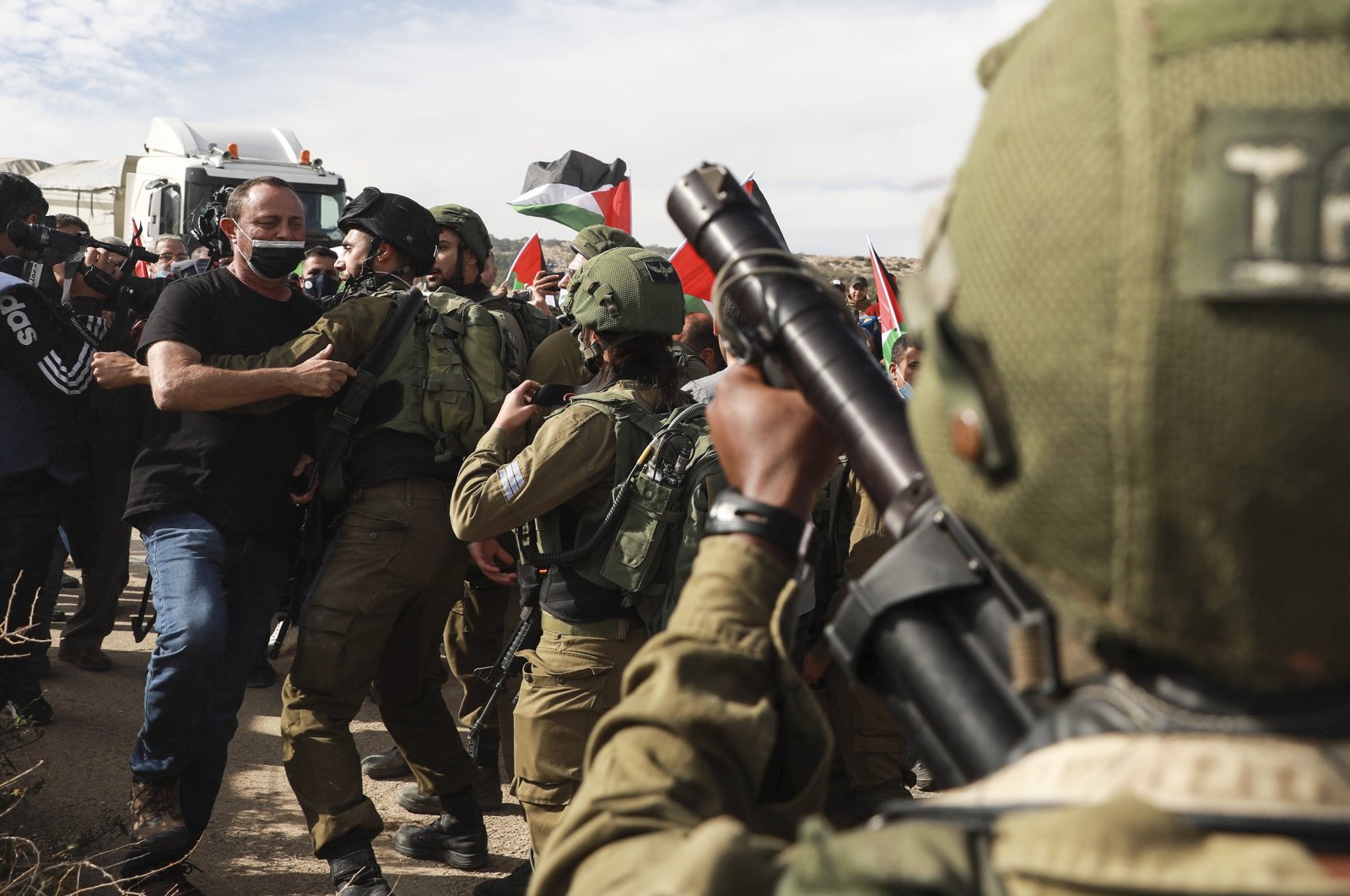 Israeli soldiers tried to forcibly pull out an injured Palestinian from an ambulance of the Palestinian Red Crescent in the occupied West Bank, footage shot by Anadolu Agency (AA) showed on Tuesday.

The footage showed Israeli soldiers opening the ambulance door and trying to take by force a Palestinian civilian who was injured during protests against the Israeli demolition policy in the Jordan Valley.

Israeli soldiers pushed an aid worker in an attempt to reach the injured civilian; however, the aid worker managed to close the ambulance door and got away from the scene.

The Palestinian Health Ministry late on Tuesday condemned the attack by Israeli soldiers on the ambulance which is the second incident of targeting medical personnel within days.

"The Israeli occupation soldiers attacked an ambulance belonging to the Palestinian Red Crescent Society and attempted to arrest one of the injured from inside it," Palestinian Health Minister Mai Al-Kaila said in a statement. The minister went on to say: "The world saw in video how the occupation soldiers stormed an ambulance with weapons, trying to arrest one of the injured."

On Saturday, Muhammad Hamed, a paramedic in the Palestinian Medical Relief, told AA that an Israeli force personnel prevented him from rescuing injured people, during clashes with the Israeli occupation forces east of Ramallah in central West Bank.

Israeli and Palestinian estimates indicate that there are about 650,000 settlers living in 164 settlements and 124 outposts in the West Bank and occupied Jerusalem. The area of ​​the Palestinian Jordan Valley is about 1.6 million acres and at least 13,000 Israeli settlers live in 38 settlements while more than 65,000 Palestinians live in 34 communities in the region.