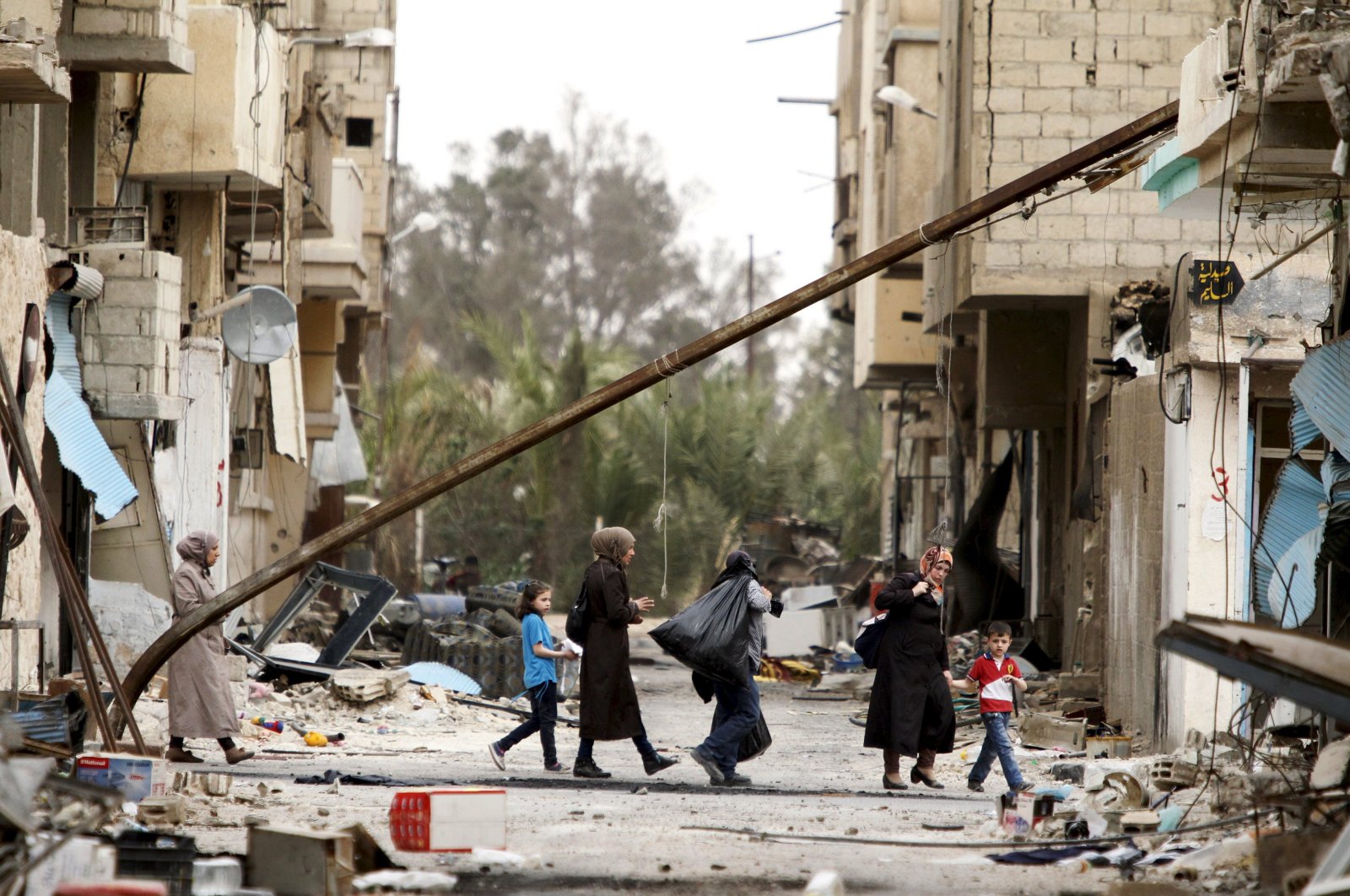 Residents carry belongings they collected from their homes as they walk during a return visit to the city of Palmyra, Syria, April 9,2016. (Reuters Photo)
by French Press Agency - AFP Apr 21, 2020 3:40 pm

Since the start of the civil war in 2011, Israel has carried out hundreds of strikes in Syria targeting government troops as well as allied Iranian forces and fighters from Lebanese militant group Hezbollah.

Syrian state media had said that Syrian air defences late Monday downed Israeli missiles over Palmyra in the central Homs province before they could reach their targets.

Contacted by AFP, an Israeli army spokesperson declined to comment.

Israel has repeatedly vowed to impede any Iranian encroachment in war-torn Syria across its border.

Last week, an Israeli drone targeted a Hezbollah car in Syria near the Lebanese border, a source from the group said.

The Observatory said the target was a military airport where Iranian forces were present.