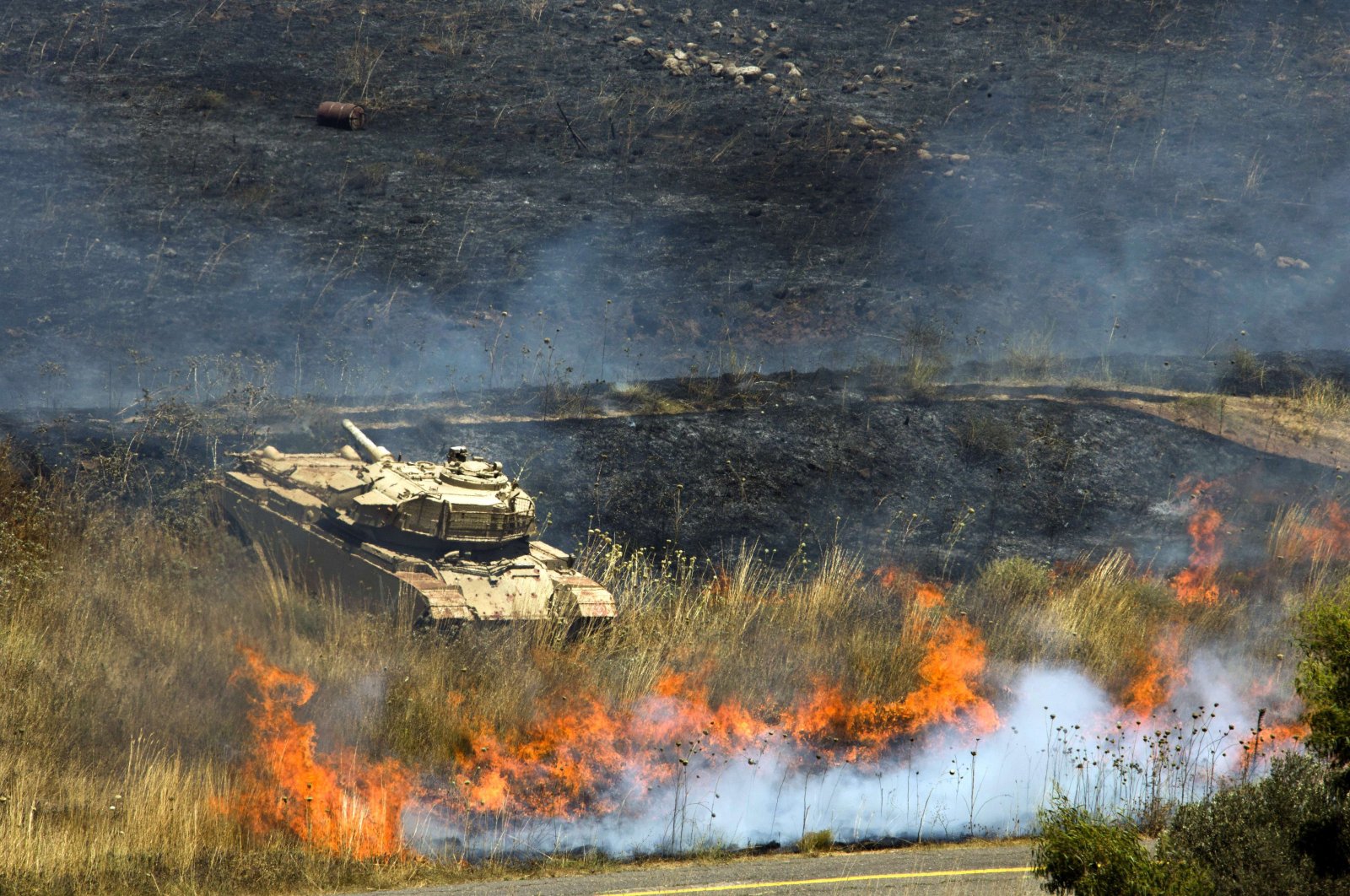 A picture shows an Israeli army tank near flames after mortar fire from inside war-torn Syria hit the Israeli-occupied Golan Heights on July 15, 2013. (AFP Photo)
by Agencies Feb 15, 2021 10:58 am
RECOMMENDED

"Syrian air defences intercepted a sizable number of the missiles but many hit their targets and caused material damage," added the monitor, which relies on a network of sources inside Syria for its reports.

The SANA news agency claimed that Syrian air defenses shot down most of the missiles, which it said were fired from Syria's Israeli-occupied Golan Heights, as reported by The Associated Press (AP).

The war monitor with a network of activists on the ground said the strikes hit positions of the Syrian army's Fourth Division in the mountains near the highway that links Damascus with the Lebanese capital of Beirut. It said another strike hit Syrian army positions in Kisweh, just south of Damascus.

Contacted by Agence France-Presse (AFP), an Israeli army spokesperson said "we cannot comment on these reports."

Israel has launched hundreds of strikes against Iran-linked military targets in Syria over the years but rarely acknowledges or discusses such operations. However, the Jewish state's army said it hit about 50 targets in the war-torn country in 2020, without providing details.

Monday's strike was the first since Feb. 3, when a Syrian military official said Israel fired surface-to-air missiles at targets in southern Syria, causing only material damage.

On Sunday, the Israeli army started a four-day drill along its northern border with Lebanon, a country with which it is still technically at war with.

The "surprise exercise" was "designed to improve Air Force readiness for combat" in the border region, the army said in a statement.

During the exercise, which will end Wednesday, Israeli "aircraft, jets and helicopter traffic will be felt across the country, and a number of explosions may be heard in northern Israel," it added.