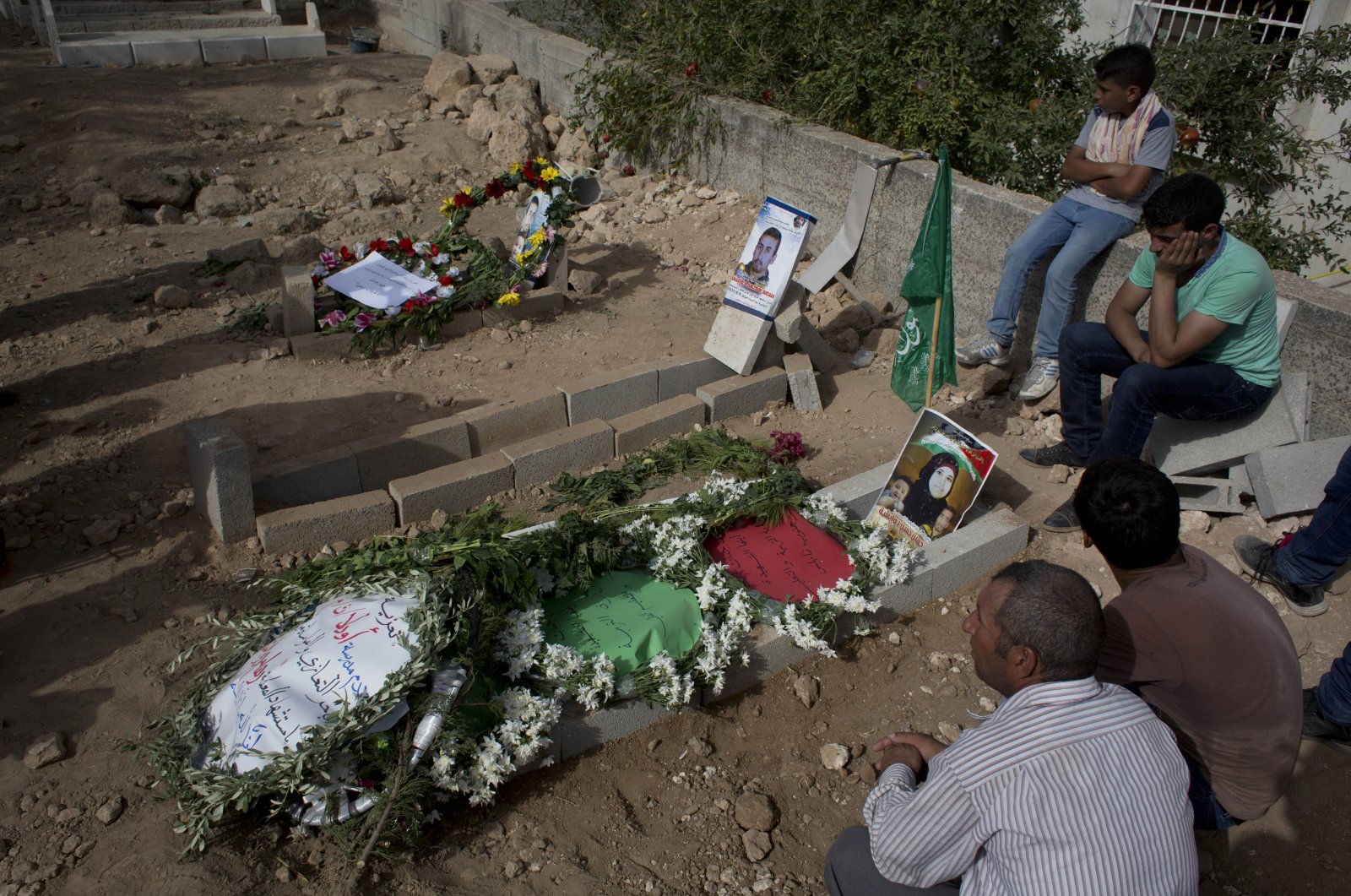 Palestinians mourn at the graves of Riham Dawabsheh, her husband Saed Dawabsheh and their 18-month-old son Ali, in the West Bank village of Duma, near Nablus, Palestine, Sept. 14, 2020. (AP Photo)
by Agencies Sep 14, 2020 8:31 pm
RECOMMENDED

An Israeli court on Monday handed down three life sentences to a Jewish extremist convicted in a 2015 arson attack that killed a Palestinian toddler and his parents.

The Lod District Court found Amiram Ben-Uliel, a Jewish settler, guilty of murder in May for the killing of 18-month-old Ali Dawabsheh by firebombing his home in the West Bank village of Duma.

The court said Ben-Uliel’s “actions were meticulously planned, and stemmed from the radical ideology he held, and racism.” It said the punishment was “close to the maximum penalty prescribed by the law.”

The 2015 arson attack came amid a wave of attacks on Palestinians in the occupied West Bank by Jewish extremists. The deadly firebombing in Duma touched a particularly sensitive nerve, drawing condemnation from across Israel’s political spectrum.

Critics, however, noted that lesser, non-deadly attacks, such as firebombings that damaged mosques and churches, had gone unpunished for years. And as the investigation into the Duma attack dragged on, Palestinians complained of a double-standard, where Palestinian suspects are quickly rounded up and prosecuted under a military legal system that gives them few rights while Jewish Israelis are protected by the country’s criminal laws.

“What will the court’s decision give me? What will it give to Ahmad?" the child's grandfather, Hussein Dawabsheh, told reporters outside the courtroom on Monday. "It won’t return anything to him.”

The convicted man’s wife, Orian Ben-Uliel, told reporters after the sentencing that “the judges didn’t seek justice or truth. They decided to incriminate my husband at any price.” She said the family would appeal to Israel's Supreme Court.