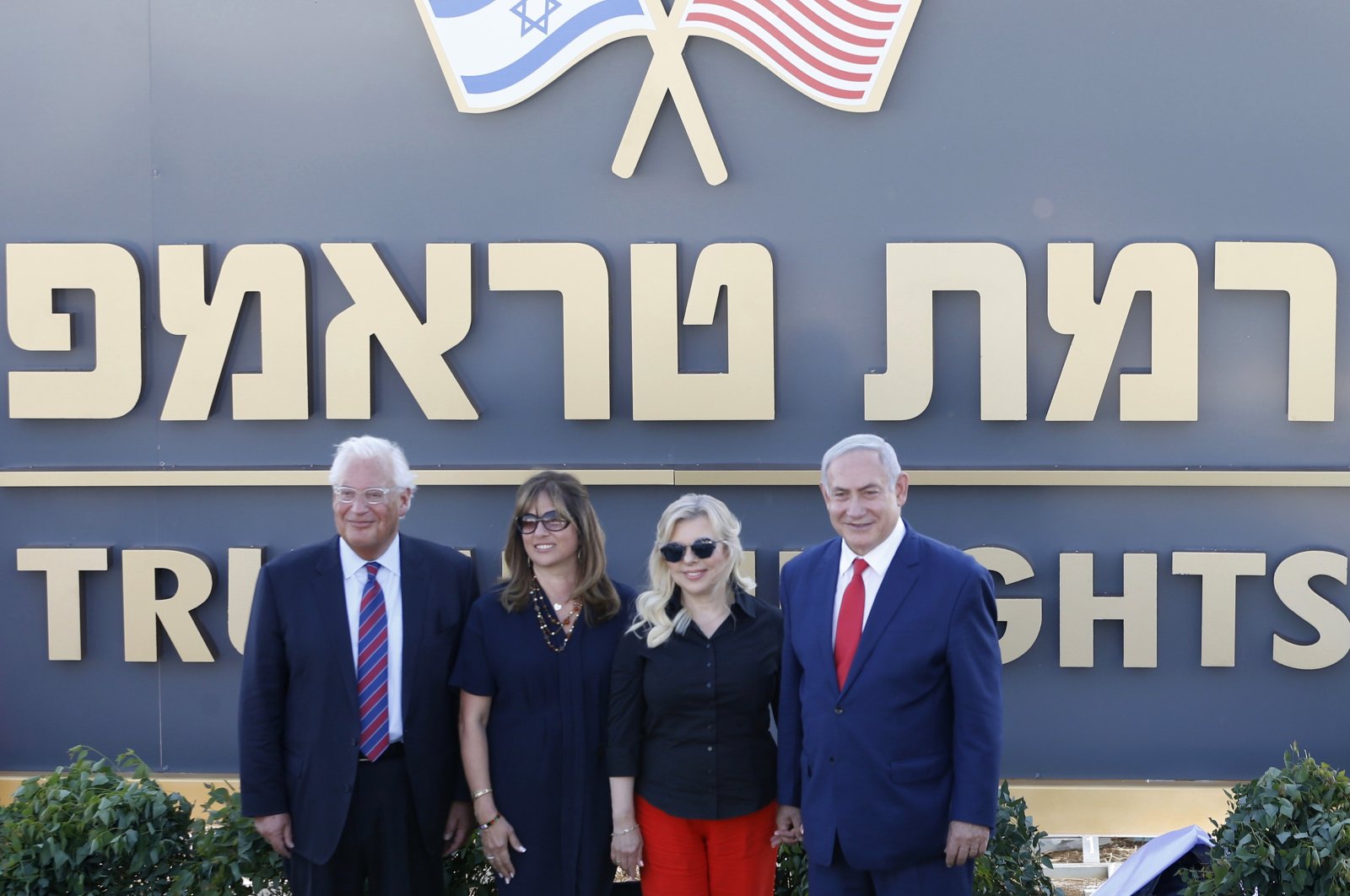 The Israeli Cabinet's approval for the construction of new settlements in the occupied Golan Heights for housing at least 300 Israeli families will likely have a larger regional impact.

Naming the new settlement "Ramat Trump," Hebrew for "Trump Heights," Israeli Settlements Minister Tzipi Hotovely said her ministry was about to begin preparations for construction. However, in spite of the U.S.’ previous step to recognize Israeli sovereignty over the Golan Heights, this move is likely to increase tensions in the region, which has already been struggling with a war in Syria and an indirect conflict between Israel and Iran.

Israel has been accusing Iran and its proxies of being a threat to its national security. Since the war broke out in Syria in 2011, Israel's main concern was the expansion of Iranian power in Syrian lands through proxy groups, primarily Hezbollah, and deploying its own troops. Israel had been carrying out aerial attacks on Iranian and Syrian positions near Golan Heights and Damascus. Moreover, Israel has repeatedly claimed that Iran was building military bases near the Golan Heights and providing military equipment to Hezbollah, including the necessary materials to make nuclear weapons.

The Trump Heights settlement may further the ongoing escalation. It should be noted that Israel has been enjoying the current turmoil in the Middle East. After President Donald Trump ascended to power, the U.S. recognized Jerusalem as Israel's capital, violating international agreements. Besides the support for Israeli sovereignty over the Golan Heights, the U.S. has been backing the Israeli government to further its occupation in the West Bank. This desire for recognition appears to be part of Trump's Peace to Prosperity program. The so-called "deal of the century" includes important points about the future of Palestine and the Israeli settlements and annexations.

The Golan Heights, which was captured by Israel in 1967 from Syria, has remained under Israeli occupation since then. Yet, the international community refused to recognize Israeli sovereignty over this territory. Even so, Israel has gradually been expanding its presence in the area, settling new families. The growing power of the Iranian-backed Lebanese-based militant group Hezbollah, which waged a war against Israel in 2006, near the Golan Heights has accelerated Israel’s attempts to consolidate its presence. To this end, several talks were held with U.S. officials in the last few years. As a result, with the backing of Trump, the U.S. officially recognized the Golan Heights as belonging to Israel.

Now, Israel is making the necessary preparations to build new settlements in the area. “We will start today with practical steps to construct Ramat Trump in the Golan Heights,” Israeli Prime Minister Benjamin Netanyahu said Monday. According to the Jerusalem Post, $2.3 million will be spent at the beginning of the project. It is not a coincidence that Trump’s name has been given to the new settlement area as the incumbent U.S. president has been enjoying close relations with his Israeli counterpart, unlike his predecessor Barack Obama. “It is time for the United States to fully recognize Israel's sovereignty over the Golan Heights," Trump said in March last year. Following this statement, an official U.S. document presented the disputed Golan Heights as part of Israeli soil.