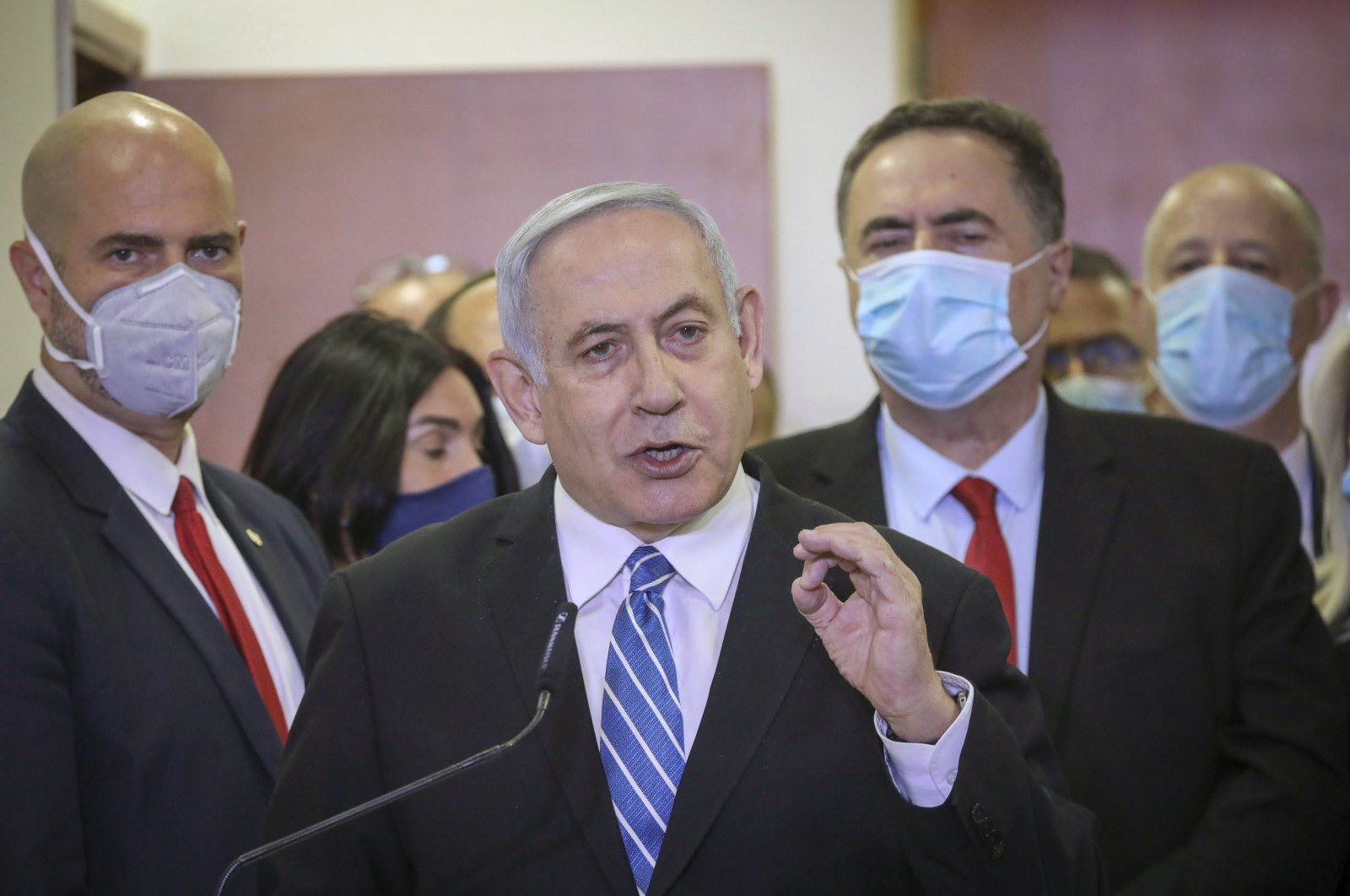 Israeli Prime Minister Benjamin Netanyahu accompanied by members of his Likud Party in masks delivers a statement before entering the district courthouse, Jerusalem, May 24, 2020. (AP Photo)
by Anadolu Agency May 28, 2020 5:09 pm
RECOMMENDED

Israeli Prime Minister Benjamin Netanyahu has said he will continue with his illegal annexation plan in occupied West Bank.

Netanyahu said in an interview with Israeli daily Israel Hayom published on Thursday that Palestinians living within annexed areas in the Jordan Valley and the West Bank will "remain Palestinian subjects in enclaves" under Israeli security control with no Israeli citizenship.

"If they (Palestinians) agree to all that (Netanyahu's conditions), then they'll have an entity of their own that President (Donald) Trump defines as a state," Netanyahu was quoted as saying.

He said that Palestinians have to meet 10 difficult conditions according to Trump's plan to have their state.

The conditions include that Palestinians recognize "Israeli sovereignty in the territories west of Jordan, keeping Jerusalem united, the nonentry of even a single refugee, no uprooting of communities and Israeli sovereignty on extensive swaths of Judea and Samaria (the West Bank), and so on and so forth."

Netanyahu added that Palestinians must recognize that Israel "controls security in all areas."

Israel is expected to annex parts of the West Bank on July 1, as agreed between Netanyahu and Benny Gantz, the head of the Blue and White party.

The plan comes as part of U.S. President Donald Trump's so-called Deal of the Century that was announced on Jan. 28, which refers to Jerusalem as "Israel's undivided capital" and recognizes Israeli sovereignty over large parts of the West Bank.