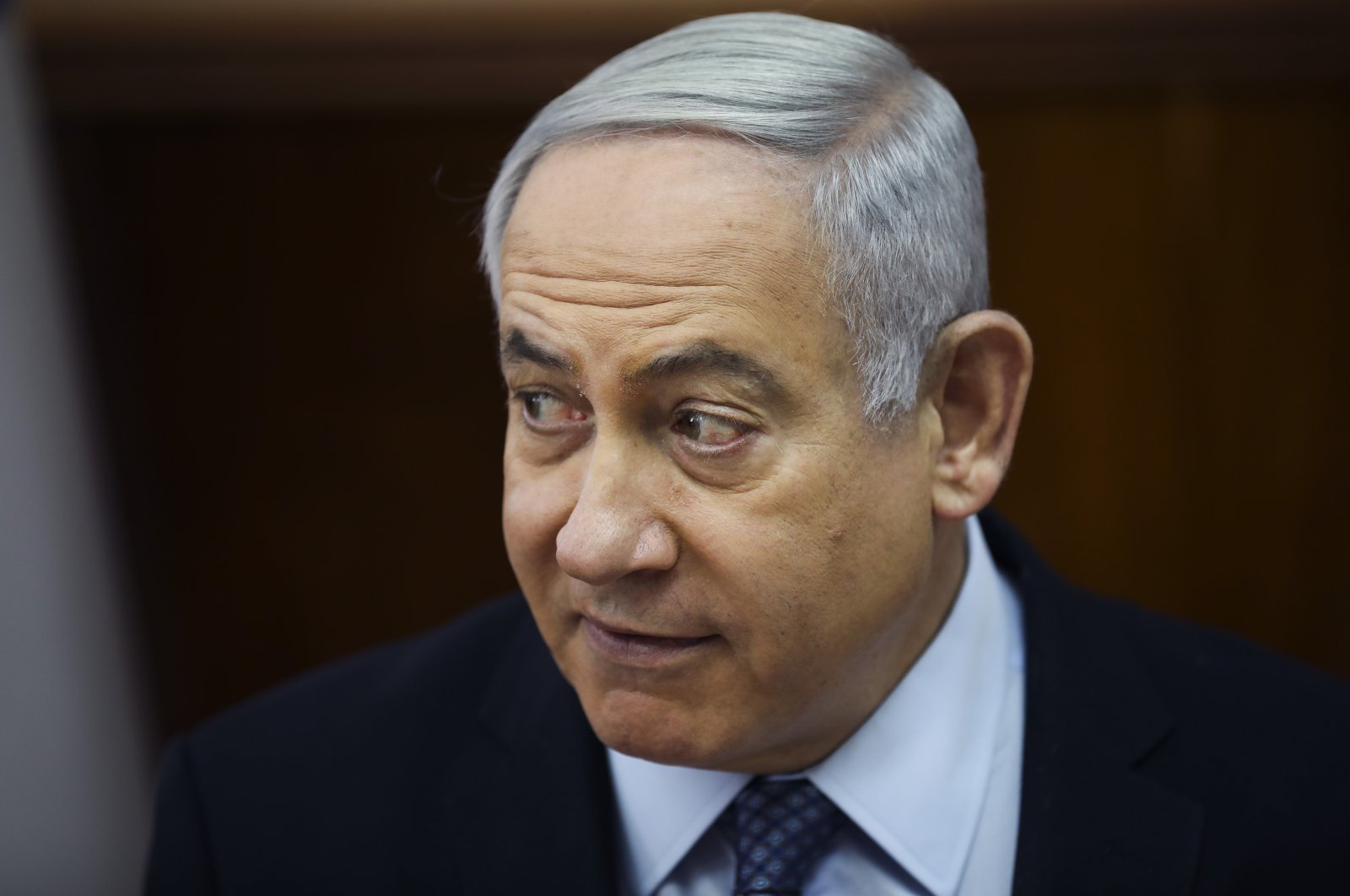 Israeli Prime Minister Benjamin Netanyahu is on trial for accepting gifts from wealthy friends. But that has not stopped him from seeking another gift from a wealthy friend to pay for his multimillion-dollar legal defense.

The awkward arrangement opens a window into the very ties with billionaire friends that plunged Netanyahu into legal trouble and sheds light on the intersection of money and Israeli politics.

Netanyahu has asked an Israeli oversight committee to allow a 10 million shekel ($2.9 million) donation from Spencer Partrich, a Michigan-based real estate magnate, to fund his legal defense. Because Partrich also happens to be a witness in one of the cases, the committee has asked the country’s attorney general for his opinion on the matter.

The request for financial aid from a friend is not illegal, and Israeli politicians have a long tradition of hobnobbing with wealthy Jewish supporters abroad. But to some, the optics of Netanyahu’s request are sketchy.

“It is a problem that we have prime ministers who have ties to moguls,” said Tomer Naor, of the Movement for Quality Government in Israel, a good governance group. “When the borders blur, you are blinded by the big money. You want more of it. Then all of a sudden the friend asks for a little favor, and that poses a problem.”

Last month, Netanyahu's trial on charges of fraud, breach of trust and accepting bribes opened in a Jerusalem court. It is scheduled to resume next month.

The accusations include accepting some $200,000 in gifts such as cigars and champagne from two billionaires, Hollywood-based Israeli movie mogul Arnon Milchan and Australian magnate James Packer.

Netanyahu is also accused of offering to push legislation benefiting powerful Israeli media moguls in exchange for more positive coverage in their publications. Netanyahu has said he is the victim of a witch hunt and called the bribery allegations baseless, saying accepting gifts from friends isn’t a problem.

For his multimillion-dollar legal defense fees, Netanyahu has turned to both his wealthy American cousin, Nathan Milikowsky, and Partrich.

Netanyahu’s lawyers have asked a committee in the state comptroller’s office, an oversight body, to allow him to accept 10 million shekels from Partrich.

Last year, it declined his request for the 10 million shekels from Partrich, saying it was inappropriate given the charges against him, the documents show. The committee said its decision was final.

But when a new committee was formed under Netanyahu’s hand-picked state comptroller, it took up the request again, citing “a significant change in circumstances” that arose following Netanyahu’s indictment in January, according to the committee documents. It is now awaiting the attorney general’s opinion.

Netanyahu has already been allowed to accept a $570,000 loan from Partrich, the documents show. According to Naor from the good governance group, the money was meant to repay the Milikowsky money, which hasn’t been repaid, he said.

A person close to Netanyahu said the Partrich aid would not cover all of Netanyahu’s legal fees, and that someone earning a public servant’s salary could not be expected to pay for the steep fees on his own. He spoke on the condition of anonymity because he wasn’t authorized to discuss the legal fees with the media.

Netanyahu is believed to be a multimillionaire, thanks to best-selling books, real estate holdings and lucrative speaking fees while in the private sector. The country’s attorney general is looking into a murky company share deal with Milikowsky that reportedly netted Netanyahu an exorbitant return on investment.

Netanyahu has for decades socialized with the ultra-wealthy and his supporters say he has given up opportunities to amass great wealth to serve the country instead. But he and his wife have gained a reputation for enjoying the good life, repeatedly landing in hot water for misusing state funds.

The indictment against Netanyahu highlights his ties. A number of well-known billionaires appear on the list of 333 potential witnesses, including Milchan and Packer, as well as U.S. casino magnate Sheldon Adelson, a longtime Netanyahu supporter, and Oracle Corp. co-founder and chairman Larry Ellison.

Witness number 283 is Partrich. According to the permits committee decision from last year, his relationship with Netanyahu stretches back to 1999, just as Netanyahu’s first term as prime minister was ending.

“Even if afterward a personal friendship developed, at their core the ties between the two were formed as a relationship between a mogul and a senior politician,” the committee wrote.

According to a Channel 13 TV exposé, Netanyahu’s confidants nicknamed Partrich his “air taxi in the U.S.” because of the many times he flew on Partrich’s private jet during the decade between stints as prime minister.

A resident of upscale Bloomfield Hills, near Detroit, Partrich sits on the board of the Friends of the Israel Defense Forces, a group that runs programs for Israeli soldiers, and has donated more than $2 million to Wayne State University, where he has an auditorium named after him. He is an avid art collector and a fan of photojournalism.

According to the Israeli newspaper Haaretz, Partrich purchased Netanyahu’s brother’s half of the Jerusalem home they inherited from their father. The deal has raised questions about what interest an American business magnate would have in a relatively small transaction.

Anshel Pfeffer, an Israeli journalist who wrote “Bibi,” a Netanyahu biography, said seeking money from a wealthy friend is a way for Netanyahu to “double down” on his claim that none of the gifts he received were wrong.

“This kind of says he doesn’t give a damn about the optics because he thinks he deserves it, and he doesn’t think in any way this should be seen as illegal,” Pfeffer said.