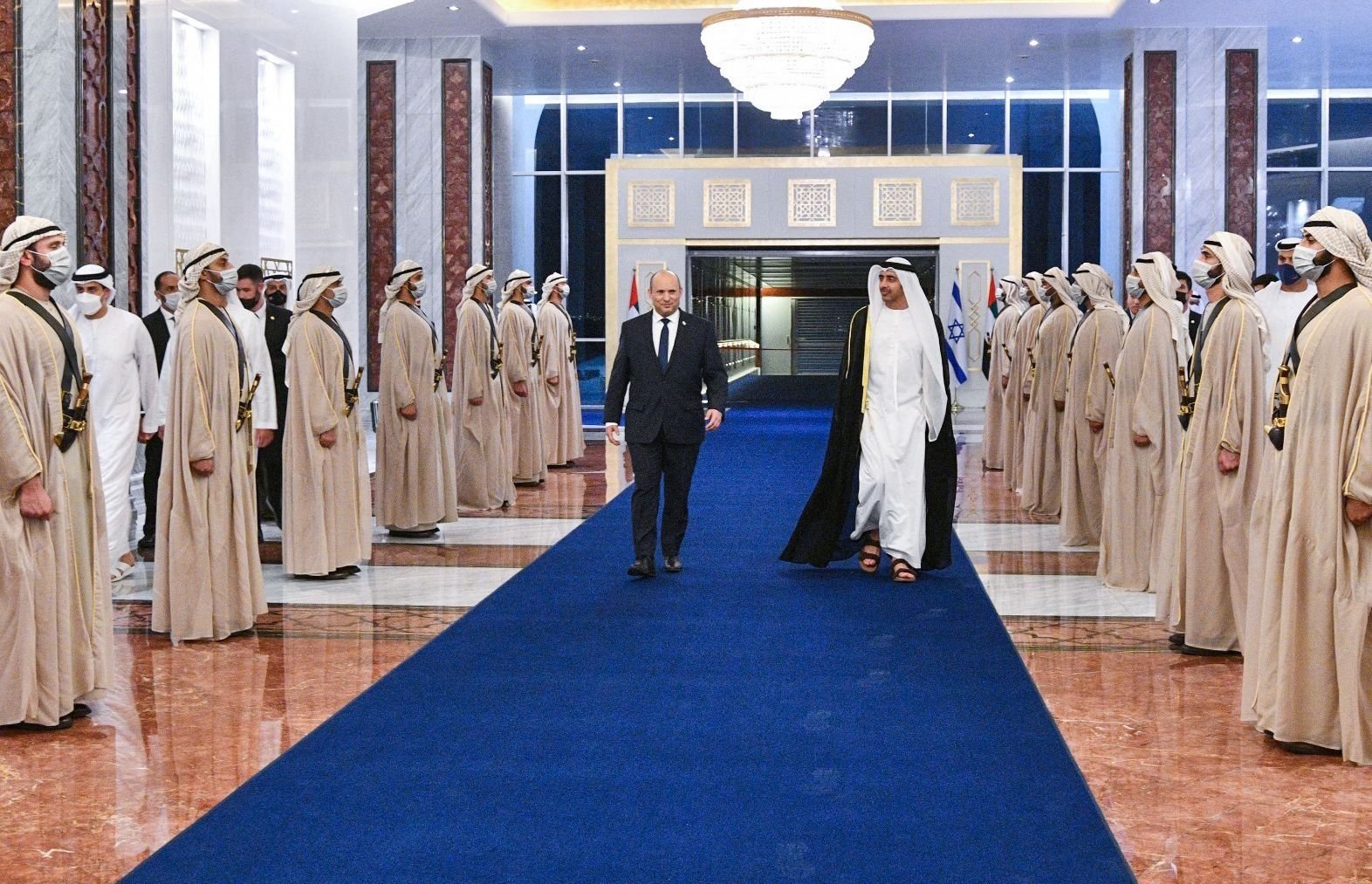 The trip announced by Bennett's office comes with Israel making a renewed diplomatic push against international talks which global powers resumed with its arch-foe Iran over the country's nuclear program.

There was no immediate comment from the UAE on the visit which Bennett called "historic."

He was received in Abu Dhabi by UAE Foreign Minister Abdullah bin Zayed Al Nahyan and an honor guard, according to his office.

The prime minister said he appreciated the "very warm hospitality."

"I'm very excited to be here... as the first official visit of an Israeli leader here. We are looking forward to strengthening the relationship."

In a video issued earlier, Bennett said relations between the two states were "excellent and extensive, and we must continue to nurture and strengthen them, and build the warm peace between the people."

The UAE last year became the third Arab nation to establish full diplomatic relations with Israel after Egypt and Jordan.

Bahrain and Morocco then followed as part of a series of deals brokered by then U.S. President Donald Trump. Sudan also agreed to normalize ties with Israel under the Abraham Accords, but full relations have not yet materialized.

The agreements were negotiated by Bennett's predecessor, Benjamin Netanyahu, who said they would offer Israel new regional allies against Iran and bolster its diplomatic efforts to stop Tehran from acquiring nuclear weapons.

Iran and world powers have resumed negotiations on the frayed 2015 nuclear deal that offered Iran sanctions relief in exchange for curbs on its nuclear program, which Tehran says is civilian in nature.

Trump unilaterally withdrew the United States from the nuclear deal in 2018 and stepped up sanctions against Iran.

Talks in Vienna now aim to bring the United States back into the deal and return Iran to full compliance with its commitments.

Bennett has called for the Vienna talks to be halted, accusing Tehran of "nuclear blackmail" and charging that it will use any revenue from sanctions relief to bolster a military arsenal that can harm Israel.

The trip was the first of its kind since relations between the two countries were downgraded in 2016.

Bennett's Abu Dhabi visit follows a trip to Washington by Israeli Defense Minister Benny Gantz, who has repeatedly stressed that military options must be ready if negotiations with Iran collapse.

Israeli Foreign Minister Yair Lapid was in London and Paris last month, where he called for tighter sanctions against Tehran.

Since the Abraham Accords were signed, Israel and the UAE have inked a series of deals on economic and trade cooperation.

Palestinians strongly condemned the Abraham Accords as they broke with decades of Arab League consensus against recognizing Israel until it signs a peace establishing a Palestinian state with a capital in east Jerusalem.

Emiratis remain largely in solidarity with the Palestinians and hostile to Israel, leading the UAE's links with the Jewish state to become more discrete domestically after an initial flurry of publicity.

No official announcement of Bennett's visit was published and local media have not covered it.

While Bennett is the first Israeli prime minister to visit UAE, Lapid made a landmark visit there in June, opening an embassy in Abu Dhabi and a consulate in Dubai, while the UAE opened an embassy in Tel Aviv in July.