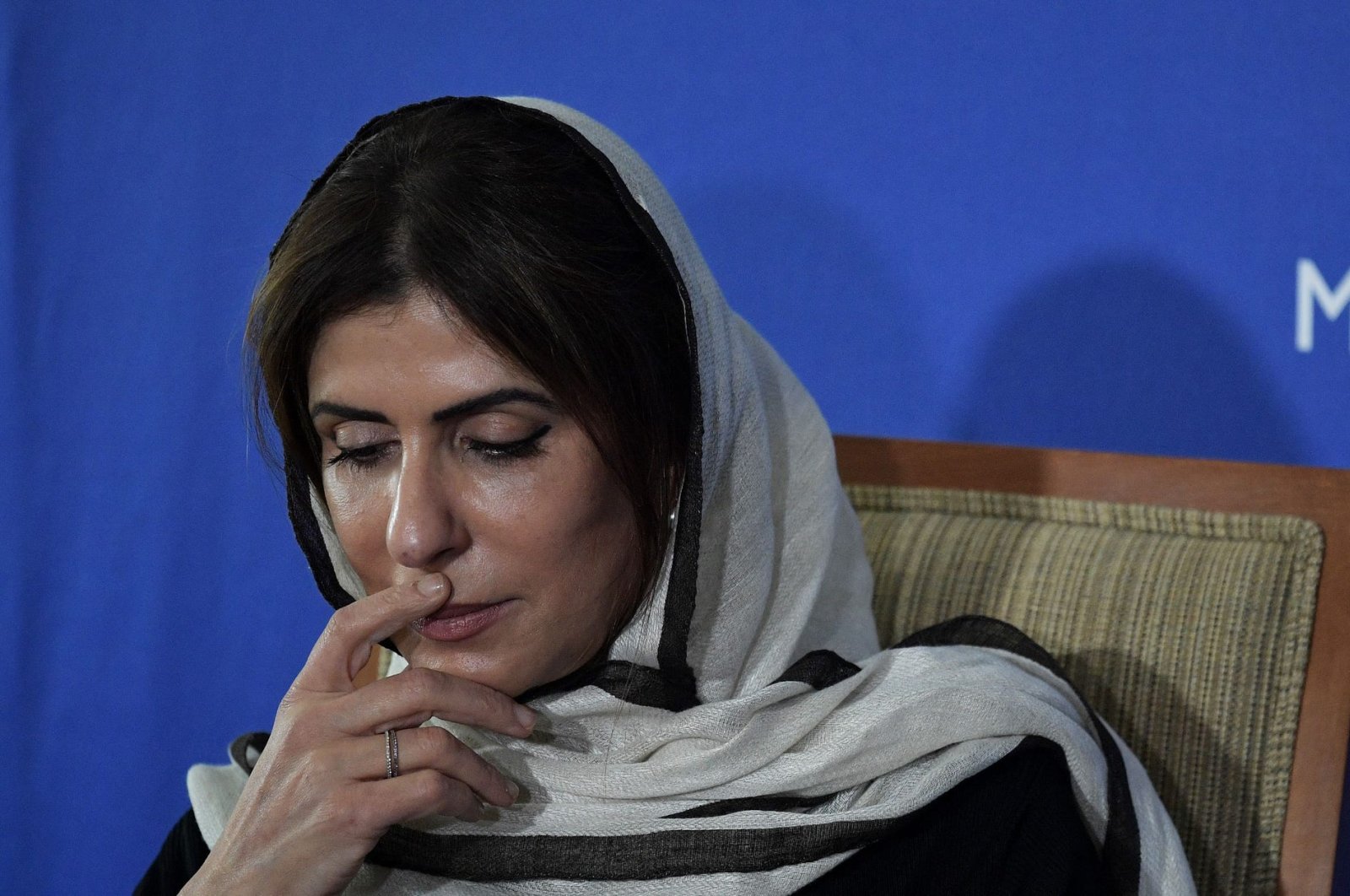 A prominent Saudi princess has appealed to the kingdom's king and crown prince to release her from prison as the holy month of Ramadan began, according to a letter published on her official website and Facebook account.

Princess Basmah Bint Saud bin Abdulaziz Al Saud, 56, a businesswoman, writer and rights activist, went missing in March 2019. Only recently did she publicly communicate that she has been held at Ha'ir prison in the capital Riyadh for over a year and is sick.

The youngest child of the late King Saud, Princess Basmah has been particularly critical of the kingdom's treatment of women.

A close relative, who declined to be named because of the sensitivity of the issue, confirmed the letter's authenticity.

The relative told Reuters that the princess had been due to travel abroad for medical treatment around the time of her arrest in late February 2019, and was informed after her detention that she was accused of trying to forge a passport.

The charges were dropped, but she remains imprisoned along with a daughter who was with her at the time, the relative said.

The princess has had limited, though regular contact with relatives through visits and phone calls over the past year. Her family has not heard from her since she made her public appeal.

Reuters has not been able to verify independently the circumstances of her disappearance and detention.

The Saudi government media office did not respond to a written request for comment on the details of her case.

There has been no public comment by Saudi officials on the letter published on Wednesday or an earlier plea posted on her social media accounts last week.

"This week, Muslims around the globe begin our Holy month of Ramadan ... (I) will be spending it at al-Ha'ir prison unless my uncle, Custodian of the Two Holy Mosques, King Salman bin Abdulaziz Al Saud, and my cousin, Crown Prince Mohammed bin Salman Al Saud, decide to release me," the letter said.

"My health is continuously deteriorating, which may lead to my death, it's VERY critical and they know it."

The princess has a series of health problems, including heart trouble, osteoporosis and severe gastrointestinal issues, according to health records from 2016 and 2018 reviewed by Reuters and people close to the family.

She has not been receiving adequate medical care for several months, the relative said.

Reuters could not establish whether her arrest was linked to past detentions of Saudi royals and prominent citizens that sources have tied to Prince Mohammed's consolidation of power or crackdown on dissent, including women's rights activists.

In a petition submitted to the U.N., dated March 5 and seen by Reuters, the princess' family suggested the reason for her detention maybe her role "as an outspoken critic of abuses in our country of birth, but likewise for ... enquiring about the frozen fortune left (by) her father."

"She was deemed as supportive of the former crown prince, Mohammed bin Nayef Al Saud," the document said, referring to the royal whom Prince Mohammed replaced as crown prince in a palace coup in 2017.

The relative and a U.S. lawyer for the princess said that before her detention, Princess Basmah had chartered a plane to take her to Switzerland via Turkey for medical treatment.

"In hindsight, this (Turkey) cast the travel plan in a bad light, it could have suggested she was fleeing," said the princess' lawyer Abdul Latif Bennett, who helped arrange the flight.

He was referring to the 2018 murder of Saudi journalist Jamal Khashoggi at the kingdom's Istanbul consulate which caused a global furor and strained Riyadh's ties with Ankara.

On Feb. 28, 2019, seven men arrived at the princess' apartment near midnight, according to security footage provided by a close associate of the princess and seen by Reuters. Reuters could not independently verify its authenticity.

The princess was suspicious but went with them, accompanied by her 28-year-old daughter Shroud al-Sharif, on assurances from a relative. But both women were taken to prison, the family member said.