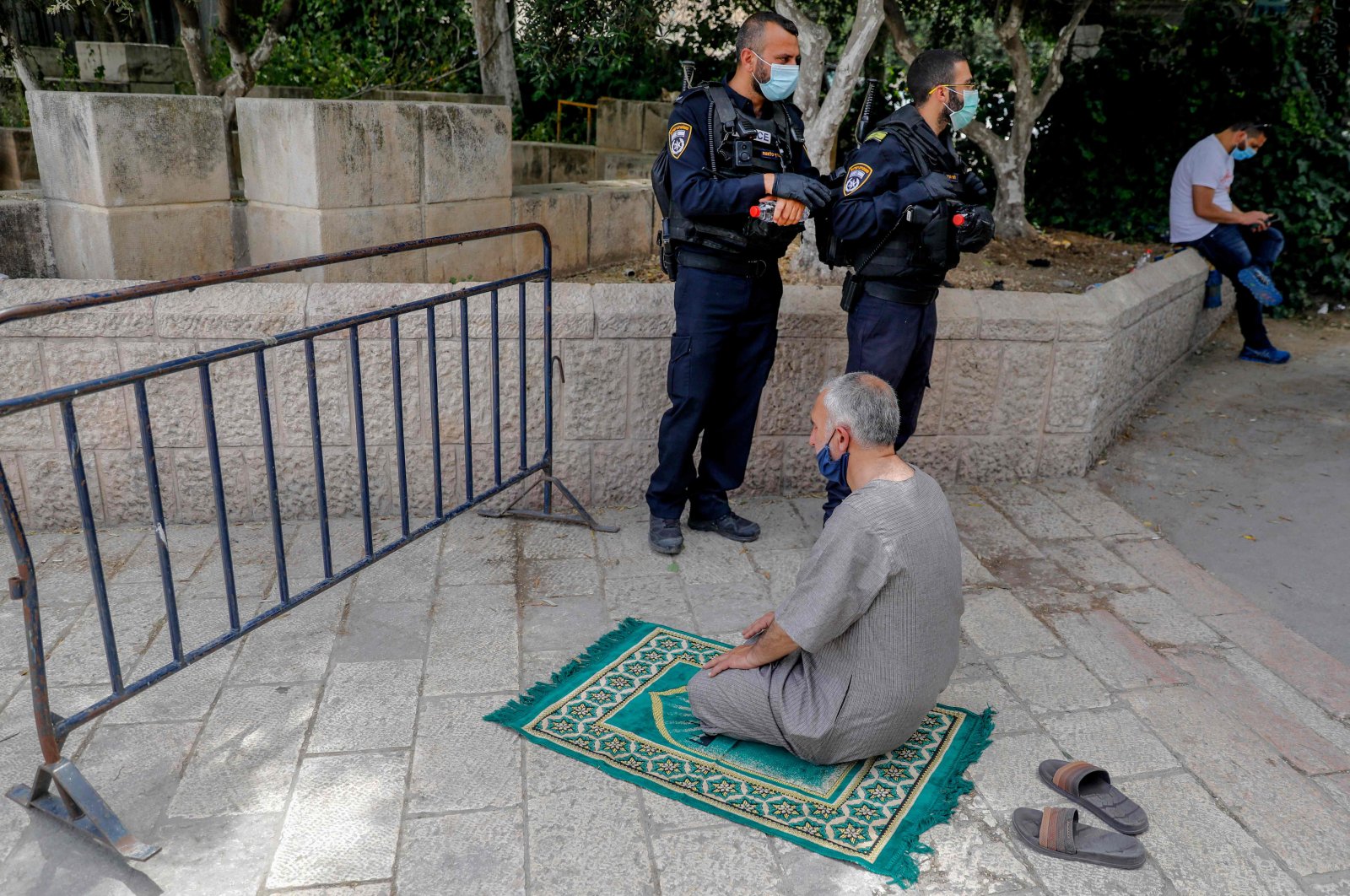 Israeli security forces look on as a Palestinian worshipper performs the Friday prayer during the Muslim holy month of Ramadan, outside the closed Al-Aqsa mosque compound in the Old City of Jerusalem, May 15, 2020. (AFP Photo)
by ASSOCIATED PRESS May 19, 2020 4:11 pm
RECOMMENDED

The Al-Aqsa mosque in Jerusalem, Islam's third holiest site, will reopen next week after the conclusion of a major holiday, following weeks of closure aimed at preventing the spread of the coronavirus, authorities said Tuesday.

The Islamic endowment overseeing the site under Jordanian custodianship had taken the unprecedented step of closing it to worshippers in March as other major holy sites were shuttered across the Middle East.

The endowment said that “in light of the relative decline of the spread of the virus” it would reopen the site to worshippers after the Eid al-Fitr (Ramadan Bayram) marking the end of the Islamic holy month of Ramadan, which will begin this weekend and last for three days. “A mechanism and procedures regarding lifting the suspension” will be announced later, it added.

The site has long been a flashpoint in the Israeli-Palestinian conflict, and perceived encroachments by Israeli authorities and hard-line Jewish groups have ignited clashes on a number of occasions. Israel says it has no intention of changing the status quo at the site.

The site is in east Jerusalem, which Israeli seized in the 1967 war and later annexed in a move not recognized internationally. The Palestinians want east Jerusalem to be the capital of their future state.

Israel and the Palestinian Authority imposed sweeping lockdowns in mid-March aimed at containing the virus, limiting travel and public gatherings, and forcing nonessential businesses to close. Many of the restrictions have been lifted in recent weeks as the rate of new infections has declined.