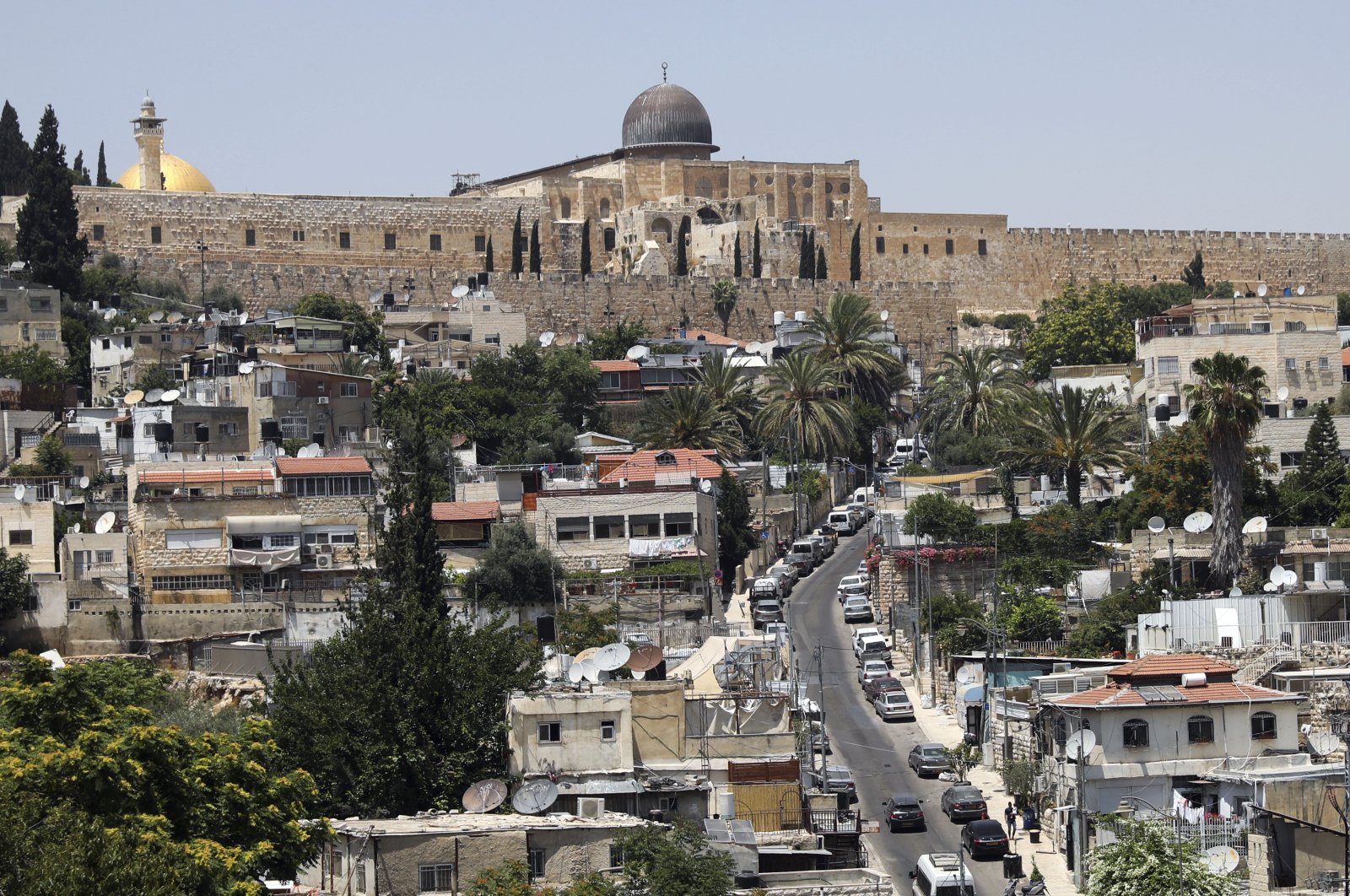 A general view of the Palestinian neighborhood of Silwan in east Jerusalem below the Al-Aqsa mosque compound, July 1, 2020. (AP Photo)
by DAILY SABAH WITH AA Jul 22, 2020 11:56 am
RECOMMENDED

An official from the Jerusalem Islamic Waqf told Anadolu Agency (AA) that 228 extremists under protection by the Israeli police entered the Al-Aqsa Mosque compound in the walled Old City of Jerusalem.

The official also told the Anadolu Agency that there has been an increase in numbers of extremist Jews raiding the mosque lately.

Such raids cause increasing tensions in the region.

According to a 1994 peace treaty between Israel and Jordan, all waqfs in Jerusalem are under the protection of the administration of Jerusalem Islamic Waqf, which functions under Jordan’s Ministry of Awqaf, Islamic Affairs and Holy Places. A waqf is an Islamic endowment of property held in trust and used for a charitable or religious purpose.

Jews, who used to visit the Al-Aqsa Mosque with permission from the Jerusalem Islamic Waqf before, regularly enter the Muslim shrine in line with Israel’s unilateral decision which violates the waqf’s sovereignty.

The waqf, which does not recognize Israel’s unilateral decision, describes such entries by Jews as raids.

The area where the mosque is built is referred to as the Temple Mount by the Jews. It is central to the Israeli-Palestinian conflict and a flashpoint issue, with Palestinians fearing Israel may one day seek to assert further control over the site. It is located in east Jerusalem, which was annexed in 1980 by Israeli forces under the claim that the city serves as the capital of the Jewish state, a move never recognized by the international community. It ranks after only Mecca and Medina in Saudi Arabia as far as the holiest sites in Islam and is the most sacred site in Judaism. Jews are allowed on the premises to visit but not to pray, to avoid provoking tensions.

Muslims believe that the first qiblah, the direction where Muslims turn during prayers, was at Al-Aqsa Mosque until it was designated as Mecca. Moreover, the existence of the Qubbat-us Sahra within the compound makes it more special as it is believed that the Prophet Muhammad started his spiritual journey to the heavens (miraj) from there.

Since Israel occupied Jerusalem in 1967, the conflict has continued between Palestinians and Israelis, as the latter believe that the holy temple of Solomon is beneath the mosque. There are several rumors claiming that some Israelis were digging tunnels to reach the temple's ruins.