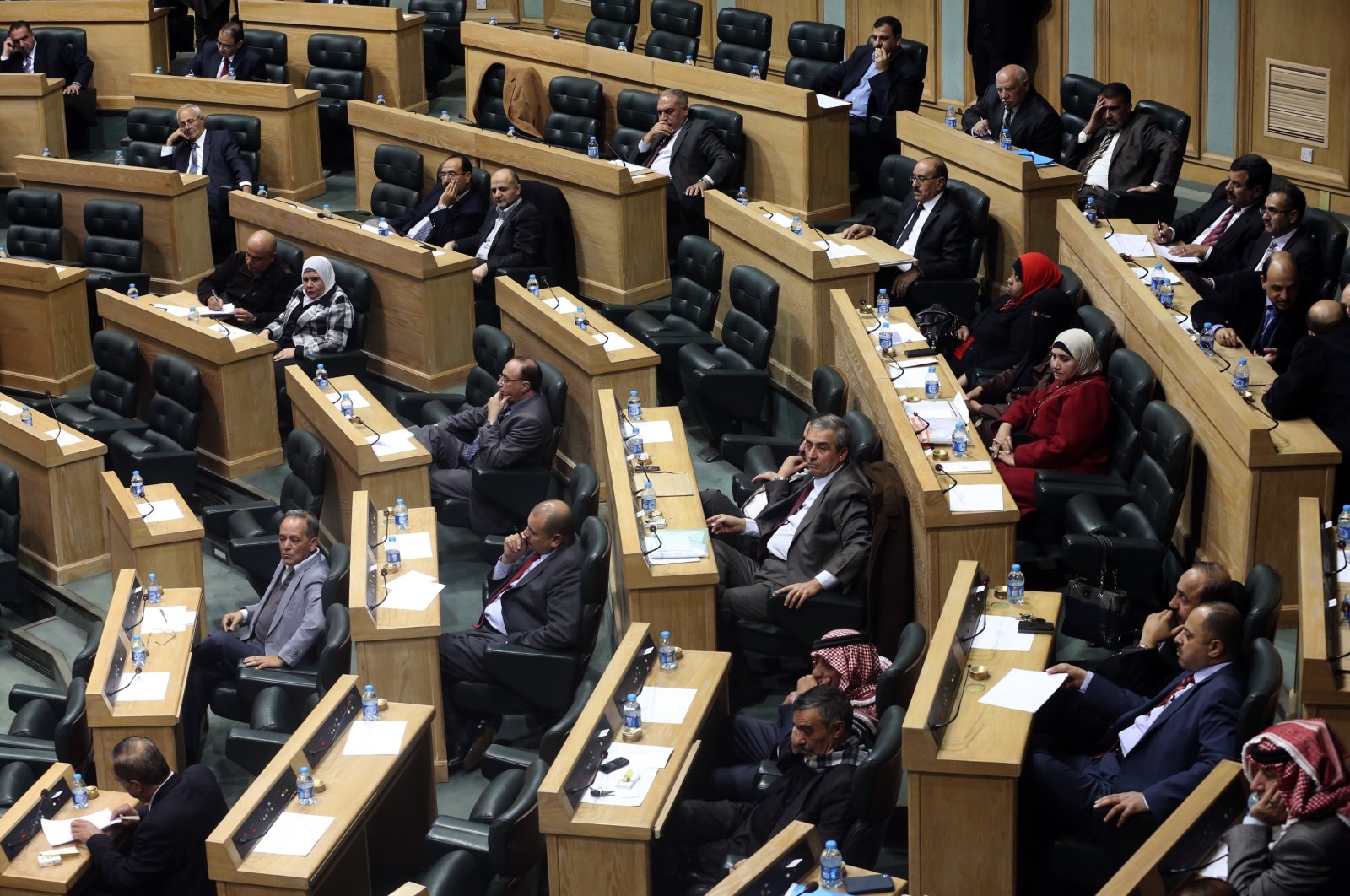 Jordanian lawmakers attend the second day of a heated debate on the U.S. push for a peace deal between Israelis and Palestinians, under the domed parliament chamber in the capital, Amman, Jordan, Feb. 4, 2014. (AP File Photo)
by Anadolu Agency Nov 21, 2021 6:06 pm

A majority of the lawmakers in the Jordanian parliament criticized Britain's decision to designate the Palestinian resistance group Hamas as a "terrorist organization."

In a statement, 75 members of the 130-seat House of Representatives described the British move as "an aggression on the Palestinian people and the Arab nation."

The statement said the U.K. decision was a "reward to the Zionist (Israeli) occupation which kills the Palestinian people ... and besieges the people of Gaza."

The lawmakers called on the U.K. Parliament to overturn the government move as "it represents siding with [Israeli] aggression and oppression."

On Friday, U.K. Home Secretary Priti Patel said she had banned Hamas as a "terrorist" organization.

The decision, which will be pushed in the U.K. Parliament next week, could see Hamas supporters and activists face jail terms of up to 14 years.

Hamas, which rules the Gaza Strip, slammed the U.K. ban as "continued aggression" on Palestinians and their rights.

The U.K. has banned Hamas' armed wing, the Qassam Brigades, as a terrorist organization in 2001, but did not include the group's political bureau within the designation.