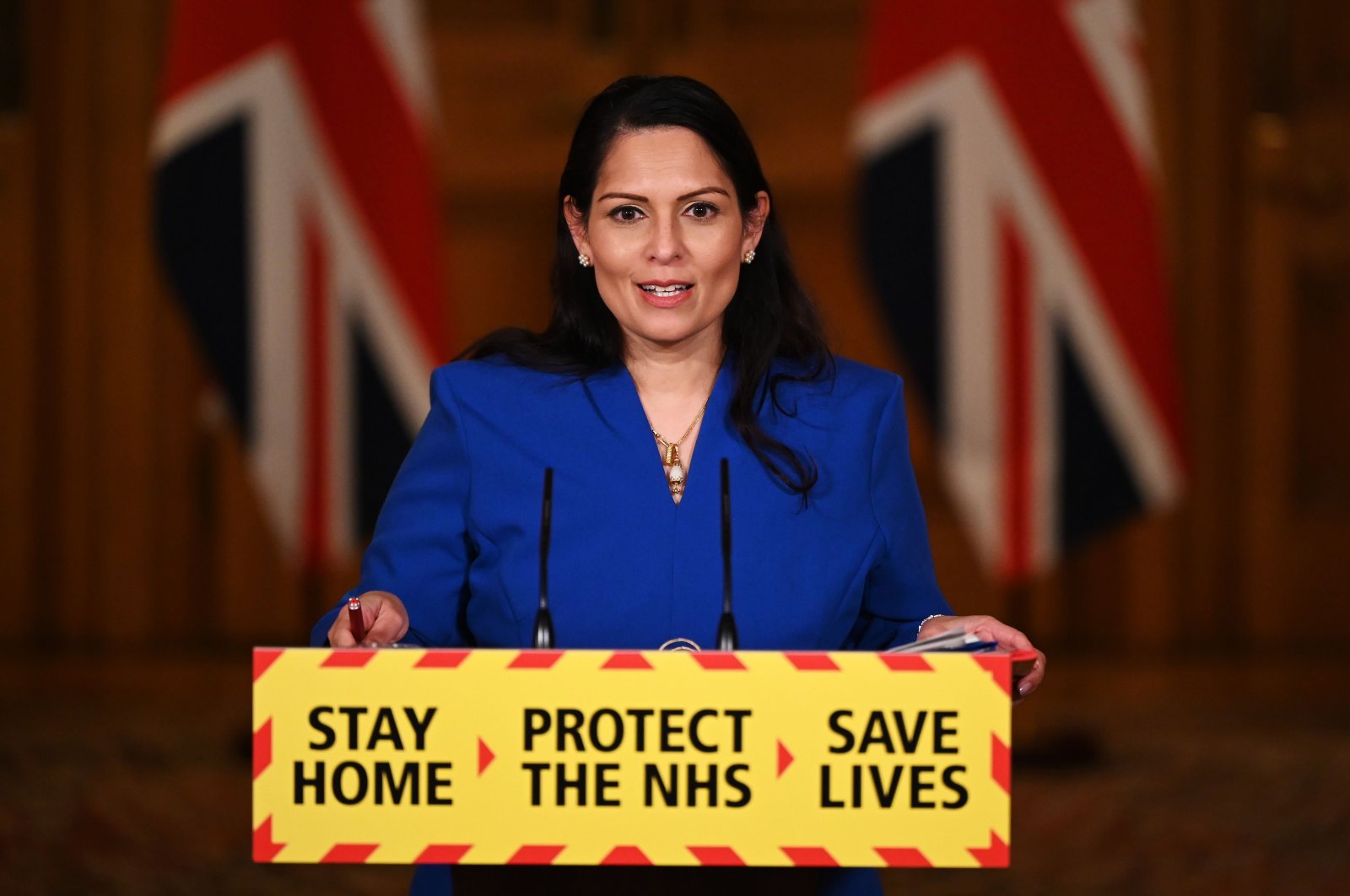 U.K. Home Secretary Priti Patel unveils a new U.S.-style digital visa regime at the country's borders in order to measure immigration levels in and out of the country, London, U.K., May 23, 2021. (AFP Photo)
by DAILY SABAH WITH AGENCIES Nov 19, 2021 2:44 pm
RECOMMENDED

Britain's Home Secretary Priti Patel Friday said she had banned the Palestinian resistance group Hamas, which has been fighting for years against the Israeli occupation, in a move to bring the U.K.'s stance on Gaza's rulers in line with the United States and the European Union.

"Hamas has significant terrorist capability, including access to extensive and sophisticated weaponry, as well as terrorist training facilities," Patel said in a statement. "That is why today I have acted to proscribe Hamas in its entirety."

The organization will be banned under the Terrorism Act, and that anyone expressing support for Hamas, flying its flag or arranging meetings for the organization would be in breach of the law, the interior ministry confirmed. Patel is expected to present the change to parliament next week.

In a statement, the group said Britain continues "favoring the (Israeli) aggressor at the expense of the (Palestinian) victims."

"Resisting occupation by all available means, including armed resistance, is a right granted to people under occupation as stated by the international law," Hamas said, according to Anadolu Agency (AA). "The (Israeli) occupation is terrorism. Killing the indigenous people, expelling them by force, demolishing their homes, and detaining them are terrorism."

Patel, who is on a trip to Washington, called Hamas "fundamentally and rabidly anti-Semitic," adding that proscription was required to protect the Jewish community.

In 2017, Patel was forced to resign from her then-position as Britain's international development secretary after she failed to report secret meetings with top Israeli officials during a private holiday to the country.

"I welcome the U.K.'s intention to declare Hamas a terrorist organization in its entirety – because that's exactly what it is," he wrote on Twitter.

Israeli Foreign Minister Lapid said the move resulted from "joint efforts" between the British and Israeli governments. If successful, flying Hamas' flag, arranging to meet its members or wearing clothing supporting the group will be outlawed.

Politically, it could force Britain's Labour party to take a position on Hamas, given pro-Palestinian strong support on the hard left of the main opposition party. Former leader Jeremy Corbyn in 2016 said he regretted once calling members of Hamas and Hezbollah "friends" during a meeting at the British parliament. Veteran socialist Corbyn, who said he was attempting "inclusive" language to encourage talks about the peace process, resigned after Labour's 2019 election defeat.