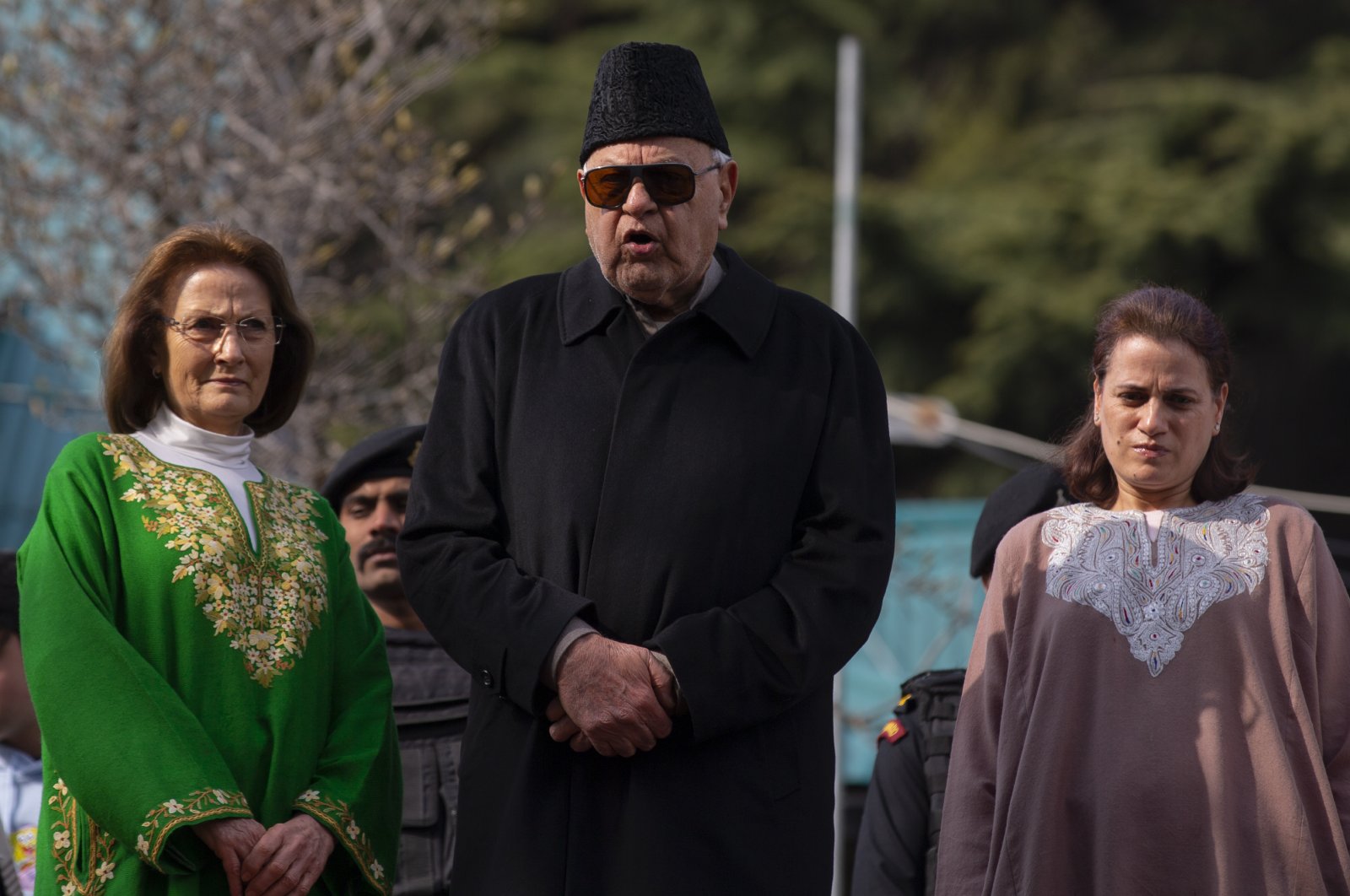 Kashmir's most prominent politician, Farooq Abdullah, was released from prison Friday. He was one of dozens of leaders being held since last August when the Indian government withdrew the troubled region's autonomous status.

Abdullah, a former chief minister, told reporters he was happy to be free but that there were many others still in detention under the same law including his son, former Chief Minister Omar Abdullah. "But this freedom is not complete; the freedom will be complete when all the leaders ... who are in either prisons in the state or outside the state, or in hostels or in various buildings where they have been put under house arrest," he told reporters in the main city of Srinagar. Abdullah said a door had opened with his release.

Like Abdullah, dozens of pro-India politicians were detained either in their homes or a government-owned hotel in Srinagar in the run-up to the scrapping of the region's special status.

Kashmir is held by India and Pakistan in parts and claimed both. Since they were partitioned in 1947, the two countries have fought three wars, in 1948, 1965 and 1971, two of them over Kashmir. Some Kashmiri groups in Jammu and Kashmir have been fighting against Indian rule for independence or unification with neighboring Pakistan. According to several human rights organizations, thousands of people have reportedly been killed in the conflict in the region since 1989.