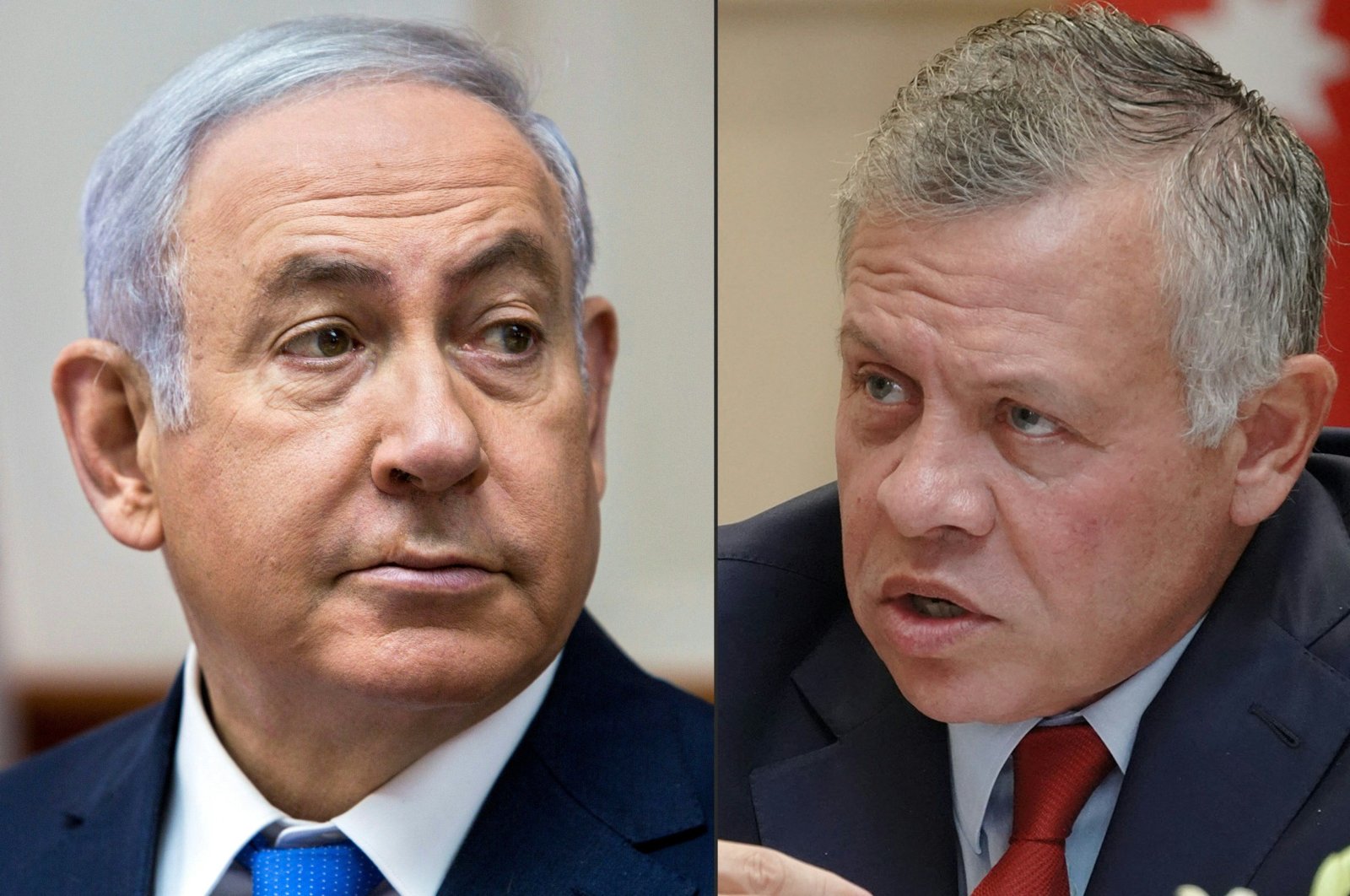 Jordan's King Abdullah II highlighted the importance of respecting the status quo at the Al-Aqsa Mosque Compound in East Jerusalem in a surprise meeting with Israeli Prime Minister Benjamin Netanyahu on Tuesday, according to a statement issued by the royal court.

In Tuesday's meeting, King Abdullah II pushed Israel to “stop its acts of violence” that are undermining hopes for an eventual peaceful settlement to the decadeslong Israeli-Palestinian conflict, the Jordanian government said, reaffirming its support for a two-state solution.

The Jordanian government has already summoned the Israeli ambassador to Amman twice in the last month since Israel's new government took office — both times after an incident at the Al-Aqsa Mosque compound. Netanyahu has repeatedly offered assurances that there has been no change in the status quo at the site.

Netanyahu, who previously served as prime minister from 2009 to 2021, returned to power last month at the head of a coalition that includes extreme-right and ultra-Orthodox Jewish parties.

Jordan in 1994 became the second Arab country to recognize and sign a peace treaty with neighboring Israel, after Egypt.

King Abdullah has repeatedly described ties with Israel as a "cold peace" and in late 2019 said that Israeli-Jordanian relations are at "an all-time low."

Israel's former defense minister Benny Gantz met Abdullah in Amman in January 2022, less than a month after a visit by former premier Naftali Bennett in a bid to repair the relationship.

According to the palace statement, the king stressed in his meeting with Netanyahu "the need to maintain calm and cease all acts of violence, in order to pave the way for a political horizon for the peace process."

He called for "an end to any measures that could undermine peace prospects" and "reaffirmed Jordan's steadfast position in support of the two-state solution" to Israel's conflict with the Palestinians, it added.

The foreign ministry in Amman summoned Israel's ambassador twice this month, once to protest hard-right minister Ben-Gvir's visit to the Al-Aqsa Compound, and a second time after Israeli police officers prevented the Jordanian ambassador from entering the site.

Al-Aqsa Mosque is the third-holiest place in Islam and the most sacred site to Jews, who refer to the compound as the Temple Mount.