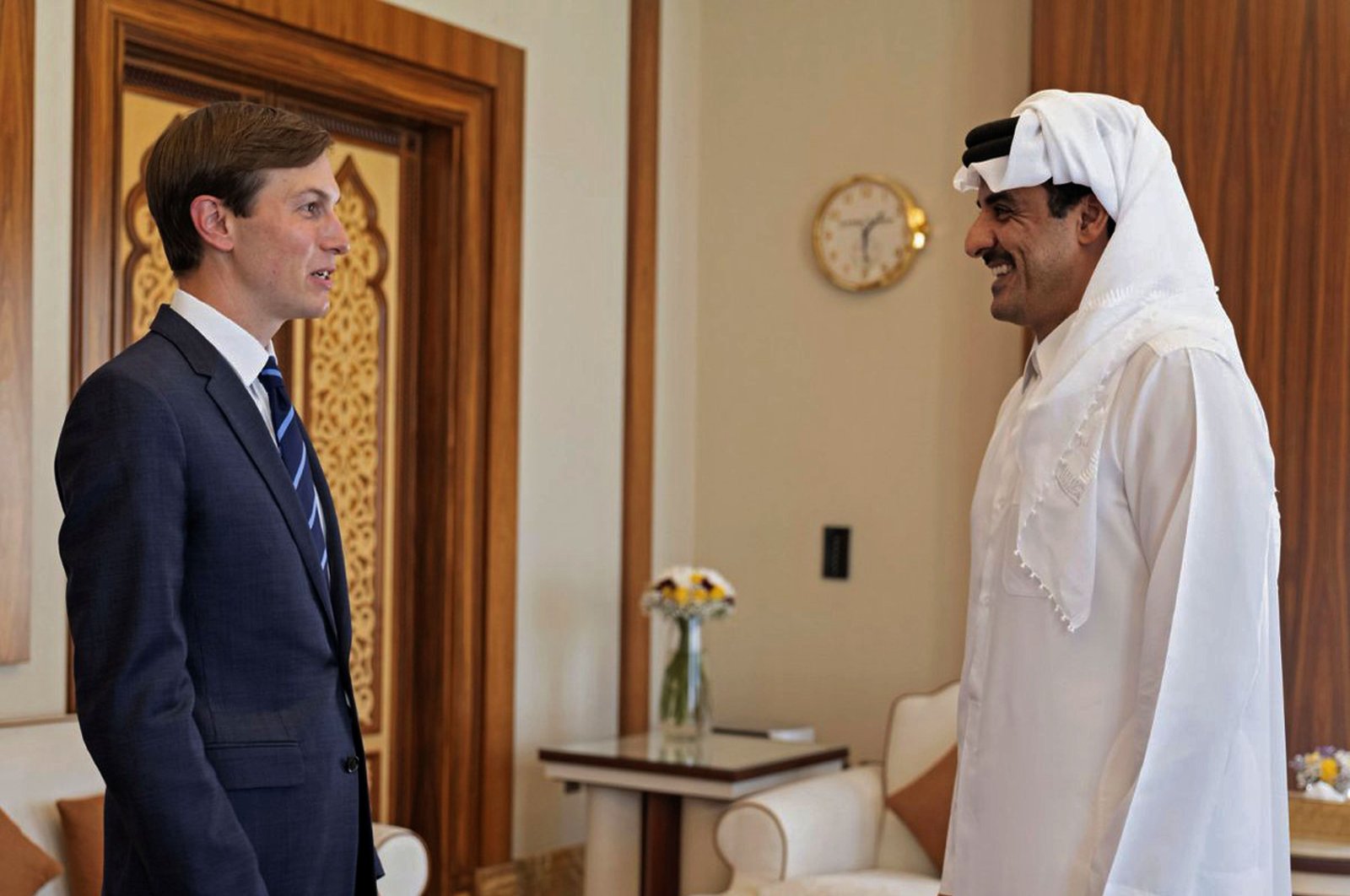 Jared Kushner, the son-in-law and senior adviser for outgoing U.S. President Donald Trump, is expected to tackle the Gulf crisis and push for progress toward ending the spat during a visit to Qatar Wednesday.

Few details have been made public about Kushner's trip, which could be his last chance to press diplomatic issues in the region that has been a focal point for the Trump administration.

Analysts expect Kushner will focus on efforts to resolve the three-year-long Gulf crisis, which has pitted a Saudi-led alliance against Qatar, suggesting it could result in limited confidence-building measures.

Cinzia Bianco, a research fellow at the European Council for International Relations, said Saudi Arabia was "considering a transitional trial phase to see if they can start resolving the dispute."

Riyadh – along with Bahrain, the United Arab Emirates (UAE) and Egypt – cut all ties with Qatar in June 2017, accusing Doha of being too close to Iran and supporting “terrorism.” The Saudi-led coalition issued 13 sweeping demands, including the closure of the Doha-based Al Jazeera news network and the shuttering of a Turkish military base, in order to end the Qatar blockade, also known as the Gulf crisis. They also demanded Doha curb relations with Riyadh's arch-rival, Iran. Qatar rejected the demands, calling them "unrealistic" and "not actionable," leading to a stalemate.

The boycotting countries have closed their airspace, land borders and sea channels to Qataris and vehicles registered there. That has forced Qatar Airways aircraft to fly over Iran, paying significant overflight fees to Tehran in the process.

Royal United Services Institute analyst Tobias Borck said he expected "some kind of confidence-building measure to emerge from this, perhaps the opening of Saudi airspace for Qatar Airways," according to the Agence France-Presse (AFP).

U.S. national security adviser Robert O'Brien said in November that allowing Qatari planes to fly over Saudi Arabia via an "air bridge" was a priority for the Trump administration.

In return, Qatar could agree that its media, including Al Jazeera, would tone down its coverage of Saudi Arabia, according to another analyst, who declined to be named due to the issue's sensitivity.

The UAE, which has been Qatar's most vocal critic since the start of the crisis, is not expected to be included in the latest initiative to resolve the spat.

David Roberts, author of a book on Qatari geopolitics, said the UAE has "only ever doubled down on the Qatar issue. So it's far harder to see how they might pivot."

Qatar has repeatedly said it is open to talks without preconditions, though has not signaled publicly it would compromise on the 13 demands of the boycotting countries.

Past mediation efforts led by Kuwait have come to nothing.

Kushner is also expected to push for Saudi Arabia and Qatar to normalize relations with Israel after the UAE and Bahrain forged ties with the Jewish state and Sudan agreed in principle to follow suit.

“I see all of (Kushner’s) agenda items connected to enhancing Israel’s interests and Israel’s position,” William Lawrence, an American University lecturer and a former senior Department of State official under the administration of U.S. President Barack Obama, told Al Jazeera. “They include continuing to maximize efforts against Iran by trying to solve the Gulf blockade of Qatar totally or in part.”

Qatar and Saudi Arabia, both close allies of Washington, have so far held out, insisting the Palestinian issue should be resolved ahead of any normalizing of ties with Israel.

“To see Kushner’s visit as somehow a pro-Saudi or a pro-Qatar or pro-competition with Iran strategy, for its own sake, is to misunderstand what motivates Jared Kushner himself,” Lawrence said, highlighting that the team accompanying Kushner to the region – which includes Middle East envoy Avi Berkowitz and former special representative for Iran Brian Hook – have been working primarily on Israeli normalization deals and isolating Iran.

They are not “people who’ve been working on the Gulf crisis,” Lawrence told Al Jazeera.