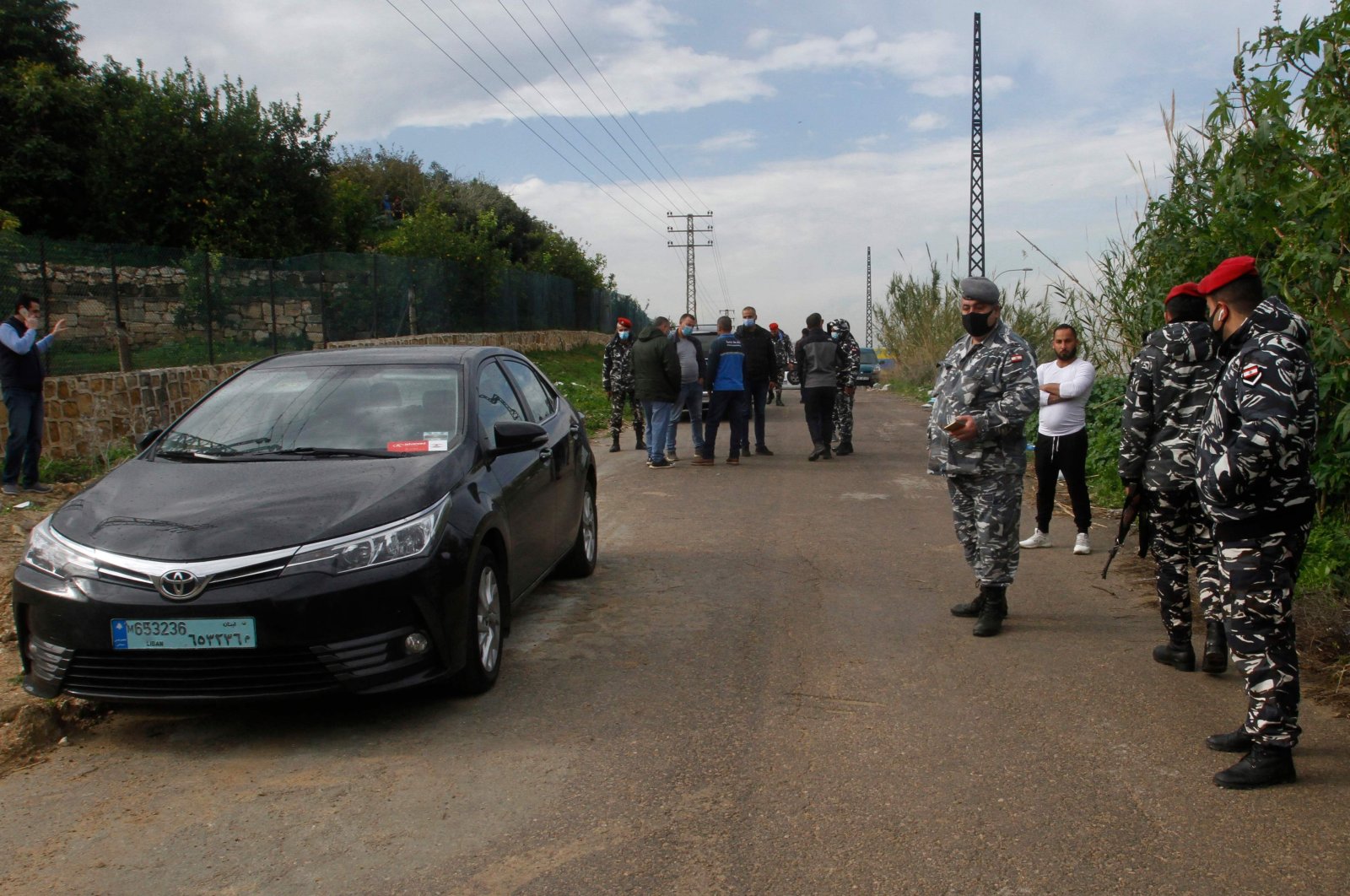 Security forces and inspectors gather around the car in which the lifeless body of prominent Lebanese activist Lokman Slim was found, in the village of El-Aaddousiye, near the southern Lebanese city of Sidon (Saida), on Feb. 4, 2021. (AFP Photo)
by Agencies Feb 04, 2021 5:10 pm
RECOMMENDED

A prominent Lebanese activist known for his opposition to the Hezbollah paramilitary group, which wields great influence in southern Lebanon, was found shot dead in his car in the country's south on Thursday, a security official said.

The murder took place exactly six months after a cataclysmic explosion at Beirut port, drawing condemnation from abroad and tributes from his many friends.

Lokman Slim, 58, a prominent Shiite activist was routinely criticized, and often threatened, over his anti-Hezbollah stance. The activist founded an organization to archive Lebanon's violent past, made several documentaries with his wife Monika Borgmann and also worked in publishing.

Slim was last seen after leaving the home of a poet friend on Wednesday night. His family said he went missing overnight and Borgmann tweeted that he was not answering his phone.

Lokman is not answering his phone and he has not been seen since yesterday, 8 PM. Please share any information... #LokmanSlim

A relative said they found out about his death from a news alert while at a police station to report his disappearance.

"He was found dead in his car," a senior security official told Agence France-Presse (AFP) on condition of anonymity, adding that Slim was shot five times in the head and once in the back.

Preliminary information suggests he was killed between 2 a.m. and 3 a.m. (midnight GMT and 1 a.m. GMT), several hours after setting off in his car the previous evening. Without naming Hezbollah, Slim's sister had told AFP before his death was even confirmed that his disappearance was inevitably linked to his opinions.

As Slim's relatives gathered in the family house and friends trickled in to extend their condolences, a teary Rasha al-Ameer remembered her brother with admiration.

"I always used to ask him: 'Lokman, are you not afraid to speak your mind so freely in our countries, that are closed like prisons?," she said. "He used to tell me he was not afraid of death. They have killed an exceptional human being."

Lebanese social media erupted over the murder, as people commented on the latest in a long list of Lebanon's political killings.

Slim's criticism of Hezbollah faced rebuke from supporters of the Hezbollah movement, who sometimes called him "an embassy Shi'ite," accusing him of being a tool of the United States. Washington, which classifies Hezbollah as a terrorist group, has ramped up sanctions against its officials and allies in Lebanon, as part of a pressure campaign against Tehran.

Hezbollah did not respond to a request for comment on his death, which the country's officials, including Lebanese President Michel Aoun, called "an assassination," as Reuters reported. Amnesty International, a top U.N. diplomat in Lebanon and the EU ambassador to the country, Ralph Tarraf, all demanded an investigation.

"We deplore the prevailing culture of impunity," Tarraf wrote in a tweet.