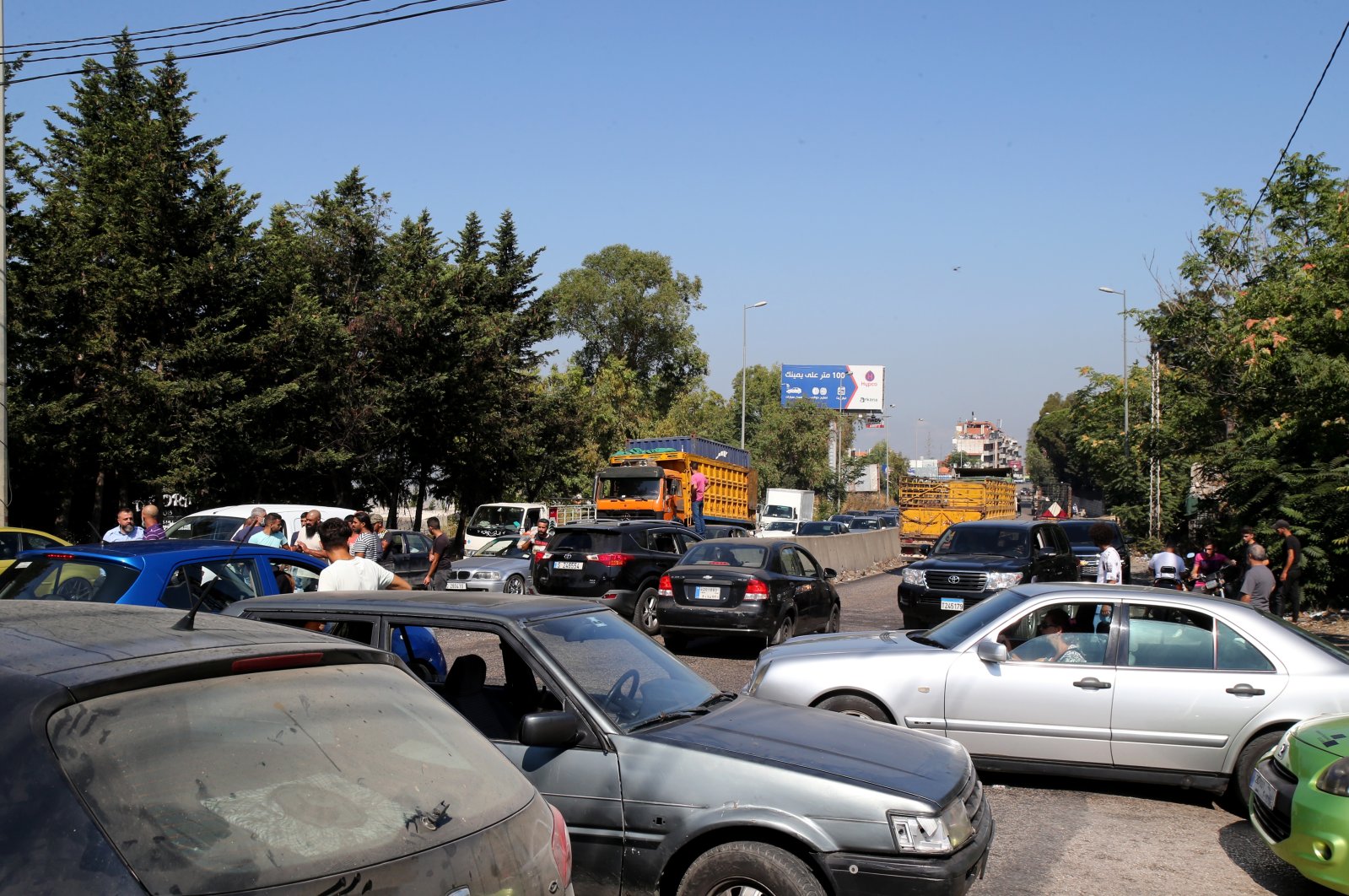 Anti-government protesters against the lifting of subsidies on all oil derivatives, including gasoline and diesel, block the international road leading to Syria in the Aley area in eastern Beirut, Lebanon, Aug. 14, 2021. (EPA Photo)
by agencies Aug 15, 2021 10:42 pm
RECOMMENDED

Lebanon is experiencing a severe fuel shortage that has caused long lines at gas stations and extended blackouts. Hospitals, bakeries and other essential facilities have said that dwindling stocks will cause them to shut down.

"I assure you, yes, God willing, we will definitely bring diesel and gasoline from Iran," Nasrallah said in a speech, saying the government was no longer able to provide.

In June, Nasrallah had said that all the logistics needed for such a step were ready and that Hezbollah would be able to do so while bypassing the central bank in order to avoid violating U.S. sanctions.

Nasrallah said on Sunday that Iran had assured him it would stand by Lebanon, and blamed the Lebanese government and American influence for a lack of response to the Iranian offer.

"It's settled," he said, adding that he would inform people of the timeline in the next two to three days.

Lebanon, hit by a financial crisis, has been grappling with soaring poverty, a plummeting currency and dire fuel shortages.

The central bank this week said it could not afford to fund fuel subsidies because of dwindling foreign reserves, and accused importers of hoarding fuel to sell at higher prices on the black market or in Syria.

Fuel shortages have left many with just two hours of electricity a day.

The American University of Beirut Medical Centre, Lebanon's top private hospital, had said it would close by Monday morning if it did not secure enough fuel to keep its generators running.