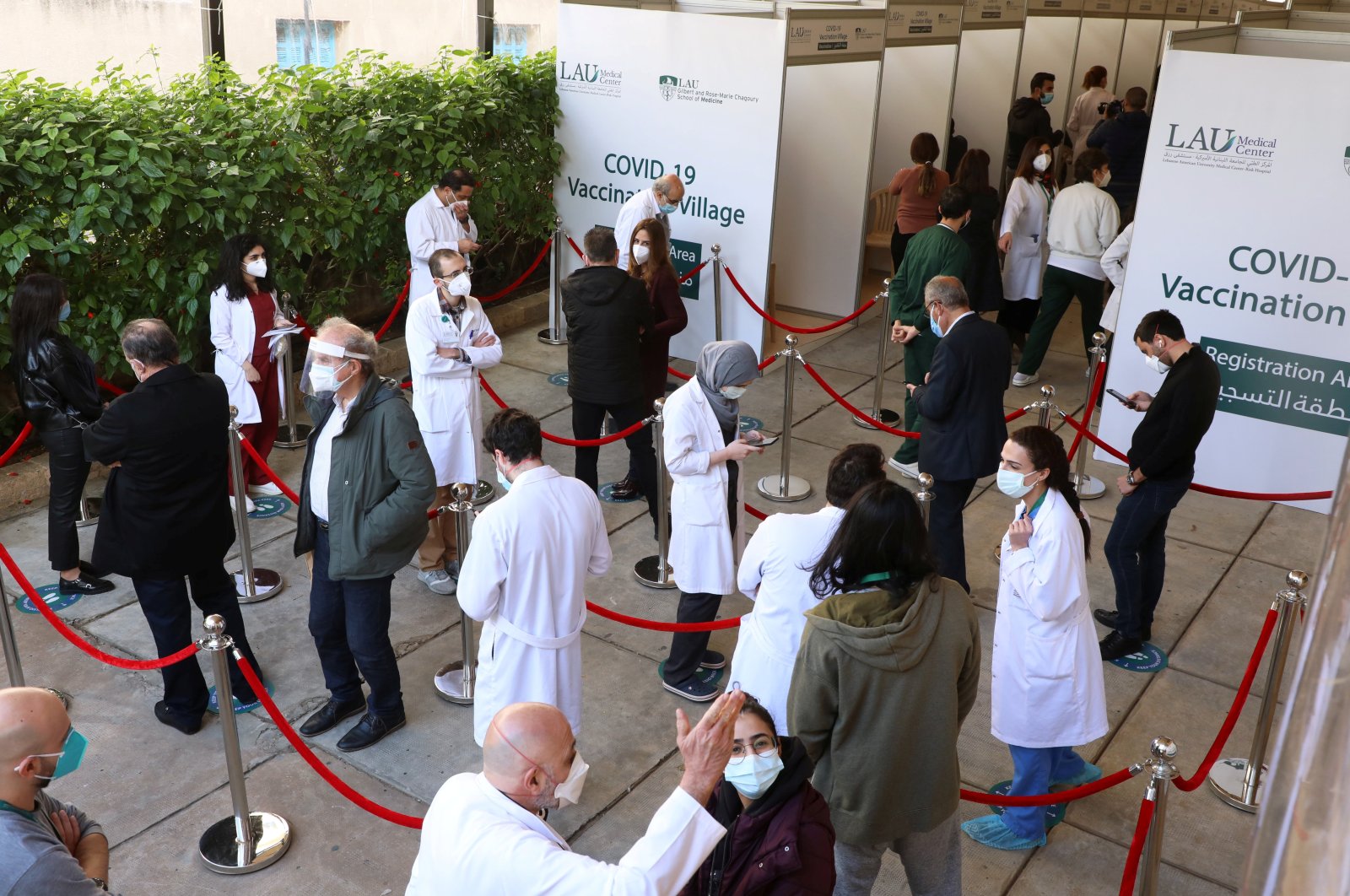 Lebanon was criticized Tuesday after 16 members of parliament jumped the queue for coronavirus jabs, putting World Bank vaccination funding in jeopardy by breaking rules for a fair rollout.

"What happened today is a violation we can't stay silent about," Abdul Rahman al-Bizri, the head of Lebanon's vaccine committee, told reporters.

Parliament's secretary-general, Adnan Daher, told Agence France-Presse (AFP) that 16 deputies as well as four parliamentary staff, all aged over 75, had received a COVID-19 jab inside parliament.

He insisted they were all registered for the vaccine with the health ministry and had not broken any rules.

But the World Bank, which is helping fund the vaccine rollout, said it broke the terms of the agreement with the government.

"We would record it (as a) breach of terms and conditions agreed with us for fair and equitable vaccination," World Bank regional director Saroj Kumar Jha said on Twitter.

"Everyone has to register and wait for their turn," he added.

The World Bank has allocated $34 million to inoculate an initial 2 million of Lebanon's 6 million inhabitants.

"Upon confirmation of (a) violation, (the) World Bank may suspend financing for vaccines and support for COVID-19 response across Lebanon," Jha added on Twitter. News that MPs had received their injections sparked anger on social media, in a country with a long reputation for government corruption.

"My mom is 84 she is registered and didn't (have) her turn yet, while all the politicians, (their) families and friends will be vaccinated before her," said one Twitter user.

Lebanon, a country of more than 6 million, began a mass vaccination campaign on Feb. 14, amid soaring virus cases that threatened an already-fragile health sector. The country has recorded 356,597 coronavirus cases, including 4,387 deaths since the pandemic began.

Some 17,000 people have had their first injection, according to health officials, a rate some criticize as being too slow.