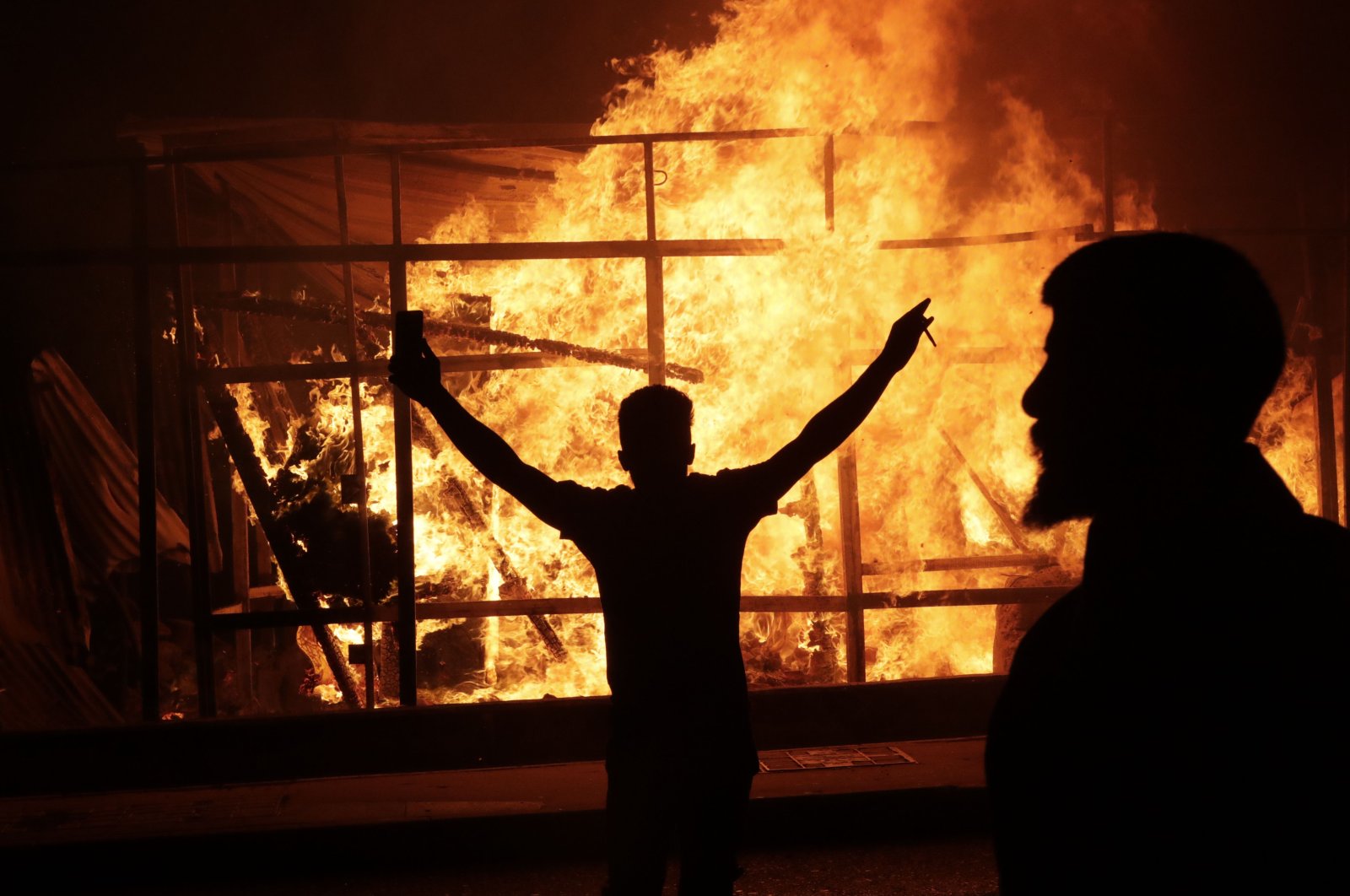 A Lebanese anti-government protester raises his arms in front of a burning wooden structure during a demonstration against dire economic conditions, Beirut, June 12, 2020. (AFP Photo)
by Compiled from Wire Services Jul 10, 2020 4:47 pm

"This situation is fast spiraling out of control, with many already destitute and facing starvation as a direct result of this crisis," Michelle Bachelet, the U.N. High Commissioner for Human Rights, said in a statement.

Lebanon is one of the most indebted countries in the world with sovereign debt of more than 170% of gross domestic product (GDP). After the country for the first time defaulted on its sovereign debt in March, the government pledged reforms, and in May started talks with the International Monetary Fund (IMF) toward unlocking billions of dollars in aid. But 16 meetings later, talks between crisis-hit Lebanon and the IMF are deadlocked and leaders reluctant to enact reforms.

Since October, the deepening turmoil has sparked mass protests demanding the wholesale removal of a political class seen as incompetent and corrupt. The crisis has shot poverty up to almost 50% and unemployment to 35%. In recent days, the Lebanese pound fetched more than 9,000 to the greenback on the black market. With prices soaring, many can no longer afford to fill their fridges, while others have started bartering clothes or household items online for baby milk and diapers. Four Lebanese killed themselves last week in suicides apparently linked to the economic downturn.