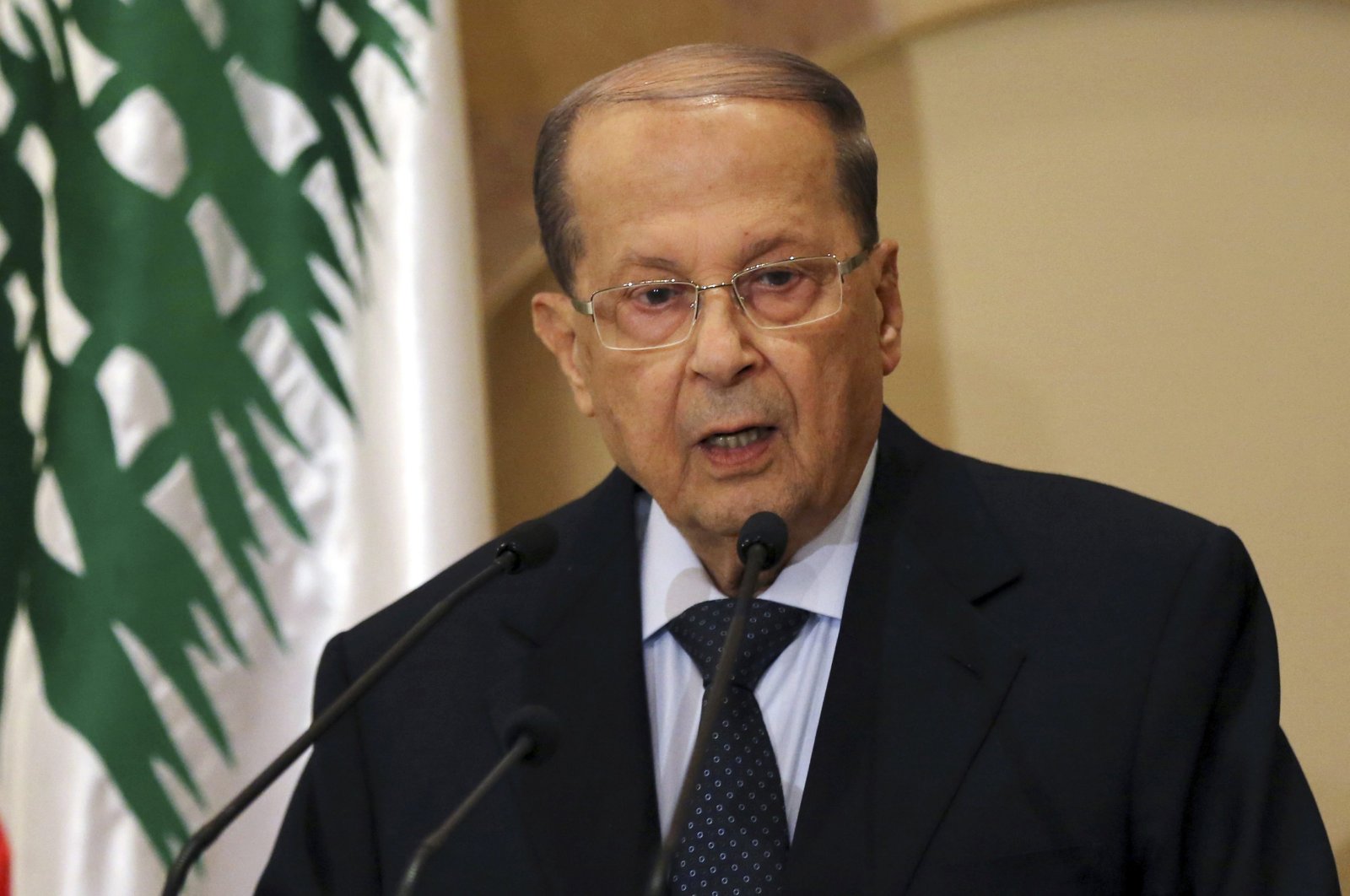 Lebanese President Michel Aoun is seen interacting with journalists after his predecessor endorsed him for the presidency, in Beirut, Lebanon, Oct. 20, 2016. (AP Photo)
by Anadolu Agency Nov 12, 2021 10:38 am

As Lebanon is grappling with a soaring poverty rate, the United Nations has stepped in to provide humanitarian aid to 800,000 Lebanese people. The head of the U.N. World Food Programme (WFP) said Thursday that they plan to provide around $65 million in grants.

Lebanese President Michel Aoun received WFP Executive Director David Beasley and his delegation at the Baabda Presidential Palace in the capital Beirut, according to Lebanese media.

Confirming that the WFP is determined to continue helping Lebanon, Beasley said they hope to increase aid and include the 800,000 Lebanese in two months.

He went on to say that WFP is in touch with donor countries to increase their financial contributions.

Meanwhile, Aoun said the poverty rate in the country is approximately 74% of the total population and may reach 82% if necessary steps are not taken.

Talking about the importance of the WFP, he underlined that he hoped it would succeed in its work to reach the goal of helping 1.6 million Lebanese by May.

Since late 2019, Lebanon is struggling with some of the severe domestic challenges, including currency devaluation, in which the Lebanese pound lost almost all of its value against the U.S. dollar, along with shortages of fuel and medicine.

Figures show that over 6 million Lebanese people live in Lebanon while 16 million live in other parts of the world.