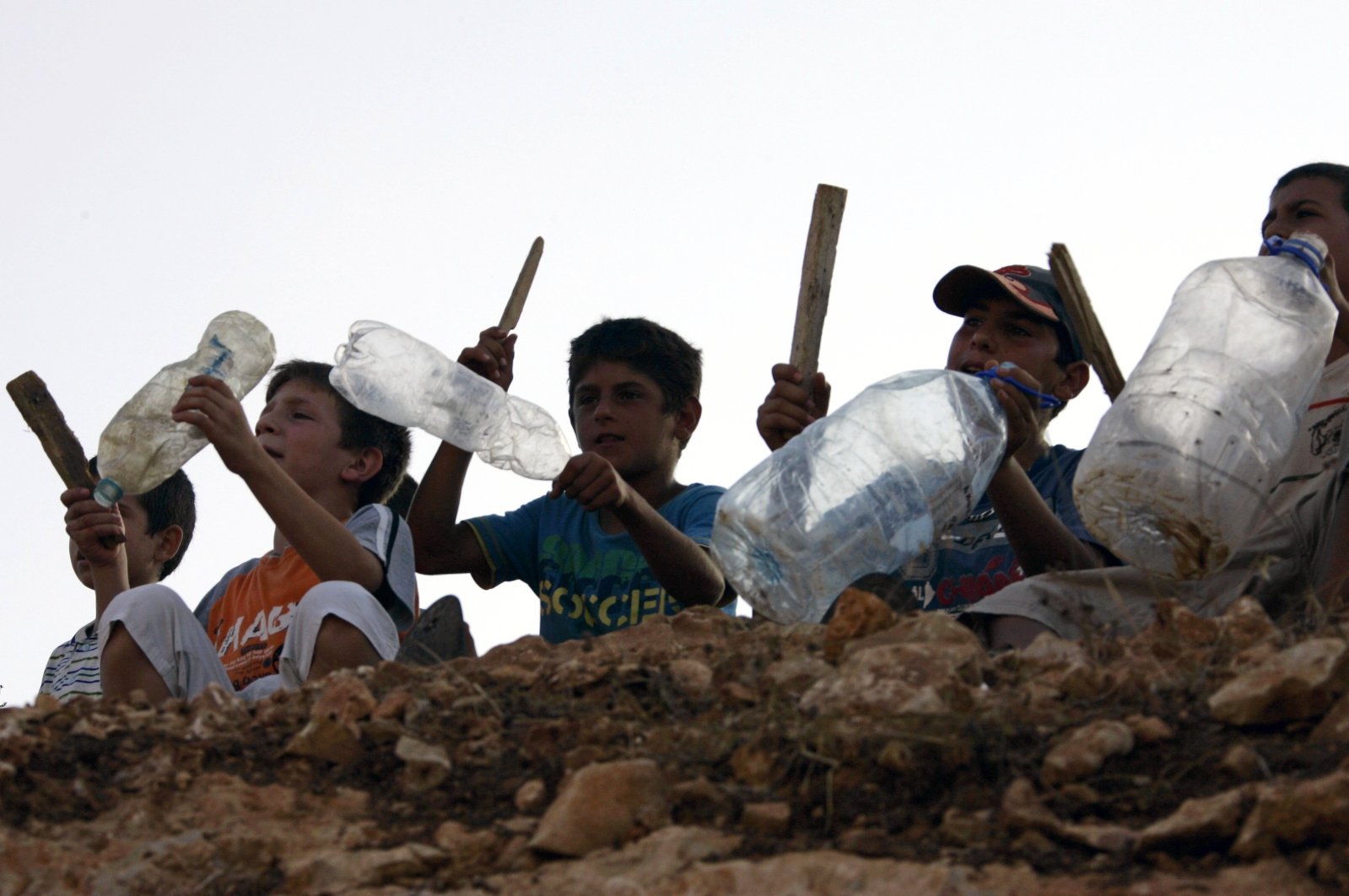 The dire economic crisis in Lebanon threatens to turn into an "educational catastrophe," a leading British-based charity warned Thursday, with vulnerable children facing the possibility of never returning to school.

A report released by Save the Children said that the pandemic coupled with an economic downturn means that children went months without schooling due to coronavirus restrictions.

"The social and economic crisis in Lebanon is turning into an education catastrophe, with vulnerable children facing a real risk of never returning to school," Save the Children said in a report published Thursday.

The risk is real not only for Lebanese families, more than half of whom live in poverty, but also for the hundreds of thousands of Palestinian and Syrian refugees who already struggled to access education before Lebanon's multifold crisis made it more difficult, it said. Poverty threatens the return of children to education as these families are forced to rely on their children for income. Save the Children claims that for many children in Lebanon, the question is not when they return to school, but whether they will return at all.

"Poverty is a steep barrier to children's access to an education, as many families cannot afford learning equipment or have to rely on children to provide an income," the charity said.

More than 1.2 million children in Lebanon have been out of school since the country's coronavirus outbreak began last year, Save the Children said. Those lucky enough to get any schooling received "an estimated maximum of 11 weeks of education," with even lower numbers for Syrian children, it added.

Meanwhile, the country's worst economic downturn since the 1975-1990 civil war has made "remote learning out of reach for more and more children," with families unable to afford electronic devices and a reliable-enough internet connection, the charity said.

Save the Children cited the example of an 11-year-old child identified as Adam, who shares a smartphone with his two sisters and has to go next door to access the internet. The country's crisis has shown no signs of slowing down, with the Lebanese pound losing more than 85% of its value against the dollar on the black market in a devaluation that has eaten away at people's purchasing power.

"A large number of children may never get back into a classroom either because they have missed so much learning already or because their families can't afford to send them to school," said Jennifer Moorehead, the charity's Lebanon director. "We are already witnessing the tragic impact of this situation, with children working in supermarkets or in farms, and girls forced to get married," she added.

Moorehead stressed that education for thousands of children in Lebanon is hanging by a thread and a large number of children may never get back into a classroom either because they have missed so much learning already or because their families can’t afford to send them to school.

She highlighted that since children in Lebanon already have lower literacy rates than in the Middle East countries, the effect will eventually lead to higher rates of child labor, child marriage and other forms of abuse and exploitation.

“Like with many crises, it is the poorest children and the country’s large number of refugees who are worst hit by the quickly deteriorating crisis,” she said. “The longer children are out of school, the more they will fall behind.”

The educational crisis, which began to escalate in October 2019 as protests and civil unrest spread across the country, has been further attributed to a number of factors, such as the August 2020 port explosion in Beirut, the recent currency collapse and COVID-19 isolation measures.

Save the Children warns that critical action must be taken to ensure that “an entire generation does not lose the opportunity to get an education.”

The organization called on all children to have legal access to education, regardless of origin or gender, and to reopen schools as soon as it is safe to do so.