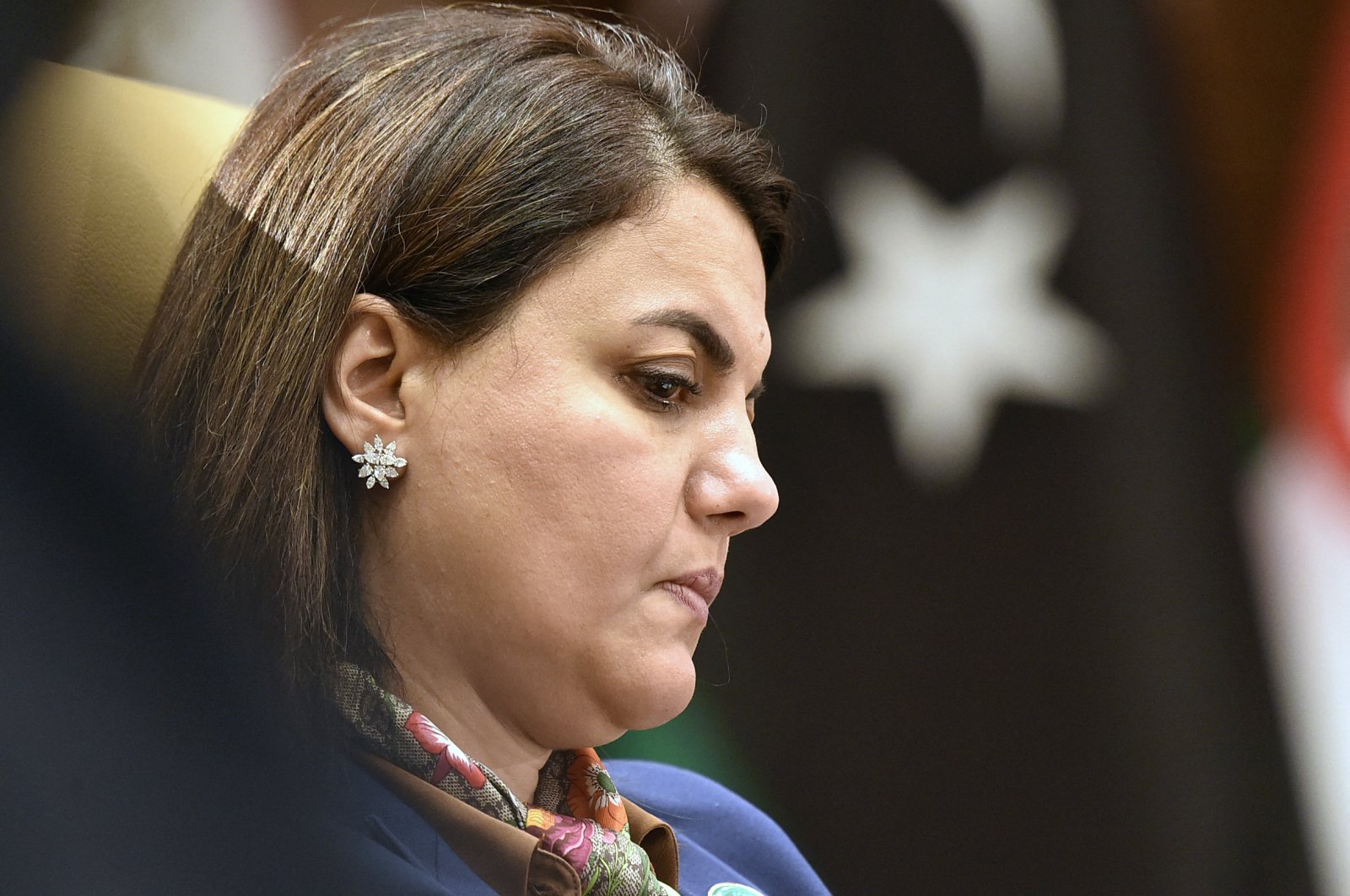 The Libyan government on Sunday rejected the Presidential Council's decision to suspend Foreign Minister Najla Mangoush, who was accused of not coordinating foreign policy with the council.

The Council of Ministers said that decision is not within the authority of the Presidential Council.

"According to the results of the Libyan Political Dialogue Forum held in Geneva, the Presidential Council has limited powers, has no legal right to appoint or dismiss members of the executive branch, and this right is exclusively vested in the Prime Minister of the National Unity Government,” it said.

It added that the Foreign Ministry "has shown great success in the international arena by organizing the Libyan Stability Conference and adopting a positive communication policy towards friendly and brotherly countries in a way that will contribute to Libya's stability."

Emphasizing that the efforts of the ministry should be supported by all officials and parties, the statement said the National Unity Government instructed Mangoush to continue in her role and reiterated "its appreciation for her patriotic efforts by performing her duty as requested." It added that these powers are exclusive to the prime minister.

The Libyan Political Dialogue Forum, a U.N.-selected assembly that set a roadmap for peace in Libya, chose a three-person Presidency Council headed by Mohamed Menfi until elections are held.

Disagreement over the council's suspension of the foreign minister is likely to increase tensions between Libya's rival factions as they try to work together after years of conflict.

Mangoush violated administrative rules by acting unilaterally on foreign policy matters, without coordination with the council, according to a decree.

Saturday’s decision came more than six weeks before the scheduled elections. The Dec. 24 vote still faces other challenges, including unresolved issues over the country’s elections laws and occasional fighting among armed groups. Other obstacles include the deep rift that remains between the country’s east and west and the presence of thousands of foreign fighters and troops.

Libya has been engulfed in chaos since a NATO-backed uprising toppled longtime leader Moammar Gadhafi in 2011. He was captured and killed by an armed group two months later.

The oil-rich country was for years split between rival governments, one based in the capital, Tripoli, and the other in the eastern part of the country. Each side is backed by different foreign powers.