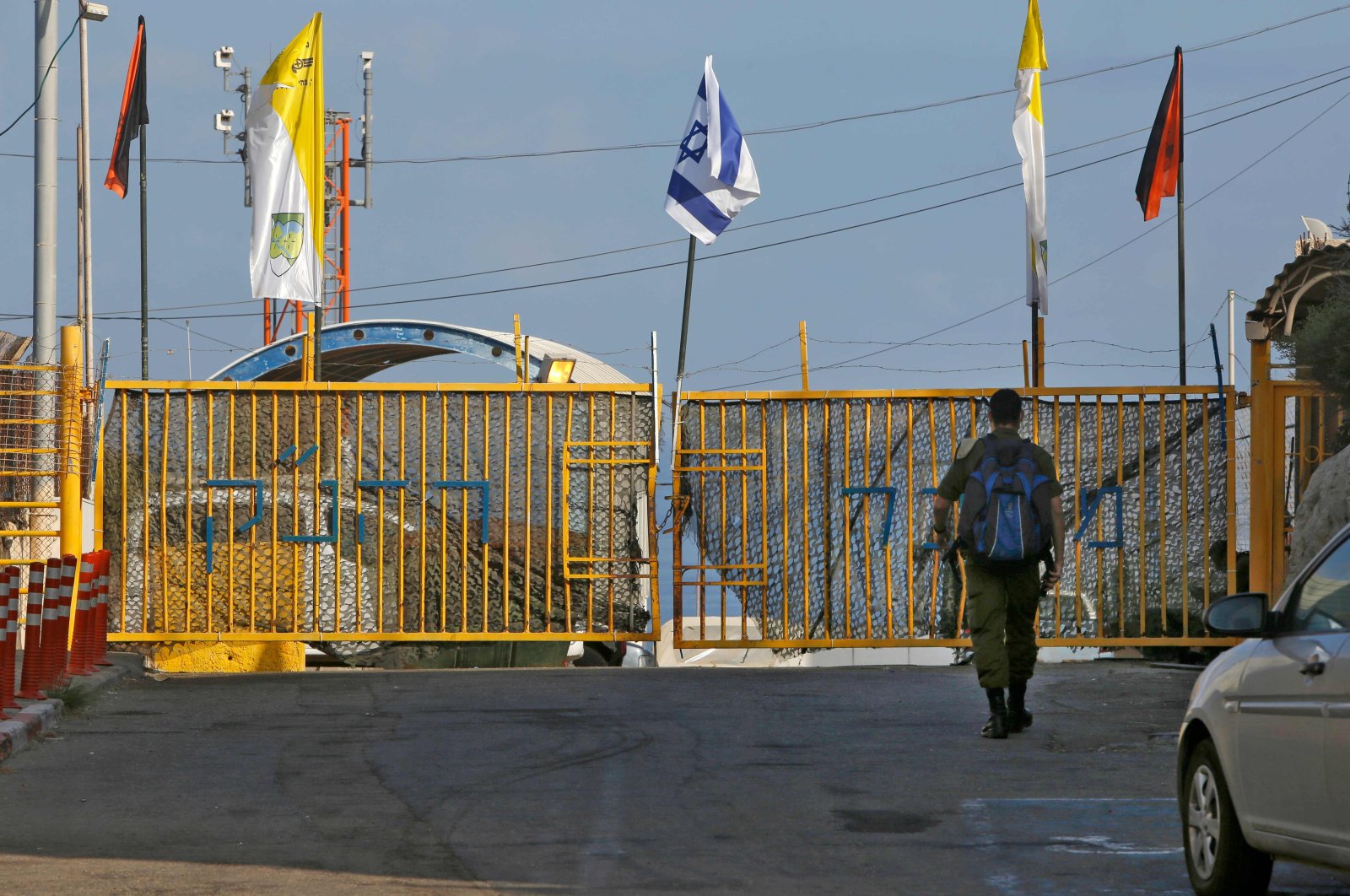 An Israeli soldier walking up to the gate of the Rosh HaNikra Crossing, also known as the Ras Al Naqoura Crossing, between Israel and Lebanon on Oct. 12, 2020. (AFP Photo)
by French Press Agency - AFP Oct 13, 2020 12:20 pm
RECOMMENDED

Lebanon and Israel, formally still at war after decades of conflict, will launch talks on Wednesday to address a long-running dispute over their maritime border running through potentially gas-rich Mediterranean waters.

The talks follow three years of intensive pushing by Washington and were announced less than a month after the United States stepped up pressure on political allies of the Iran-backed Lebanese group Hezbollah.

They also come after the United Arab Emirates (UAE) and Bahrain agreed to establish full relations with Israel, under U.S.-brokered deals which realign some of Washington's closest Middle East allies against Iran.

Hezbollah, which fought a five-week conflict with Israel in 2006, says the talks are not a sign of peace-making with its long-time enemy. Israel's energy minister also said expectations for Wednesday's meeting should be realistic.

"We are not talking about negotiations for peace and normalization, rather an attempt to solve a technical, economic dispute that for 10 years has delayed the development of offshore natural resources," minister Yuval Steinitz tweeted.

Nevertheless, U.S. Secretary of State Mike Pompeo has described the decision to go ahead with the talks as "historic," and said Washington looked forward to separate talks later over disagreements on the two countries' land border.

Wednesday's meeting will be hosted by the United Nations Interim Force in Lebanon (UNIFIL), which has monitored the disputed land boundary since Israel's military withdrawal from south Lebanon in 2000, ending a 22-year occupation.

A Lebanese security source says the two sides will meet together in the same room in UNIFIL's base in south Lebanon but will direct their talks through a mediator.

Disagreement over the sea border had discouraged oil and gas exploration near the disputed line. That may be a minor irritation for Israel, which already pumps gas from huge offshore fields.

For Lebanon, yet to find commercial reserves in its own waters, the issue is more pressing. Lebanon is desperate for cash from foreign donors as it faces the worst economic crisis since its 1975-1990 civil war, and its currency has collapsed.

The financial meltdown was compounded by an explosion that wrecked a swathe of Beirut in August, killing nearly 200 people and the COVID-19 pandemic.

Struggling to form a new government to tackle the multiple crises, some Lebanese politicians even argued this week over the formation of their negotiating team, with the prime minister's office complaining it was not consulted by the presidency.

For Hezbollah and Amal, the decision to start the border talks was a "tactical decision to neutralize the tensions and the prospect of sanctions ahead of the US elections," said Mohanad Hage Ali, a fellow at the Carnegie Middle East Center. Berri, an influential Shiite leader in charge of the border file, has denied being pushed into the talks.

In 2018, Beirut licensed a group of Italy's Eni, France's Total and Russia's Novatek to carry out long-delayed offshore energy exploration in two blocks. One of them, Block 9, contains waters disputed with Israel.