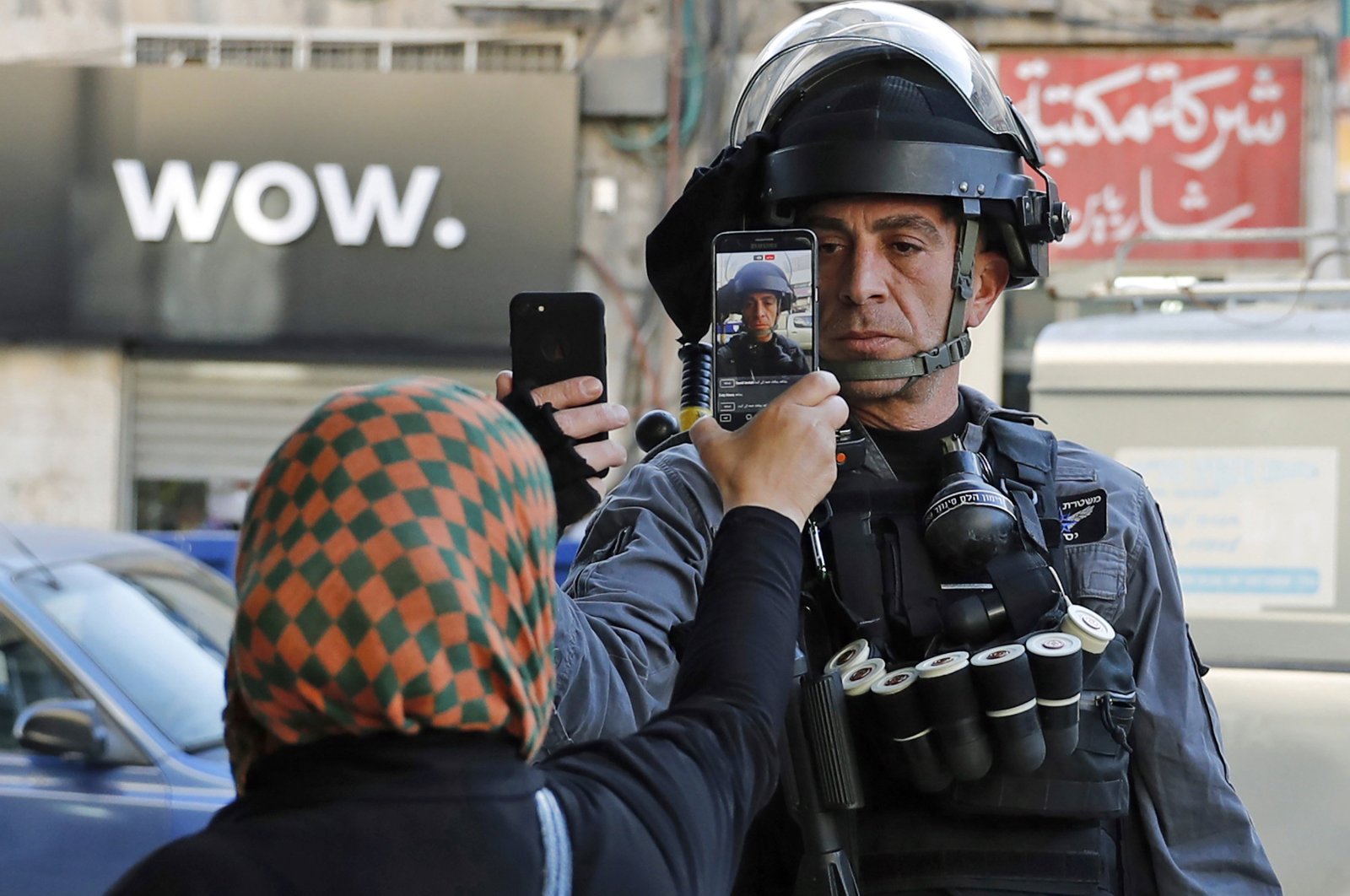 A Palestinian woman takes a picture of a member of the Israeli security forces as he takes her picture in a street in Jerusalem, Dec.16, 2017.
by Anadolu Agency Jun 25, 2020 6:25 pm

At least 95% of Palestinian detainees in Israeli prisons have suffered torture, the Palestinian Prisoners' Society (PPS) said in a statement Thursday.

The statement was released ahead of the International Day in Support of Victims of Torture on June 26.

"Israel adopts multiple methods of torture detainees physically and psychologically, through a system of comprehensive violence," it said.

"Detainees are subjected to sleep deprivation through continuous interrogation sessions for up to 20 hours (...) preventing blood circulation from reaching their hands, covering their head with a dirty bag, as well as continuous, beating, slapping, kicking, verbal abuse and intentional humiliation," the statement added.

The Israeli authorities also threaten the detainees with arrest, sexual abuse and killing of their family members and demolishing their homes, the PPS said.

The number of Palestinians in Israeli prisons currently stands at around 5,000.