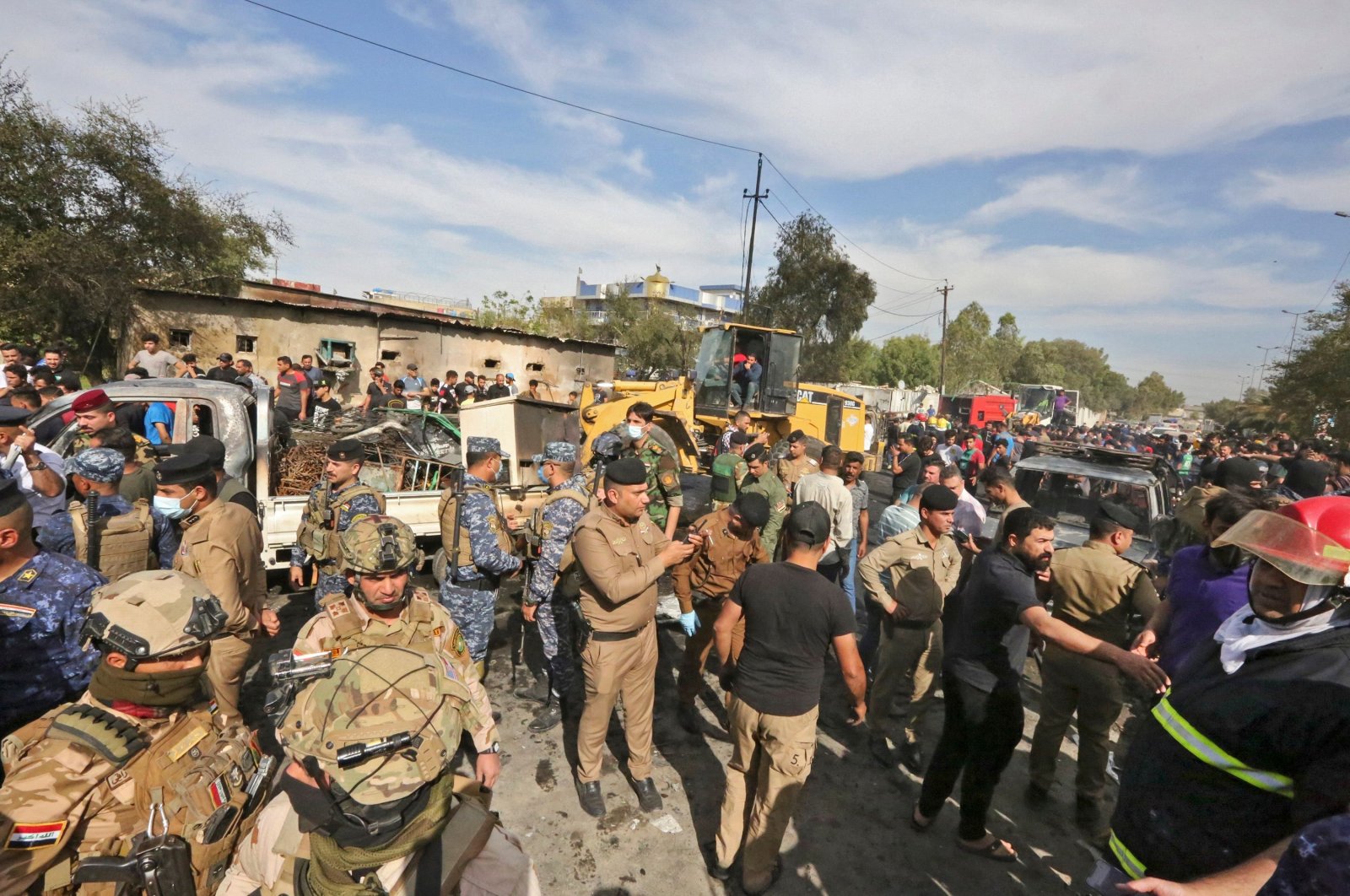 Members of the Iraqi army and security forces gather at the scene of an explosion in the Habibiya district of the Sadr City suburb of Iraq's capital Baghdad, April 15, 2021. (AFP Photo)
by ASSOCIATED PRESS Apr 15, 2021 5:26 pm
RECOMMENDED

At least one person died and 12 others were injured after a strong explosion erupted in a market in eastern Baghdad on Thursday, Iraq's military said.

A police official said the blast in the capital's Sadr City, in the Habibiya neighborhood, was caused by a car bomb. It sent a cloud of black smoke above the area. Shortly afterward, a crowd of people gathered around the mangled wreckage of a charred car and a burned-out white van. A fire engine was parked nearby.

A military statement said one person was killed and 12 injured, according to a preliminary investigation. Five vehicles were burned, it added, without saying what caused the blast. The police official spoke to The Associated Press (AP) on the condition of anonymity because he was not authorized to give press statements.

Explosions in the Iraqi capital, particularly in the predominantly Shiite Muslim Sadr City district, were once almost daily occurrences but have become less frequent in the past few years, particularly following the defeat of the Islamic State group in 2017. In January, twin suicide bombings ripped through a busy market in the Iraqi capital, killing more than 30 people and wounding dozens. No one immediately claimed responsibility for Thursday's bombing.

The development comes hours after a drone strike targeted U.S.-led coalition troops near Irbil airport and a Turkish military base in northern Iraq. Wednesday night's drone attack targeted coalition forces based near Irbil international airport and caused a fire that damaged a building, according to the Kurdish region's Interior Ministry and coalition officials.

Separately, a rocket attack targeting a Turkish military base in northern Iraq's Bashiqa region killed one Turkish soldier and wounded a child in a nearby village, Turkey's Defense Ministry said. There was no claim of responsibility for either attack.