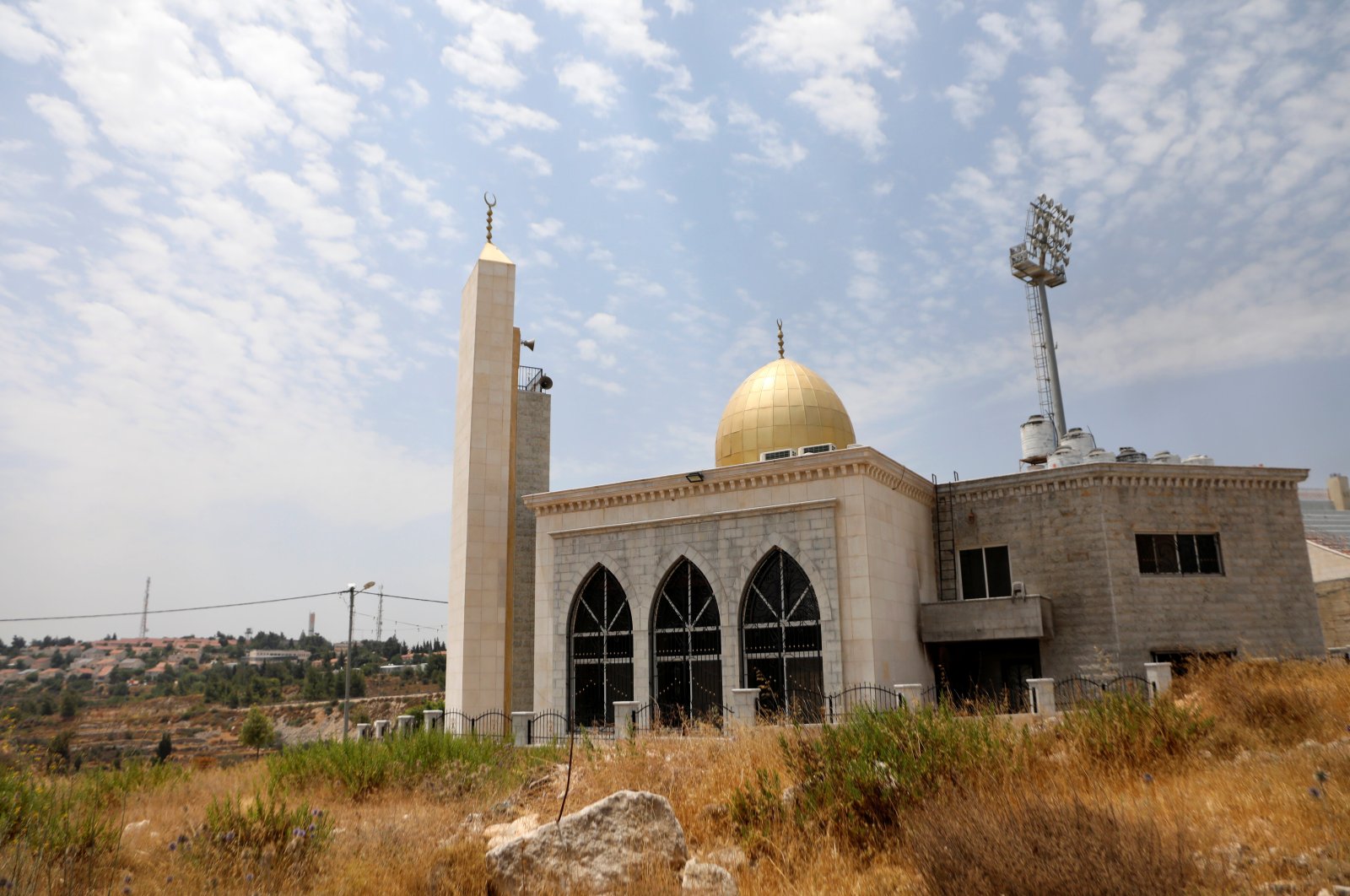 Evidence of arson can be seen on the facade of a mosque in al-Bireh in the Israeli-occupied West Bank, July 27, 2020. (REUTERS Photo)
by DAILY SABAH WITH AGENCIES Jul 27, 2020 1:22 pm
RECOMMENDED

A section of a mosque in the occupied West Bank was vandalized in a suspected "price tag" attack, revealing ongoing Israeli settler violence against Palestinians in the occupied territories.

Attackers spray-painted anti-Arab slogans and racist graffiti on the walls of a mosque in the city of al-Bireh in the central West Bank, the residents said.

The Palestinian Religious Affairs Ministry and Palestinian chief negotiator Saeb Erekat accused Jewish settlers of setting the blaze. "This is racism and apartheid," Erekat said in a statement.

Hussam Abu El-Rub, an official with the Awqaf and Religious Affairs Ministry, held the Israeli government "responsible for such criminal and racist acts." He accused the Israeli authorities of supporting "these terrorist groups that do such acts," going on to call on the international community to intervene to "stop these groups from attacking Muslim holy sites."

"Price tag" vandalism is a strategy used by extremist Jewish settlers to attack Palestinians and their property in retaliation for perceived threats to Israeli settlement expansion. Slogans in Hebrew similar to the one spray-painted in black outside the mosque have been used in previous attacks on Palestinian property which Israeli police suspect were carried out by settlers in the West Bank. The settler attacks ranged from "beating up and throwing stones at Palestinians, painting nationalist and anti-Arab or anti-Muslim slogans, damaging homes and cars to cutting down trees belonging to Palestinian farmers," according to a report revealed by the Israeli newspaper Haaretz last year. Based on the report, settler attacks against the Palestinians in the occupied West Bank tripled in 2018, with at least 482 attacks against Palestinians reported, up from only 140 in 2017.

The settlements are one of the most heated issues facing the Israeli-Palestinian peace talks, frozen since 2014. The international community regards all Israeli settlements in the occupied Palestinian territories to be illegal and a major obstacle to Middle East peace. Israel captured the West Bank in the 1967 Six-Day War, and more than 400,000 settlers now live there among some 3 million Palestinians. Palestinians, who seek a state in the West Bank, Gaza and east Jerusalem, say the settlements, viewed by most nations as illegal, make a future country unviable.