Multiple arrests in Israel as thousands protest against Netanyahu 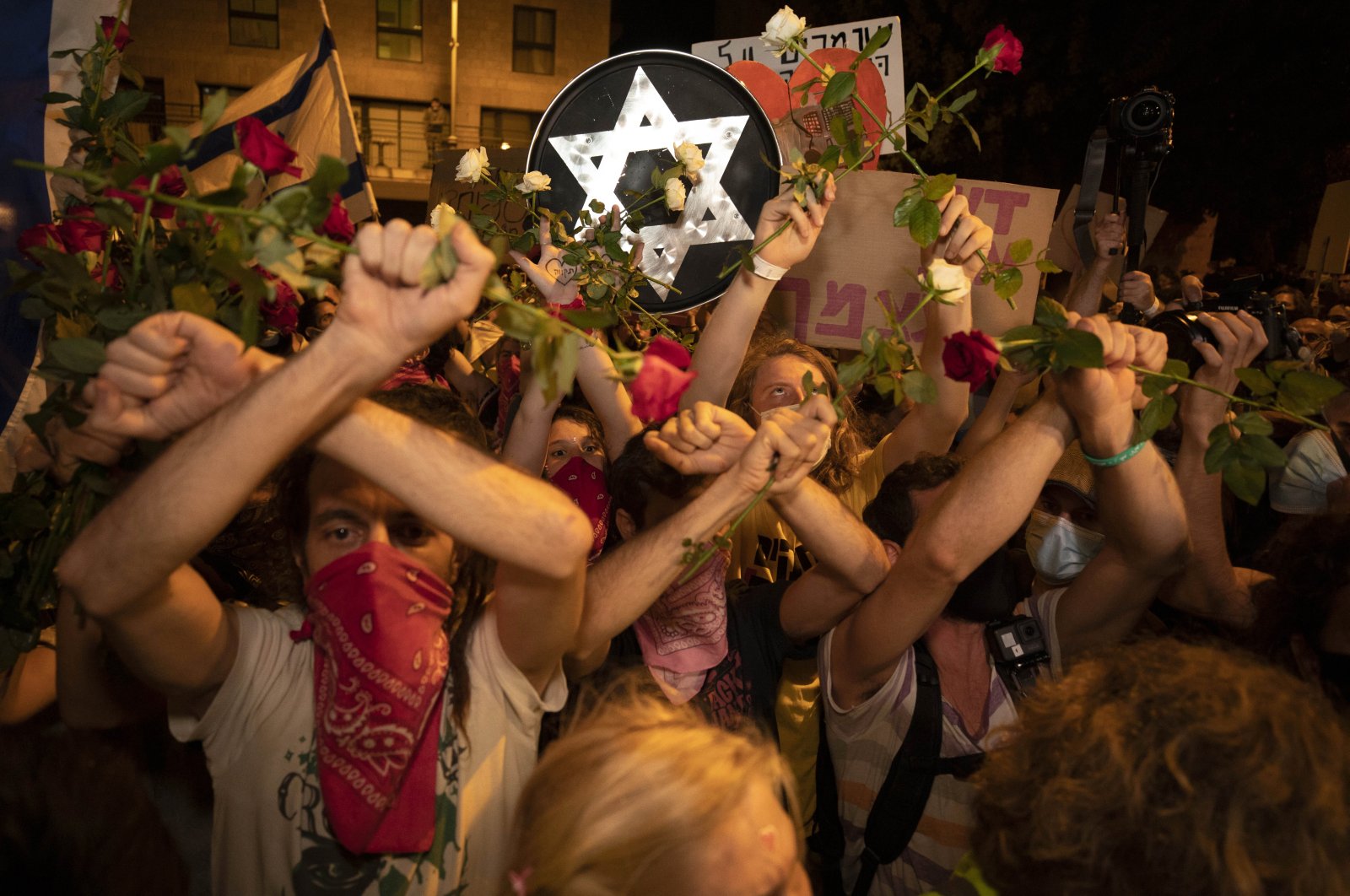 Demonstrations against Netanyahu after sunset on Saturday have become a weekly occurrence.

Economic protesters hit hard by restrictions to curb a second wave of coronavirus in Israel have joined political protesters, who demand the long-time prime minister step down until he proves his innocence in a corruption trial that started against him in May. Netanyahu denies the allegations against him.

An estimated 10,000 Israelis turned out in Jerusalem late on Saturday, while many more protested outside Netanyahu's private villa north of Tel Aviv and on bridges over highways across the country.

"Whoever is here, is taking part in an illegal gathering. No procession will be allowed. Anyone who disturbs the order will be arrested," an officer in a police car, using his megaphone, told the protesters in Jerusalem.

The demonstrators waved Israeli flags, and chanted: "We won't give up until Bibi resigns." Bibi is Netanyahu's nickname.

The overnight protests have continued despite the Israel-United Arab Emirates (UAE) peace treaty, widely seen in Israel as a major foreign policy achievement for Netanyahu.