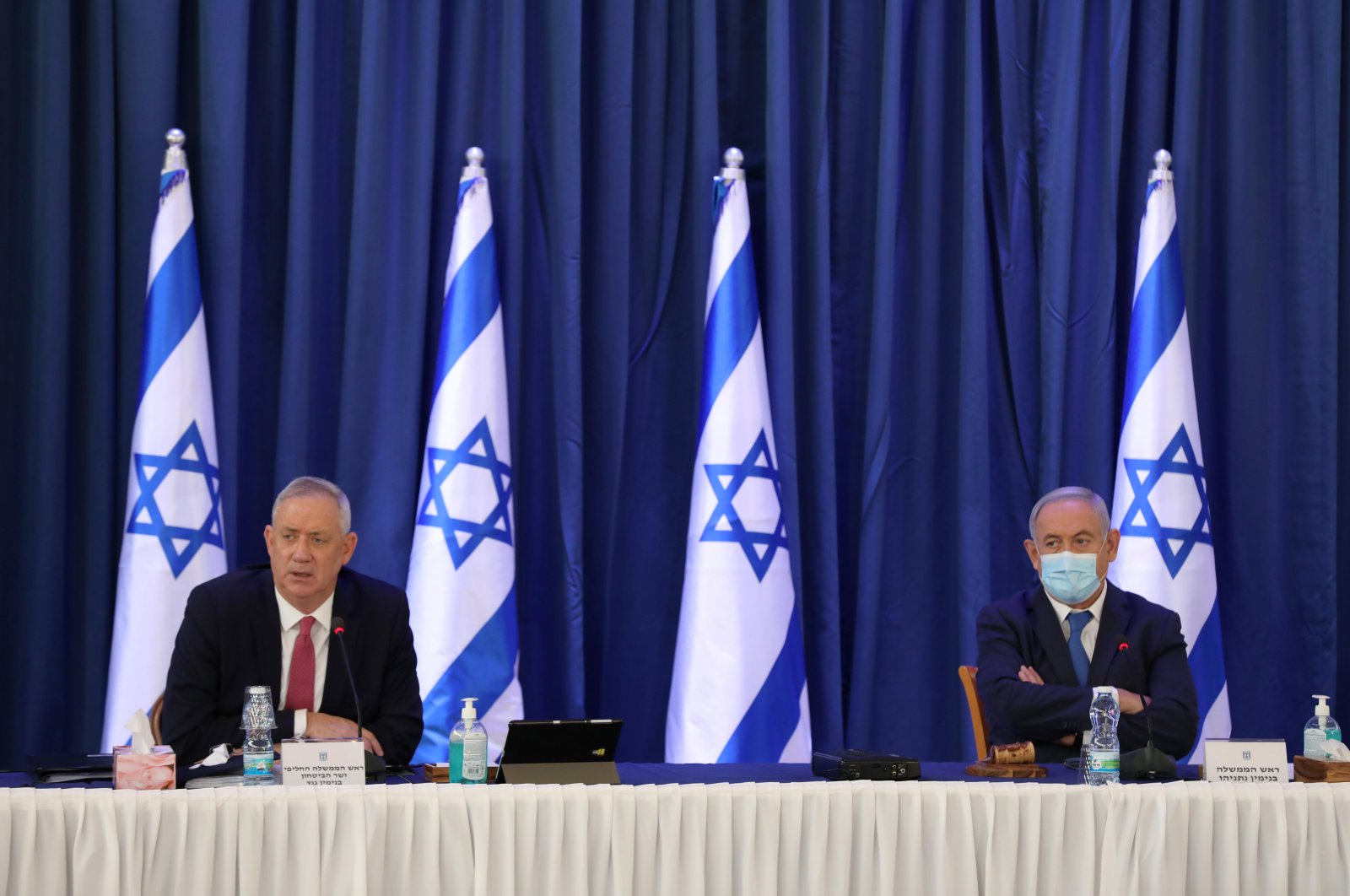 But Netanyahu was quoted by a spokesman as telling legislators from his right-wing Likud party that annexation steps due to be debated by the cabinet as early as Wednesday did not depend on Gantz's support.

The two uneasy partners in a coalition formed last month were both meeting visiting officials from Washington, which wants to see consensus within the Israeli government before giving a green light to Netanyahu's plans.

A Netanyahu-Gantz rift might, therefore, delay a cabinet debate on annexation that both had agreed could begin as early as July 1.

A source in Gantz's party quoted him as telling the U.S. officials Monday – Ambassador David Friedman and White House adviser Avi Berkowitz – that the July 1 target date was "not sacred."

In remarks broadcast later, Gantz told members of his centrist Blue and White party that "what is not corona-related will wait until the day after the virus." He has estimated the health crisis could last another 18 months.

Netanyahu has said he intends to extend Israeli sovereignty to Jewish settlements and the Jordan Valley, as envisaged by a blueprint announced by U.S. President Donald Trump in January under which Israel would control 30% of the West Bank.

International opposition has mounted in the past few weeks, with Palestinian leaders, the United Nations, European powers and Arab countries allied with Israel all denouncing any annexation of land that Israeli forces captured in a 1967 war.

The Israeli foreign ministry accused Bachelet of bias and said in a statement that it was not surprising that she had made her remarks before "any decision has been made."

The Trump proposal – rejected outright by Palestinian leaders – also envisages the creation of a Palestinian state, under strict conditions.

Addressing Likud lawmakers, Netanyahu said Blue and White was "not the decisive factor this way or the other," according to a spokesman. Netanyahu appeared to be alluding to support for annexation from ultra-Orthodox and far-right legislators.

The U.S. embassy could not immediately be reached for comment.